Property Brothers’ JD Scott reveals staying off ‘gluten, dairy, sugar and soy’ has HEALED him… after feeling like he was ‘dying’ from mystery illness

Property Brothers At Home star JD Scott felt like he was on the verge of dying, he revealing in a video with his fiance Annalee Belle last week.

The 43-year-old brother of Jonathan and Drew Scott of Property Brothers fame added the doctors could not determine what was ailing him.

But in an interview with HollywoodLife shared on Monday the TV vet disclosed that eliminating certain foods from his diet has helped make him feel much better. 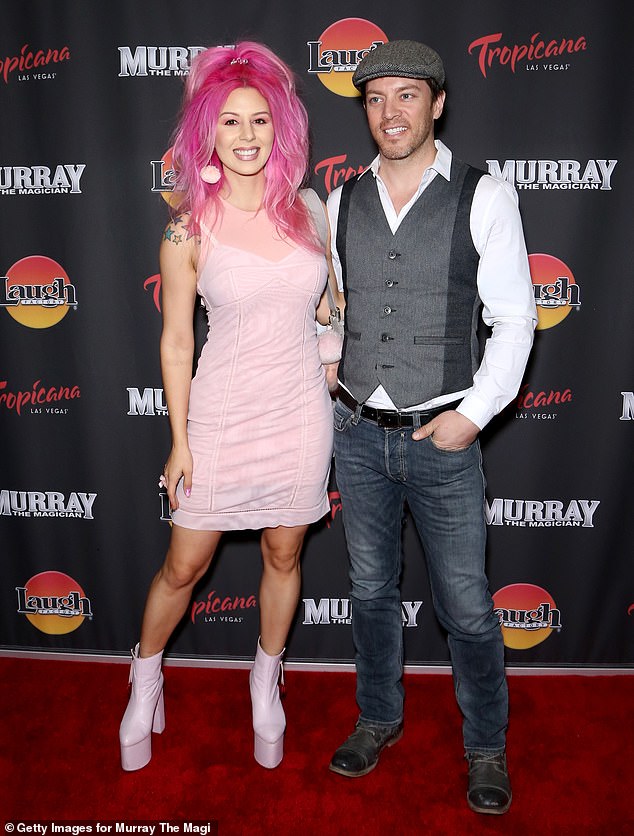 His remedy: Property Brothers At Home star JD Scott felt like he was on the verge of dying, he revealing in a video with his fiance Annalee Belle last week. Now he says he’s found something that has helped. Pictured in 2018

‘I had been to all these specialists — Neurologists, Rheumatologists in the last year. Finally, I saw this functional doctor and I met him through the TV series that we do and he wanted to tackle it from a different perspective and he ran all these different tests on me and he actually found something that none of the others found,’ he said.

‘It was a pretty severe infection in my gut, my GI track and he also found that there was a lot of — I was missing certain things from my diet and I had other foods I was eating that I was extremely sensitive to.

He felt like the combination of these things were causing the overall symptoms that JD was experiencing. ‘He treated the infection first and he put me on this diet where I could basically only eat air! It was a very restrictive, elimination diet. I’ve gotten back a lot of the functionality that I hadn’t had in over a year,’ said Scott. 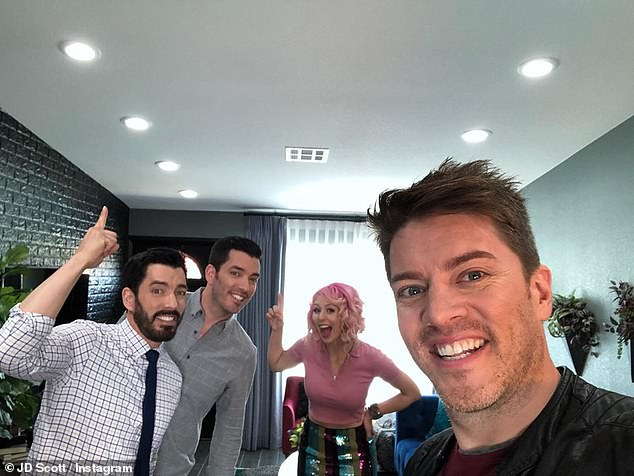 With family: The star seen with his twin brothers as well as his fiancee on Instagram

JD also said that the infection ‘could’ve been in my body for years and I wouldn’t know about it.’

And there were specific things he was told to give up.

‘I’ve removed all gluten, dairy, sugar, and soy. I’m doing so well that I haven’t wanted to tinker with it yet,’ said the star.

‘I was uncovering that I have a lot of high-level sensitivities to a lot of particular foods. One food is gluten, which I didn’t know that before, and it was causing my body to become very inflammatory.’ 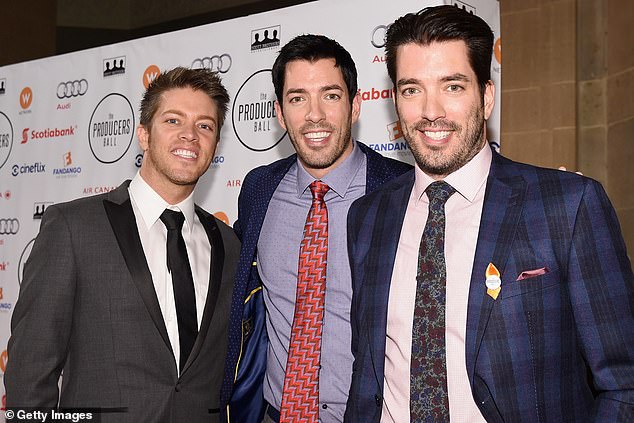 Results:from left, JD Drew and Jonathan are seen at an event in 2015

He had just come back from Drew’s wedding and was having ‘some difficulties there with heat and getting tired with it.’

He added, ‘It was something that you could almost kind of shrug off. It didn’t seem as important at the time.

‘When I got back to Vegas, Annalee had to go out of town, and I had this one night where suddenly, I felt like I was having a heart attack to start with and the sensitivity to heat a couple of days before that had gotten really, really bad.

‘So, I ended up going to the hospital because I thought my heart was having issues. It turned out my heart was fine, but those were symptoms of the overall issue that was going on, and they then started the process of trying to figure out.’

He also said it was hard keeping his illness quiet. 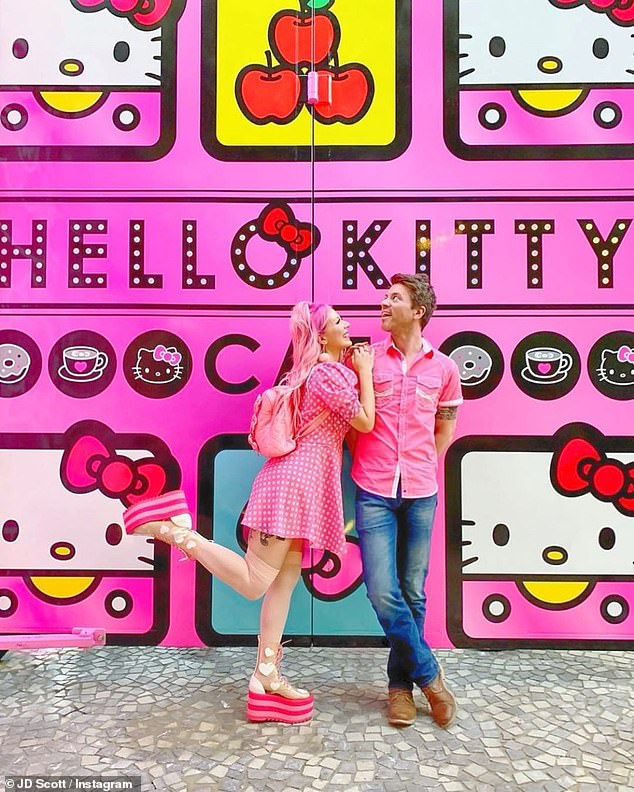 Lean on me: In an interview with HollywoodLife shared on Monday the TV vet disclosed that eliminating certain foods from his diet has helped make him feel much better

‘The sickness was difficult to live through it. I had never dealt with a lot of these things that were suddenly thrust upon me and trying to figure out and what was wrong at the time and suffering from these debilitating symptoms was very difficult.

‘All through that, I was maintaining this heir of ‘Everything was fine’ from outward appearances because business has to go on as usual. I hadn’t told fans anything. It had gone on so long, it was time to tell people.’

One of his symptoms was ‘brain fog — Very foggy, almost dizzy feeling all of the time. There’s a blanket over your brain.’

And the heat sensitivity made him comatose state for a couple of days.

‘I couldn’t really do anything — even walking for too far caused me extreme fatigue. It’s one of the reasons why I’ve been kind of trapped in my house or my office is because I can’t go anywhere without suffering these terrible symptoms.’ 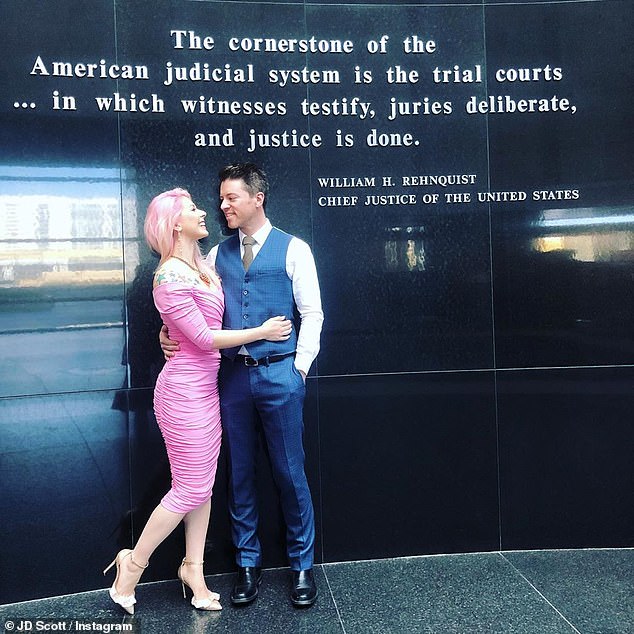 Details: Scott first talked about his difficult journey. ‘I had been to all these specialists — Neurologists, Rheumatologists in the last year. Finally, I saw this functional doctor and I met him through the TV series that we do and he wanted to tackle it from a different perspective and he ran all these different tests on me and he actually found something that none of the others found,’ he said

But he’s better off now: ‘I’m pretty good right now. The treatment I’ve been getting has been helping a lot. As long as I’m in a controlled environment, I’m OK. As long as the heat doesn’t go over a certain temperature or I’m not doing too much work during the day.

JD explained in the video, which he titled, The Truth Behind JD’s Mysterious Last Year, that he was frightened when he first fell ill.

‘That event there was so bad that I thought I was dying… I was preparing all my estate and writing out passwords,’ JD said while sitting on the couch next to Annalee. 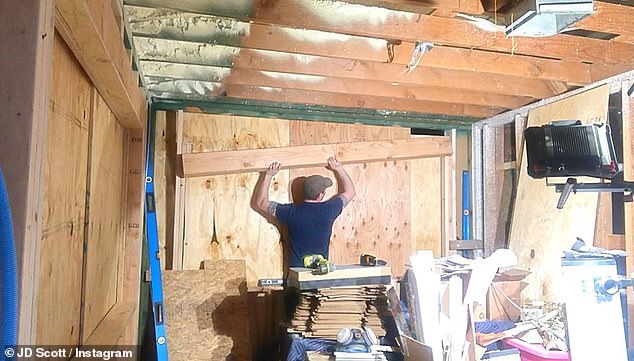 Working: JD has said that he does construction on homes and here he is seen working at night

At first the doctors thought the TV personality had an autoimmune disease and cited lupus.

But soon after, they diagnosed that he did not have lupus and instead, they believed he had not one, but two brain aneurysms. 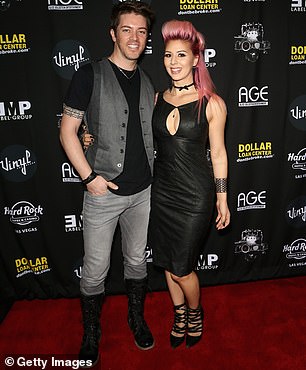 Pictured in 2018 with his future wife

As a result, Scott saw a neurologist who told him he didn’t believe he was suffering any aneurysms after all, but that instead a ‘new pathway had formed’ in his brain, but according to the doctor, it wasn’t a life ending situation.

In the end, the best answer doctors could give the brother of Jonathan and Drew Scott was that he was ‘not suffering from one thing, that it’s a few things that are culminating into these symptoms.’

Other symptoms included a ‘crawly feeling’ JD would get in his head, which his neurologist explained was a ‘pretty rare’ condition called a nummular headache.

JD finished the video by saying that he isn’t completely healed yet but that at times, he’s gone back to feeling like his normal self.

He then encouraged fans to ‘try every avenue’ if they face issues with their own health. 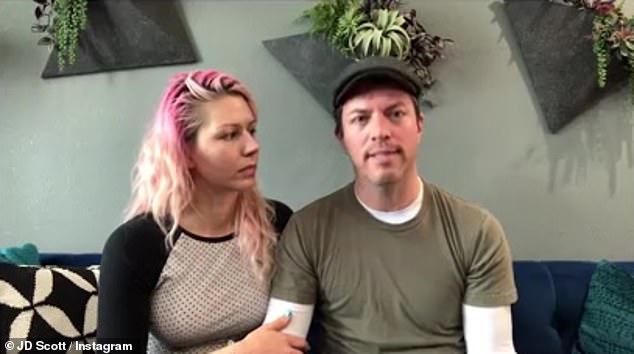 Looking ahead: ‘I appreciate all of you. We’re getting there. Lots of good stuff to come,’ JD concluded the emotional video shared last week

‘I appreciate all of you. We’re getting there. Lots of good stuff to come,’ J.D. concluded.

JD, whose younger brothers are the stars of the Canadian house-flipping show, announced his engagement at the end of last year.

‘It looks like I get to spend the rest of my life with you. I’m on cloud 9 right now! #SheSaidYes #Engaged #Proposal #LoveOfMyLife,’ J.D. captioned.

As for his brothers, Drew is himself a newlywed – he and his longtime girlfriend Linda Phan had a destination wedding in Italy last May, People reported.

Meanwhile, Jonathan is a divorcee, having been married to an airline crew scheduler called Kelsy Ully from 2007 until 2013.

Property Brothers, which is on HGTV in America, began airing in 2011 and is still going strong in its 13th season, which began in September.