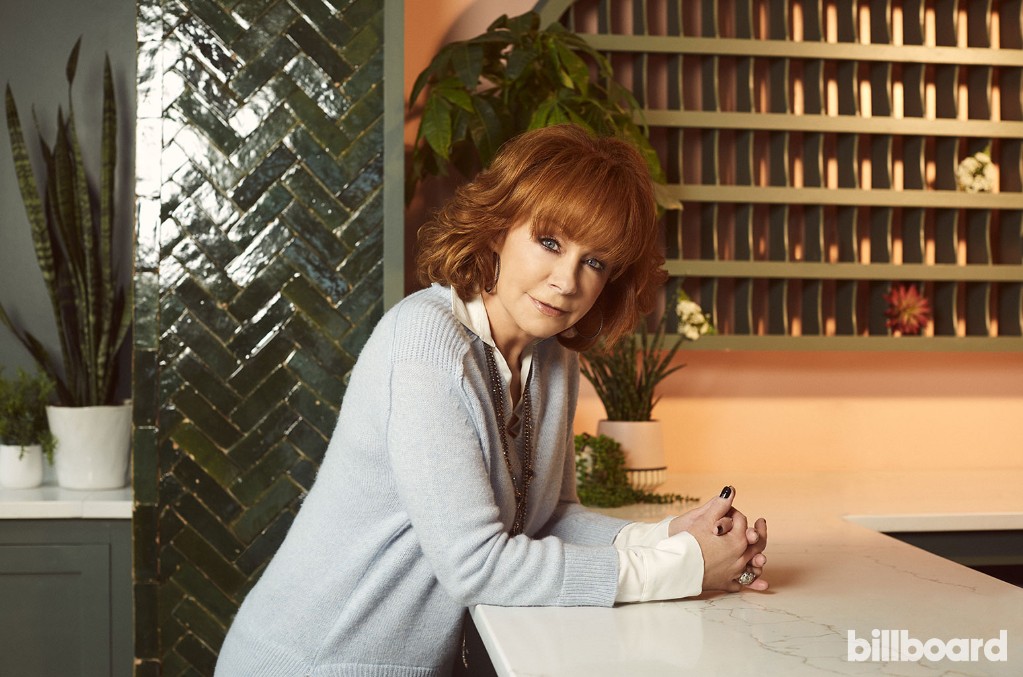 Not that Reba McEntire needed more credits on her impressive resume beyond award-winning singer, actress and entrepreneur, but she can now add podcaster.

“Living & Learning with Reba McEntire” launches on Spotify on Monday (Sept. 21). On the weekly podcast, McEntire and her co-host, her former Reba co-star Melissa Peterman, will tackle a different topic each week with the help of an expert on the subject and a fellow celebrity.

Among the guests will be Dolly Parton, Jane Fonda, Queer Eye for the Straight Guy’s Karamo Brown, Kristin Chenoweth and author Glennon Doyle.

McEntire talked to Billboard about why now ended up being the perfect time to start her new venture, for which she has already taped 12 episodes, and what fans can expect.

Why was now the right time for you to launch a podcast?

I’ve always believed everything happens for a reason. We were talking about it this past year and I agreed to do it. We started it the first of March and then COVID happened so all my dates were pushed til next year, all my concerts, everything I was going to do, even my dates with Brooks & Dunn at Caesars Palace. So, that gave me this, which I’m very glad, and to have Melissa Peterman do the podcast with me. We’ve had a blast. It’s been so interesting. We’ve learned a lot.

Oh, shoot. Well, we talked about cancel culture. We talked about rejection and how to deal with it. Manners. Age is nothing but a number. People’s different viewpoints. Spirituality. It’s just been so interesting to get their viewpoint because we have an expert and a celebrity on to talk about it, so it’s been very interesting to hear everybody’s viewpoint. And then Melissa and I get to chime in and give our opinions. So it’s at least four different opinions of the topic we’re discussing each show.

A number of country artists have podcasts, including Midland and Martina McBride, but they focus on music. What made you decide to focus on lifestyle?

Well, that’s something everybody can relate to. If you’re just dealing with music or cooking, not everybody wants to talk about that. I wanted to do something different that would keep my interest.

Are there podcasts that you listen to regularly that helped you come up with your concept?

No, I’m not a podcast listener. I have listened to a few things, but what I liked about the podcast arena is that they’re all different topics. Some are books, some are stories, some are mysteries. It’s all different and you’ve got such a broad spectrum of things to choose from. It’s a diverse menu. I’m also looking for new songs for a new album, so when I am in a car, usually I’m listening to new songs to try to find a song to record instead of listening to a podcast.

Lest anyone think this is going to be too serious or too high brow with all the experts, you also play a game where guests answer questions such as “Would you rather get pooped on or barfed on?” Was the thinking that there had to be some hijinks mixed in with the lessons?

Oh, heck yeah. You got a happy attitude and a little humor in it at all times, and how could you not with Melissa Peterman as co-host?

Why is Melissa your perfect sidekick?

She’s my perfect sidekick for a lot of different reasons. She’s interesting. She’s very intelligent. She has great questions and she’s not a person that wants to just talk all the time and not listen. She’s very good about listening. She does her research. She and I get along very well.

What has been the biggest learning curve for you in terms of how to do a podcast?

I say learning the format. To find the format and stick with it. I was kind of all over the place at first, like “Why can’t we do this?” And they said, “You’ve got to have structure.” And I said, “OK! Y’all know what you’re doing more than I do.” So it was just getting into the groove of things that was not that hard to do, but just trying to find out place.

You’ve already got some great guests. Who is on your wish list?

Dan Levy. He’s so funny. Bette Midler I would love to have on. Garth [Brooks] and Trisha [Yearwood] would be a lot of fun. I’m such a fan of entertainment. Melissa brings a lot of people outside my wheelhouse. That’s what’s really exciting to me. Karamo Brown, I didn’t know he was. I didn’t watch Queer Eye and to get to sit and visit with him via Zoom was really educational for me. I learned so much, and he’s such a nice person. He’s so smart. So it just broadened my horizon, and that’s the kind of thing that I want. Not only the people that I want to interview that I know about, but to be introduced to people that I’ve never heard of before and to know more about their world.

Are you a Schitt’s Creek fan, since you brought up Dan Levy?

That’s a sitcom that had a lot of heart, just like your sitcom, Reba. Is there any update on a Reba reboot?

Unfortunately not. We can wish and want all we want. But until the powers-that-be make the decision to bring it back, do a reboot or a reunion or a two-hour movie, it’s totally up to them since they own it. We’re just letting them know that we’re ready to participate.

Your classic album Rumor Has It just celebrated its 30th anniversary. Why do you think that album has held up so well?

See several excerpts from his three-hour symphony with Rogan below. He’s prioritizing...

The staff told him that he had a call from a “third party,” which turned out to...

With help from Lizzo, Travis Scott, Rosalia and some of the biggest names in modeling, Rihanna...