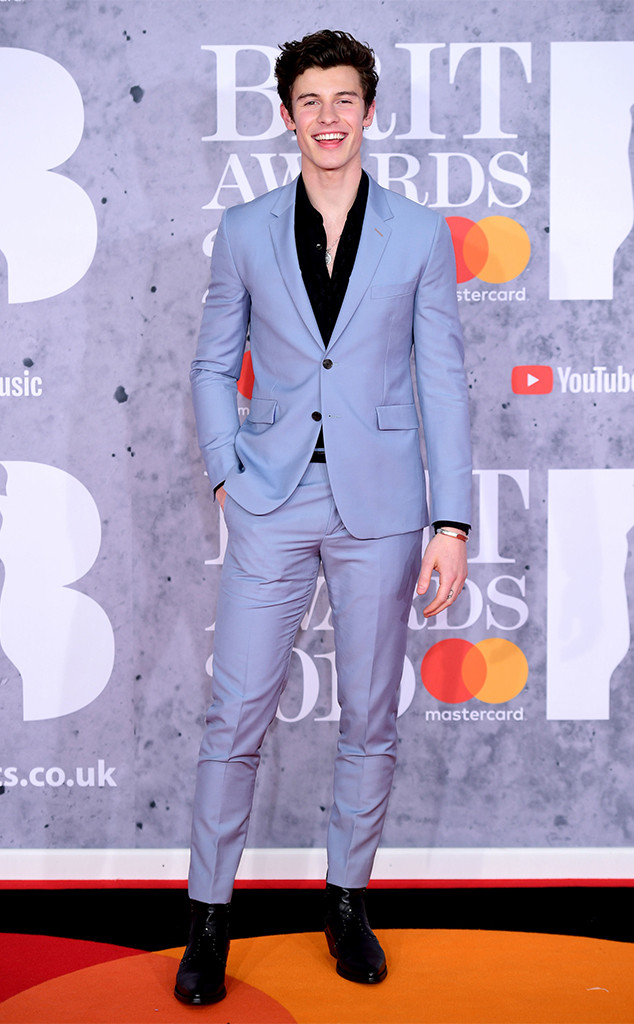 You wouldn’t know judging by the formal fashion styles Shawn Mendes has worn on the red carpet just how ripped he is.

He strips down and showcases his impressive bod in a hot new Calvin Klein underwear campaign.

The 20-year-old singer was named as the company’s newest brand ambassador in February and stripped down to boxer-briefs in sizzling ads. In the new “I SPEAK MY TRUTH IN #MYCALVINS” campaign, Mendes sports them once more, posing seductively in a variety of poses. He posted a few pics on his Instagram page and E! News has also obtained exclusive behind-the-scenes images of him from the photo shoot.

“I would have loved to comment on this, but my Fruit of the Loom contract prevents me from doing so. #fotlpartner,” John Mayer joked in the comments.

A behind-the-scenes look at the ad campaign photo shoot.

Another behind-the-scenes look at the ad campaign photo shoot.

The singer gives a glimpse of his CK boxer-briefs.

The singer showcases his abs.

The photos were taken by photographer Mario Sorrenti.

“I think today was probably the shoot where I felt like as a person in front of the camera, I just let go the most, and I really think that was because of how much trust I had in Mario,” Mendes said in a behind-the-scenes video released by Calvin Klein. “I just trusted him so much that he had this beautiful eye for capturing me in ways that I never felt I’ve been captured before.”

Other stars who appear in Calvin Klein’s “I SPEAK MY TRUTH IN #MYCALVINS” campaign include Noah Centineo, Bella Hadid, A$ AP Rocky, Kendall Jenner, and Troye Sivan. Celebrities who starred in past CK underwear campaigns include Justin Bieber and Mark Wahlberg.