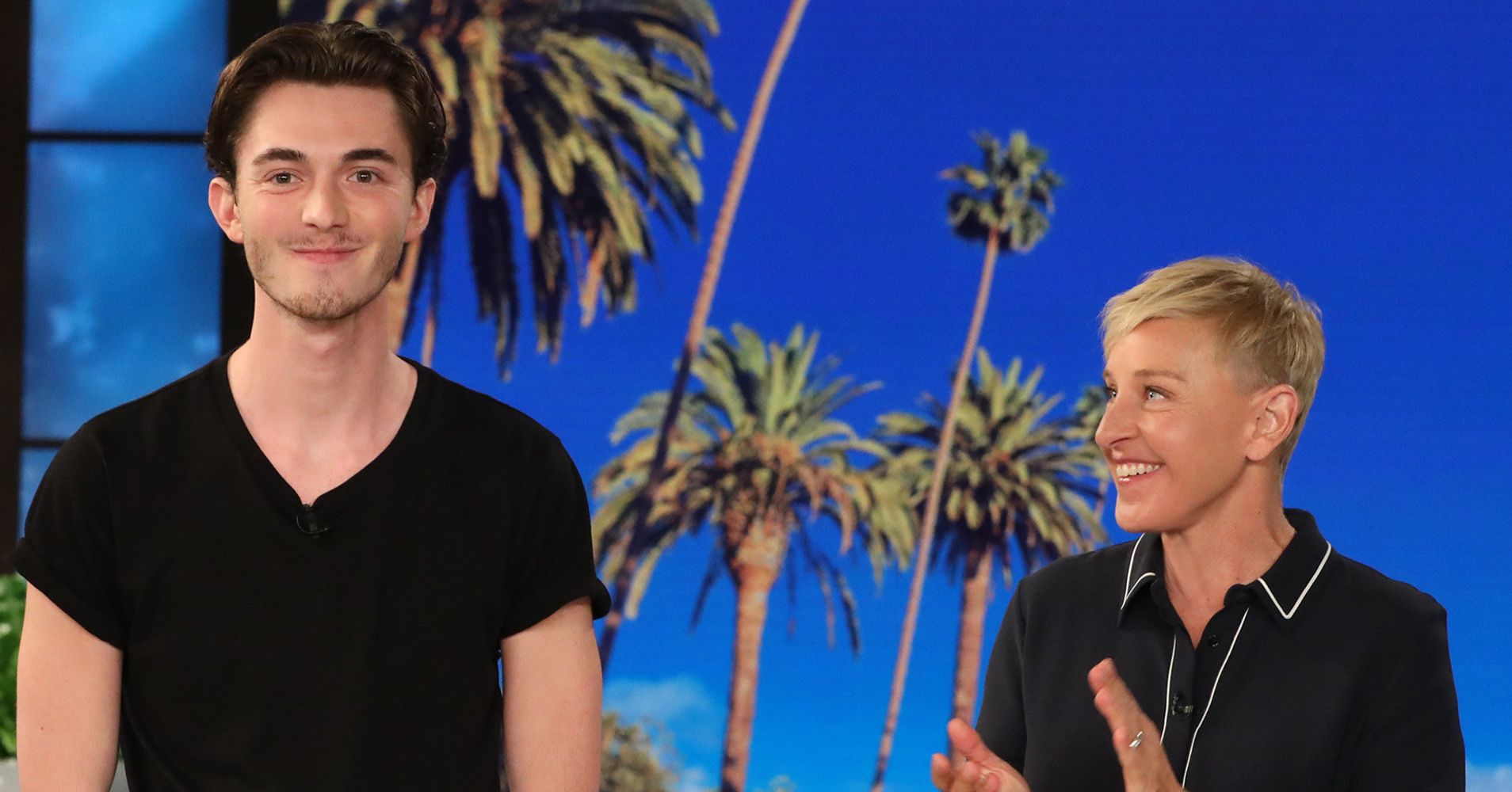 Greyson Chance had a sweet homecoming of sorts this week when he popped by “The Ellen DeGeneres Show” for an interview.

The now-21-year-old singer-songwriter first rocketed to viral fame in 2010 when a video of him performing Lady Gaga’s “Paparazzi” at a school talent show hit YouTube.

That same year, the clip ― which currently has more than 64 million views ― helped Chance score his first invitation to DeGeneres’ show. Later, he was signed to ElevenEleven, DeGeneres’ record label.

As Chance explained in his Thursday appearance, a lot has happened in those nine years. After that initial flush of teen success, he fled the Hollywood music scene, returning to his native Oklahoma for college. And in 2017, he came out as gay at age 19 via his Instagram account.

The post, he told DeGeneres, was inspired by an encounter he had with a closeted fan from Arkansas.

“He told me his story and how he was going to have a much harder time than I ever did, coming out to his family,” Chance explained. “And at the end of the message, he put, ‘You know, I know you’re not gay, but I just want to let you know that your music really inspires me.’”

He continued, “I looked at myself after that, and I was like, ‘Come on, kid, find that courage to do it. Find the confidence.’”

Later in the interview, Chance took the stage to perform his new single, “Shut Up,” from the album “Portraits,” released last month.

Though the singer released a 2011 album, “Hold On ’Til the Night,” he has said he considers “Portraits” to be his debut as opposed to a sophomore effort.

“It’s not to discredit what I did in the past,” he told HuffPost via AOL Build in March. “I’m so damn proud of that kid … [but] this is the first time I’ve had a chance to really, really have a voice and say, ‘This is what I want to do.’”