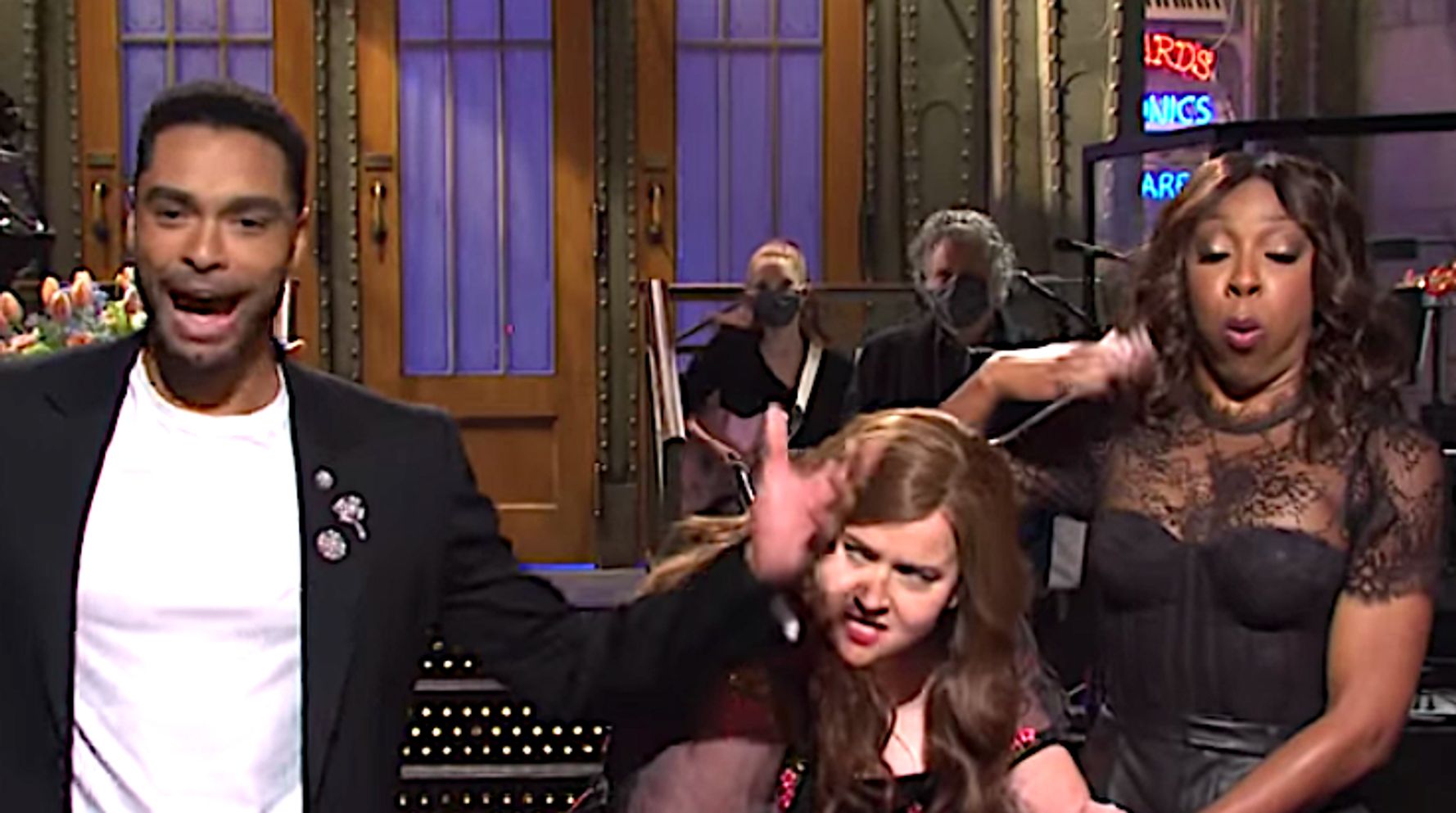 “Bridgerton” star Regé-Jean Page triggered heavy breathing from the “Saturday Night Live” cast and wild screams from the audience during his monologue as a first-time host.

The bit was supposed to be a send-up of his smokin’ hot appeal as the Duke of Hastings on the Netflix series, but it was pretty much on the money.

“You probably recognize me from ‘Bridgerton,’ the show that made everyone turn to their moms and say, ‘You know what? Nevermind I don’t think we should watch this together.’ It’s a bit of a racy show,” he explained in the monologue.

“Because of that, people may associate me being this smoldering, sensual smoke show. But I assure you, I’m just a regular guy,” Page insisted.

Then he turned to a separate camera: “I’m here to show you a good time. I want us to have fun together, to explore each other. Does that sound pleasing to you?”

Cast members Aidy Bryant, Ego Nwodim and Chloe Fineman — who dressed up as Page’s co-star Phoebe Dynevor — turned up to drool. He insisted he was “actually kind of a nerd.” But they weren’t buying it.

Later in the show, Page and Fineman were coached for sex scenes for a faux “Bridgerton” episode by creepy substitute “intimacy coaches” played by Pete Davidson and Mikey Day.

Check out the monologue in the video up top — and the “intimacy coaching” sketch here:

Twitter Asks Why The Royal Family Is Investigating Meghan Markle, Not Prince Andrew

There’s no denying that Meghan Markle has been treated differently by tabloids, compared...

Snoop Dogg might be renowned for his laid-back rapping style, but during a Sunday stream on...

Emma McIntyre/Getty ImagesPenelope Cruz and Javier Bardem attend the photocall for “Everybody...