So Posh! Check Out All the Celebs Who Can't Stop Wearing Victoria Beckham's Stylish Designs 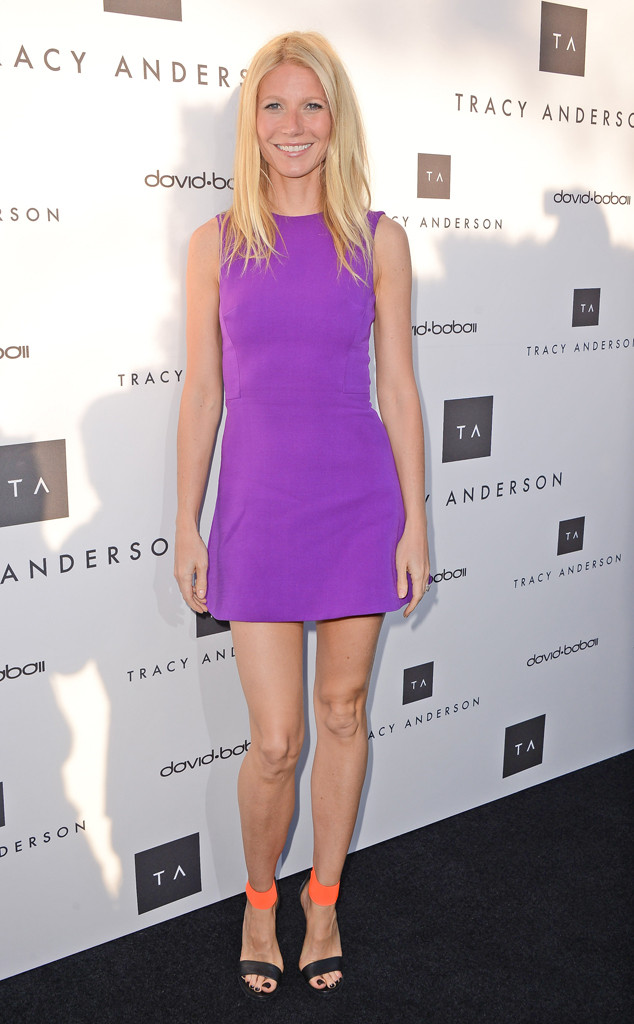 There is no doubt that Victoria Beckham has been a fashionista since her days in the Spice Girls, but since then, she also become a favorite clothing designer for her fellow A-list stars.

From Michelle Williams to Jennifer Lopez, celebrities are rocking the former pop star’s figure-flattering designs all over the world, which may be one of the reasons that the British designer and creative director of Victoria Beckham clothing is being honored with the first-ever Fashion Icon Award at this year’s E! People’s Choice Awards.

On Tuesday, E! announced Beckham as this year’s Fashion Icon Award recipient and based on her decade-long success as a fashion designer, and her impeccable personal style, we’re really not that surprised by the fact that she’s earned this coveted title.

For those of you who don’t know, Beckham started her iconic brand in 2008 and her long-time pals Gwyneth Paltrow and Eva Longoria quickly became big supporters of the brand.

In fact, the former Desperate Housewives star and the Goop founder have both picked their friend’s designs for red carpet events and television appearances and look flawless each time they rock one of her ensembles.

Clearly, the company has stood the test of time, celebrating 10 years in business this fall.

The 44-year-old designer launched a special collection in honor of this landmark for her brand and celebs like Emma Roberts have since showed off their love for the new designs by wearing the 10 Year Anniversary pieces all over the place.

Beyond her collections becoming red carpet and street staples with Hollywood’s A-list stars, Beckham can also count the Duchess of Sussex as another fan of her designs. Meghan Markle donned one of the brand’s cozy, cream-colored sweaters alongside Prince Harry at an event in Belfast earlier this year, which further cemented Beckham’s fashion icon and designer extraordinaire status.

In honor of Beckham being named this year’s PCAs Fashion Icon Award honoree, check out all of the stars who have slayed while wearing her designs below.

The supermodel and Keeping Up with the Kardashians star proves she is a true fashionista by wearing this grey menswear inspired VB ensemble to Vogue’s Forces of Fashion conference in New York City.

Born this way! Lady Gaga dazzled in a white, one-shoulder VB dress while promoting her film, A Star is Born, at the Toronto Film Festival.

Emma Roberts is effortlessly cool in a Victoria Beckham 10th Anniversary T-shirt, which she paired with high-rise jeans and an cross body bag, while out in Los Angeles this year.

Meghan Markle was a little covert while rocking her fave Victoria Beckham piece—a cozy cream-colored sweater—hiding it beneath a tan coat while walking through Belfast this spring, but she can’t fool us!

Selena Gomez proved she’s a fan of Victoria Beckham’s work, wearing this rust, floor-length frock by the designer while leaving an amFAR event in New York. Posh Spice herself fangirled on Instagram when she found out Gomez was sporting her design.

The Wonder Woman star was a total beauty in this menswear-inspired black blazer and matching pants combo from VB as she attended the 2016 UK premiere of Criminal.

Jennifer Lopez owned the red carpet in a Victoria Beckham blue, one-shoulder dress while promoting her show, Shades of Blue, at the 2016 NBCUniversal Press Tour.

The supermodel had all eyes on her while attending the 2016 Time 100 Gala thanks to this bright purple sleeveless number. Get it, girl!

Mad Men alum, January Jones was red hot in this two-piece set by the 44-year-old designer at the AOL Headquarters in New York, where she participated in their 2016 Build speaker series.

Kate Beckinsale stunned in a sleek black Victoria Beckham jumpsuit at a 2015 Barney’s event in celebration of the designer in New York City.

Lily James was pretty in pink, rocking this plaid midi dress at the 2015 San Diego Comic-Con that we are still major fans of today.

Claire Danes rocked her Victoria Beckham wrap dress with a pair of nude heels despite the rainfall as she arrived at The Late Show with Stephen Colbert in 2015.

Blazer or bust! Rose Byrne kept it cute while attending a dinner in New York to celebrate The Victoria Beckham Collection in this beautiful black blazer from the designer herself. She completed the modern look with blue pants, black stilettos and a colorful clutch.

Sienna Miller flaunted her fabulous figure at the 2015 San Sebastian Film Festival, where she showed off the open back of her checked dress from the British fashionista at a photocall for High-Rise.

Anna Kendrick was a classic beauty in a beautiful blush frock from Beckham’s collection at the 2014 British Fashion Awards in London.

The red-haired beauty looked truly elegant at the 2014 BAFTAs in this black, floor-length Victoria Beckham gown that really made her pop on the red carpet.

Rosie Huntington-Whiteley was gorgeous in gray when she wore this mini dress in Cannes, putting her glowing gams on full display at the 67th Annual Cannes Film Festival.

Fellow Brit, Suki Waterhouse rocked a modern color-block VB dress with a pair of pink kicks to the 2014 Fashion Targets Breast Cancer launch party in London and we’re not worthy of this fierce red carpet look.

Cameron Diaz was all about showing off her gorgeous gams at the 2014 CinemaCon in New York, donning this gray Victoria Beckham mini dress with white pleats.

Gwyneth Paltrow stood out in her violet Victoria Beckham mini dress on the black carpet at the 2013 Tracey Anderson Flagship Studio Opening in Brentwood, California.

Hello, fierceness! Carey Mulligan was a total babe in this modern take on a tuxedo that she wore to the 2013 Tiffany & Co. Blue Book Ball. Seriously, she looked flawless.

Viola Davis struck a pose in her Victoria Beckham ensemble at the 2012 ESSENCE Black Women in Hollywood Luncheon in Beverly Hills and made us wish we could pull off white that effortlessly.

Beckahm’s BFF Eva Longoria posed for the cameras in one of her LBD frocks outside of The Late Show with David Letterman in 2012 and looked pretty perfect if you ask us.

The Manchester By the Sea star brought a bit of whimsy to the 2012 Academy Awards Nomination Luncheon in a rain-cloud Victoria Beckham dress.

The Keeping Up With the Kardashians star brought the glamour in a VB floor-length gown at an event to welcome her and then-husband Kris Humphries to New York City back in 2011.

Miranda Kerr wasn’t afraid to take her stellar style to the streets in 2012, sporting this white, form-fitting Victoria Beckham dress. So chic!

Anne Hathaway smiled for the cameras while wearing a Victoria Beckham LBD before hosting the 2012 Women’s Media Awards in New York City.

Beyoncé shined in a classic navy dress by the stylish designer with a pendent necklace as she arrived at Michelle Obama’s fundraising dinner in 2012.

The Titanic actress was picture perfect in this fitted designer dress at the Carnage premiere during the 2011 Venice International Film Festival.

Blake Lively made us do a double take at the 2009 Angel Ball in NYC while donning this modern spin on a little black dress.