Soulja Boy is recovering after he was caught in a mudslide while driving along the coast in Malibu on Saturday night.

The area along the Pacific Coast Highway was hit by flash floods, rock fall and mudslides after heavy rain deluged the area and Soulja took to Twitter to reveal his terrifying ordeal to his five million followers.

The 28-year-old rapper didn’t go into too much detail but tweeted in the early hours of Sunday morning: ‘Was involved in a very bad car accident last night due to a flash flood and mud slide’ 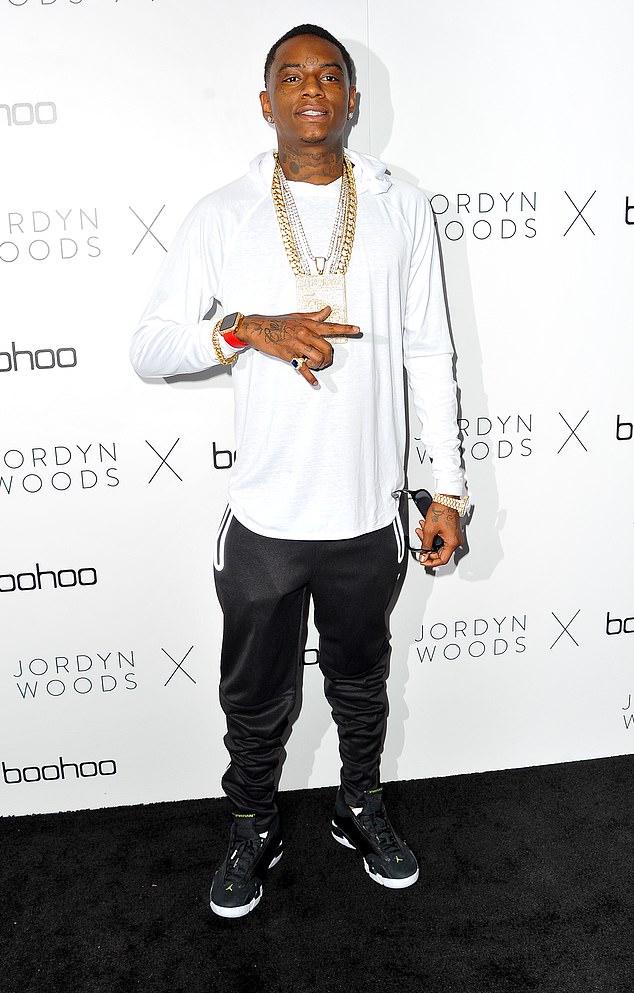 Car accident: Soulja Boy has revealed he got caught in a terrifying flash flood and mudslide in Malibu on Saturday night

It’s the same stretch of coast that was affected by the devastating Woolsey wildfire in November.

The artist also shared news reports on the incident showing cars stuck in several feet of water and mud.

The Crank That hitmaker was relieved to be safe as he claimed he was almost swept off the road and out to sea.

‘My car got stuck too almost went into the ocean’ he wrote alongside another report on the mudslide. 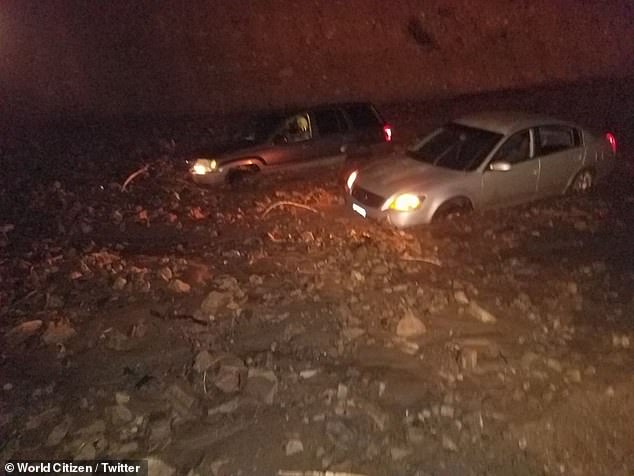 The area along the Pacific Coast Highway was hit by flash floods and mudslides after heavy rain and Soulja took to Twitter to reveal his terrifying ordeal. Cars are pictured stuck in the mud on Saturday night

Scary: The 28-year-old rapper first tweeted that he was in a ‘very bad accident’ and then revealed he was almost swept into the ocean as he drove along the coast

PCH was closed in both directions on Saturday night due to the flooding and mudslides.

Flash Flood Warnings were issued in the Los Angeles area.

The area included the scorched mountainous areas destroyed by the Woolsey Fire including Agoura Hills, Oak Park and Westlake Village.

The City of Malibu urged locals to be careful out on the roads.

‘Residents and motorists should be extra cautious and watch for mud, rocks, and other debris in roadways, particularly in canyons and the burn areas.’ 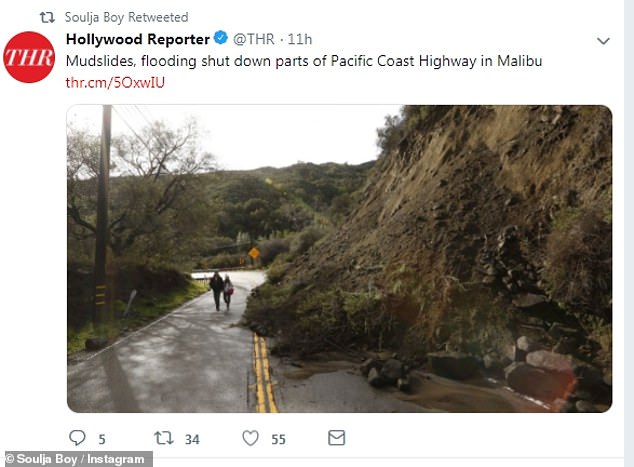 Dangerous conditions: Parts of the Pacific Coast Highway was shut down when the rain started on Saturday