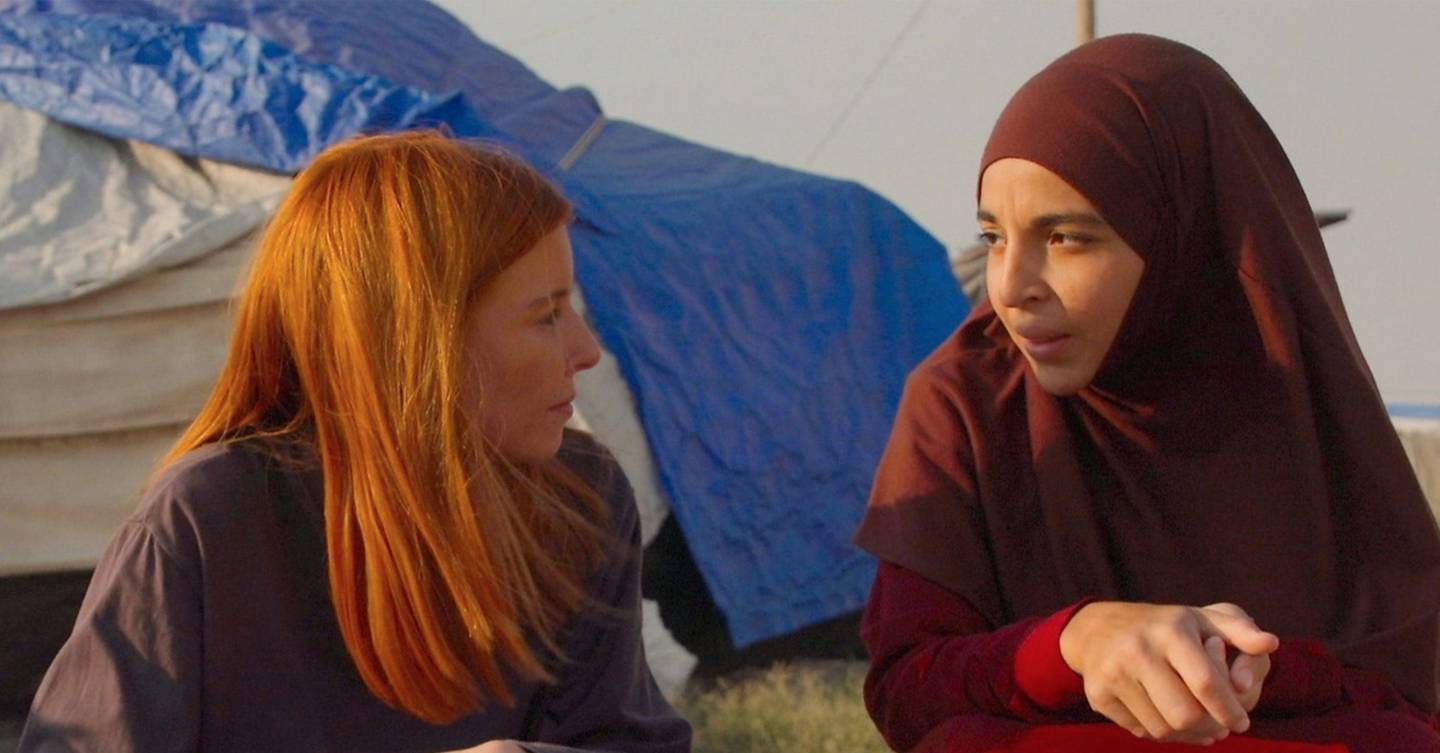 If you have plans for tonight, cancel them in the name of Stacey Dooley. The TV presenter, broadcaster and Strictly queen returns to our screens tonight with her hard-hitting new BBC documentary, Panorama: Stacey Meets The IS Brides and you won’t want to miss it.

In the one hour documentary, Stacey travels to northern Syria to meet jihadi brides who left their homes to join the Islamic state, exploring the question of what to do with IS women and children left behind. Some of the subjects in the documentary remain fervent IS supporters, while others are determined to get home but are prevented by the Kurds keeping them contained in the area.

In a clip released from the documentary, Stacey can be heard saying the women raised their index fingers in “an IS salute” when the crew left the al-Hawl camp. However, viewers have criticised the statement due to the finger salute being used in Muslim prayer as a symbol of one’s belief in God.

“Stacey Dooley refers to this gesture as an “ISIS Salute”, which is both ignorant and offensive to adherents of Sunni Islam. The gesture has been adopted by ISIS members, but it does not belong to them, and referring to it as such is beneath a news broadcast,” wrote journalist Oz Katerji.

However, others were quick to defend Stacey, stating that the salute has been adopted by the Islamic State as a form of propaganda.

Stacey has been producing documentaries with BBC Three for over ten years, but she became a household name last year when she won Strictly Come Dancing with her now-boyfriend Kevin Clifton. The broadcaster’s popularity is now so vast that she’s secured a £250,000 contract working exclusively for the BBC.

Controversy aside, we’ll be counting down the hours to tune into what will no doubt be another mind-blowing documentary from queen Stacey.

Panorama: Stacey Meets The IS Brides will air tonight at 20:30 on BBC One.