By Sameer Suri For Dailymail.com

Ben Feldman and his wife Michelle Mulitz are now the proud parents of two.

The 38-year-old Mad Men actor announced on Instagram this Monday that he and Michelle have welcomed a baby daughter in Los Angeles.

His social media post was a birthday tribute to his wife, who could be seen in the photo peering into the baby bed at the hospital. 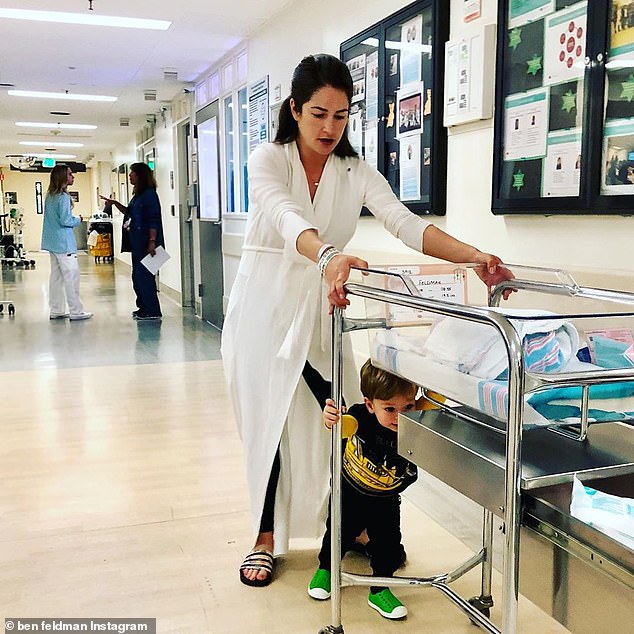 ‘You’ve got a lot going on right now’: Ben Feldman announced on Instagram this Monday that he and his wife Michelle Mulitz have welcomed a baby daughter in Los Angeles

The couple’s son Charlie, who is a year and a half old, stood in front of his mother and held onto the legs of the bed – but was of course not tall enough to look in.

‘You’ve got a lot going on right now. Here’s to future birthdays on beaches. hbd @michellehelyn,’ wrote Ben affectionately in his caption.

Ben and Michelle dished on Instagram last November that they had a second baby on the way, and in March he announced that the child would be a daughter. 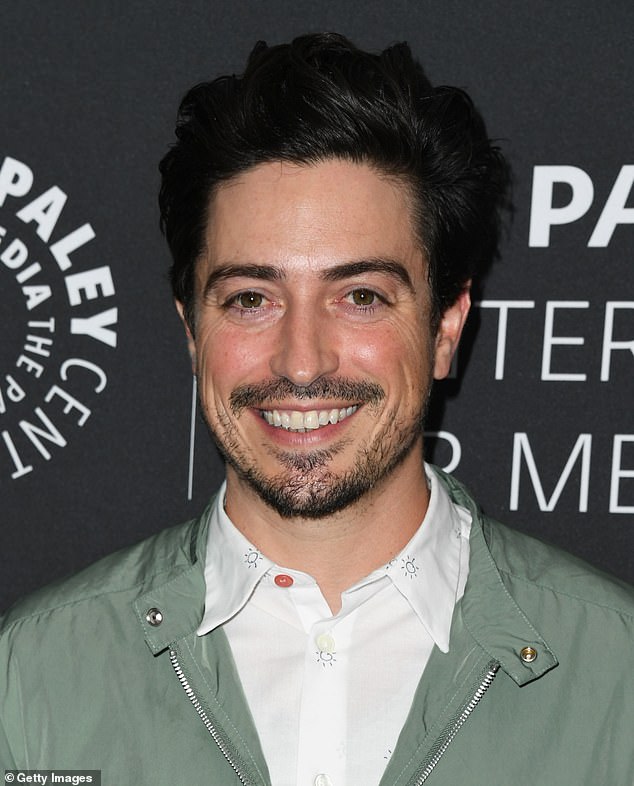 Dashing: Ben is currently known for his role on the NBC sitcom Superstore, which he is seen attending an event for in Beverly Hills last week

At an Academy For Your Consideration event for his show Superstore, Ben joked he and Michelle were doing ‘a lot of drinking’ in anticipation of the birth, per Us Weekly.

Shortly after Charlie was born, Ben told Extra of fatherhood: ‘It’s exhausting. It’s a lot. I knew it was gonna be a lot, but it’s more – it’s about five times as much as that.’

He added: ‘But it’s great. It’s incredible, and he’s super sweet and funny. And he’s got a personality, which is really weird, that you can just make something from scratch and it turns out to be a human with its own personality.’ 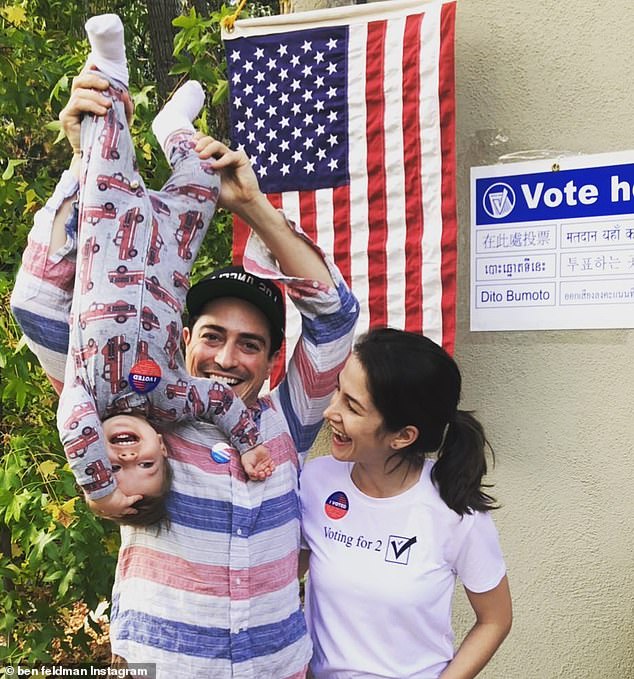 ‘Voting for 2’: Ben and Michelle dished on Instagram last November that they had a second baby on the way, and in March he announced that the child would be a daughter

Ben quipped that ‘I think when he’s being obnoxious, I see myself in him,’ revealing: ‘He looks a lot more like his mom than his dad.’

The stage and screen personality vamped: ‘But you know, fingers crossed, eventually he’s gonna look only like me and not like his mom at all.’

Michelle and Ben married on a farm in Maryland in 2013 with a guest list that featured Wolf Blitzer and Veep hunk Reid Scott, Us Weekly reported.