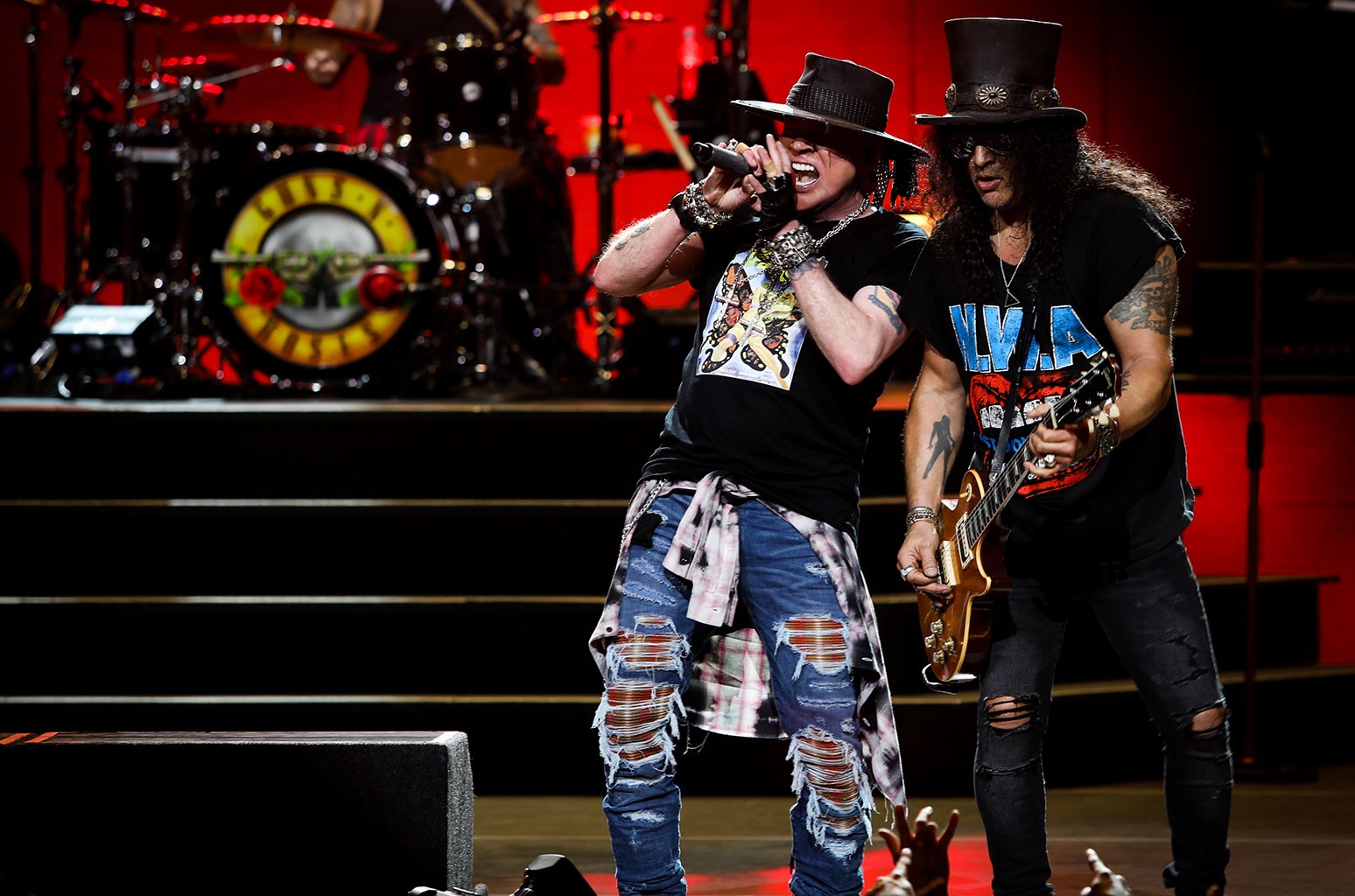 Several tours have since been announced, including the Guns N’ Roses stadium trek, presented by TEG Dainty and slated to kick off Nov. 6 at Metricon Stadium on the Gold Coast.

As far as statements go, few can top a GNR jaunt in a pandemic.

Strong sales to see the classic line-up of Axl Rose, Slash and Duff McKagan and other tours have “proved to us, if we had any doubt, that fans have cabin fever and can’t wait to get out and share unbeatable live experiences in a safe environment,” says Geoff Jones, CEO of TEG, parent company of Ticketek, TEG Dainty and Qudos Bank Arena.

Billboard caught up with Jones for a glimpse at Australia’s live market and an early look at the Guns ‘N Roses tour, which is all set to be the first Australasian stadium run since COVID-19 grounded flights and closed borders in March 2020.

Billboard: The Guns N’ Roses stadium tour sets the bar, globally. The rest of the world has noticed. Was that the plan when the announcement was made?
Geoff Jones: We wanted to try to provide impetus to the live industry, which had been frozen due to COVID restrictions. We see that Australia and New Zealand have a great opportunity to lead the world in bringing back live international music at scale, and what better band to lead that charge than the ultimate rock ‘n’ roll stadium act, Guns N’ Roses.

We have also put tours on sale from the likes of Keith Urban, Amy Shark, Delta Goodrem, Guy Sebastian and Jim Steinman’s Bat Out Of Hell (The Rock Musical) and we held the first arena shows since COVID before Christmas (Greatest Southern Nights) for the same reason, as a circuit breaker.

Strong sales for Guns N’ Roses and these other tours have proved to us, if we had any doubt, that fans have cabin fever and can’t wait to get out and share unbeatable live experiences in a safe environment.

Is it conceivable that the band and crew will go through a two-week quarantine when they hit these shores?

No. But we know that Australia and New Zealand are in a far better position health and safety-wise than almost every other developed economy. We also have a massive vaccine roll-out about to begin, a Trans-Tasman travel bubble and we will have a leaner touring entourage and shows with COVID marshals and all of the requisite safety measures.

Why is Australia in such a strong position compared with the rest of the world?

Australia and New Zealand have done a very good job of managing the virus, through a combination of policy, geography and culture – Australians and Kiwis tend to play by the rules. Artists have always loved touring Down Under for the fans, the weather, the safety and the reception and we have a wonderful opportunity to make that possible for them and get them back out playing to fans in a safe environment.

It must be frustrating to see sports and the classical arts playing to fuller rooms than the capacity for concerts. Is LEIF (the Live Entertainment Industry Forum) bringing this argument to government? Are they listening?
Yes, it is a bit frustrating but we have to get our industry’s narrative out there more as it has been truly devastated by COVID. Sport has done a great job in Australia, but the live music and sport industries are very closely intertwined and together employ more than 122,000 people in normal times.

New figures from EY suggest that up to 86% of jobs supported by live music and shows have already gone and so we are seeking further support for our industry through the pandemic.

We were delighted that the New South Wales Government backed the Greatest Southern Nights shows at Qudos Bank Arena at reduced capacities. The reality is that we need 100% capacities as promoters to make a tour profitable – unlike major sports, which already carry broadcast rights and revenues – and that is one of many things LEIF is working with governments on.

With your experience across ticketing, venues, promoting and more, are you confident the protocols in 2021 will get Aus/NZ over the hump first?
I’m confident that Australia and New Zealand can lead the way in returning blockbuster international acts to the world of live music. We are proceeding cautiously and carefully and the safety of our fans, artists and our people remains our number one priority but the signs are good.

We have noticed that the film industry here has been able to get international talent in and across borders so that is one area in which we looking for a level playing field for live music.

Kings of Leon’s New Album ‘When You See Yourself’ Has Arrived: Stream It Now

Kings of Leon have been quiet of late. That is, until the rockers announced their new album...

On this occasion, Jimmy Fallon got the exclusive when the pair stopped by The Tonight Show on...

In January of 2021, Duran Duran celebrated 40th years since the release of their debut record...

Indeed, Springsteen would tour many times with Gudinski, including two separate treks within...