The Big Bang Theory brings in the ratings: 18 million fans tuned in to watch series finale

By Christine Rendon and Paul Chavez For Dailymail.com

18 million fans tuned in to watch the The Big Bang Theory finale on Thursday night.

According to Deadline, an average of 18 million people viewed the two-part finale on Thursday, giving the hour-long program a 3.1 rating in the key 18-49 demographic group.

Thursday night’s rating was a seven percent increase from last year’s season finale, which received a 2.9 rating in the same demographic group. 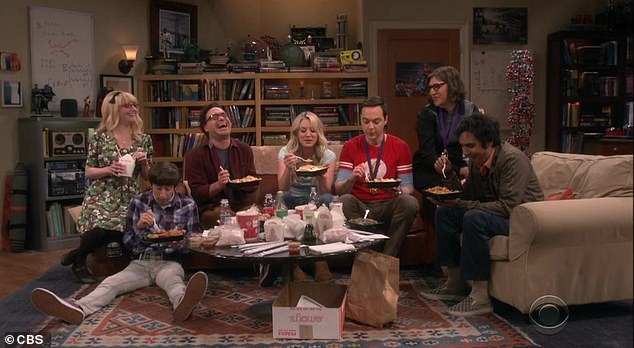 According to fast national stats, the finale averaged 17.994 million viewers in overall audience.

New beginnings aside, the show ended in familiar fashion – with the friends gathered around in their living room, eating Chinese food.

The scene marked the last time the pals would all gather together, and producers added a sentimental touch to the moment eagle-eye fans may have noticed Thursday night. 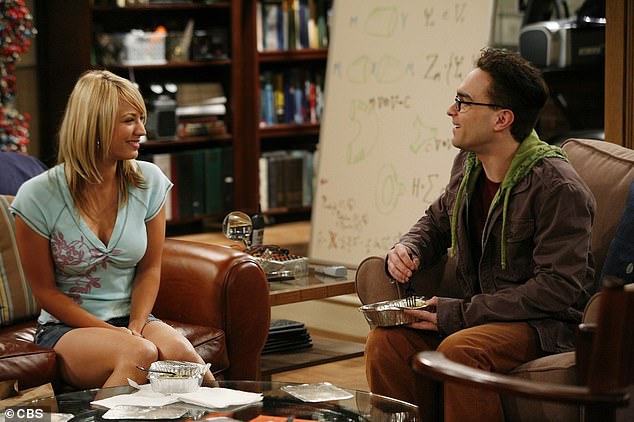 Looks familiar! Kaley Cuoco wore the same top in the very last scene as she did in the pilot episode (pictured, 2007) 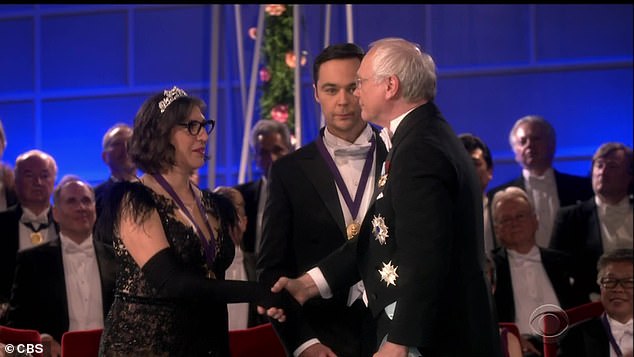 It’s an honor: Sheldon Cooper and his wife Amy Farrah Fowler (played by Jim Parsons and Mayim Bialik) became winners of a Nobel Prize for their Super-Asymmetry concept 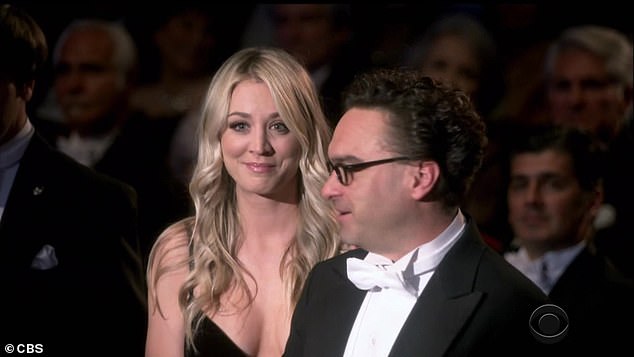 Showing their support: The couple (played by Cuoco and Johnny Galecki) attended the Nobel Prize ceremony

‘Penny is wearing the top she wears when she first appears on-screen in the pilot, which was really cool,’ executive producer Bill Prady told Glamour.

Indeed, Penny (played by Kaley Cuoco) was sporting the same blue floral print top she wore in the pilot, the same episode she met her future husband Leonard (Johnny Galecki).

The final scene was shot multiple times, and Prady believed the many technical aspects to the scene distracted the cast from getting ‘overly emotional.’ 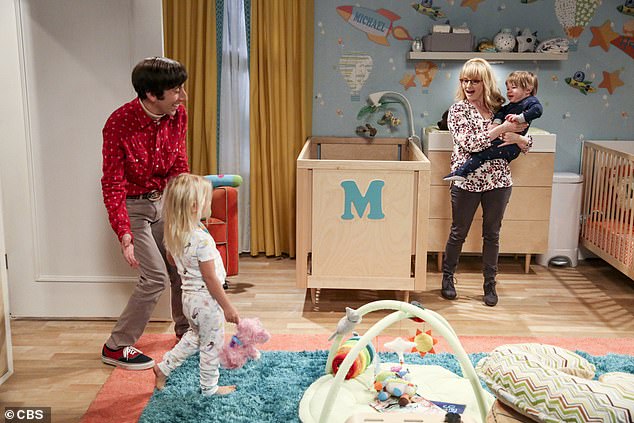 Parenthood! Howard Wolowitz and his wife Bernadette (played by Simon Helberg and Melissa Rauch) with their children 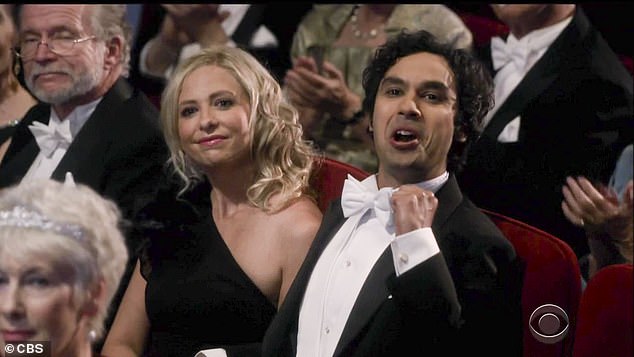 Plus one! Buffy The Vampire Slayer actress Sarah Michelle Gellar made a surprise appearance as Raj Koothrappali’s (Kunal Nayyar) date

‘We shot it early in the week of filming. There was a lot of focus on the technical stuff in that scene, like how we wanted the camera to move. We shot it over and over in different ways.

‘The cast was ad-libbing dialogue to each other, and because there were so many technical things happening, I think it kept it from getting overly emotional, even though they knew it was going to be the last scene.’

The long-running series on CBS concluded with two final episodes, The Change Constant and The Stockholm Syndrome, in an hour-long farewell.

The series exited the TV airwaves with the most episodes for a multi-camera series ever with 279 episodes. It edged past NBC’s Cheers, which aired for 11 seasons and 275 episodes.

The final episodes were filled with a few surprises: a pregnancy, cameos and a speech about the importance of friendship in the series’ emotional conclusion. 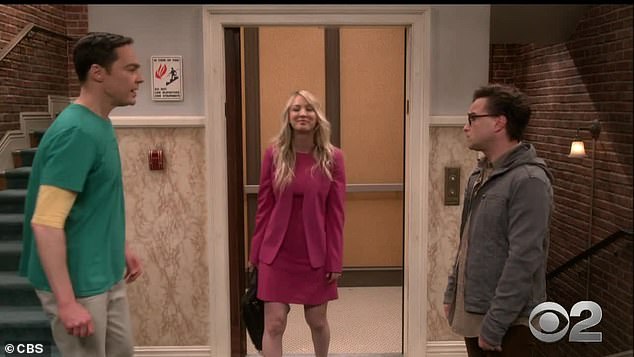 Going up! The perpetually broken elevator was finally fixed on the finale 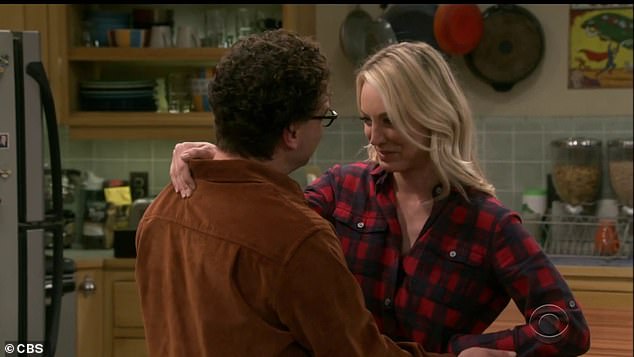