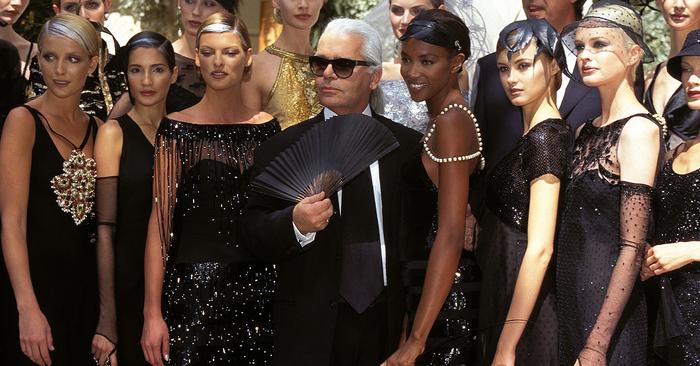 Revered, adored and entirely inimitable in the truest sense of the word, Karl Lagerfeld’s death at age 85 has the fashion world in mourning following the news. The iconic designer passed away in Paris following weeks of ill health, just a fortnight before the Chanel A/W 19 collection is due to show during Paris Fashion Week.

Arguably the world’s most recognisable designer, Lagerfeld’s legacy is nothing short of prolific. A man celebrated as a polymath, his creativity was boundless, his energy unbeatable by even the brightest young design talent, and his ability to stay ahead of the pulse in both pop culture and technology has long put many to shame. There are very few who could square up to his vision or knack for jettisoning a trend or key item into the stratosphere—be it a mass-market commercial concept or a high-brow haute couture one—and even fewer who could step up to the bar at Chanel following his long tenure as the creative lead since 1983.