He scored his highest-profile acting role to date when he appeared in an episode of the Disney+ Star Wars spin-off series The Mandalorian.

But that doesn’t mean that Jake Cannavale feels any compunction to praise Star Wars: The Rise Of Skywalker, the finale to the main series.

The 24-year-old actor actor posted about his distaste for the movie (also produced by Disney) on Friday in his Instagram Stories. 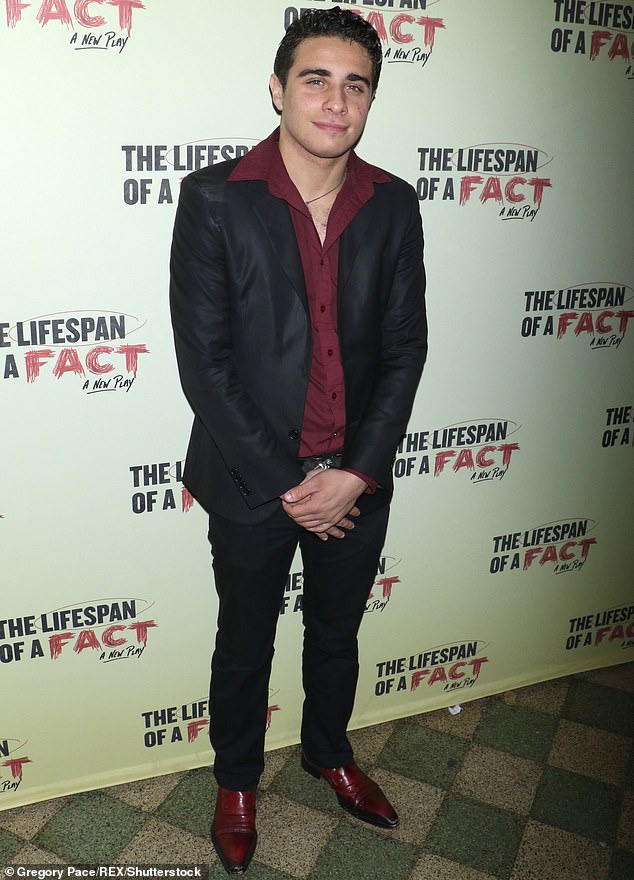 ‘The worst’: Jake Cannavale, 24, who appeared in one episode of The Mandalorian, took to Instagram Friday to trash Star Wars: The Rise Of Skywalker; pictured in 2018

Jake started his rant innocently enough with a smiling selfie and a thumbs up.

‘I’m in the Star Wars universe now!!! So surely I can’t speak ill of Episode IX right???’ he wrote, before reversing himself.

‘Rise of Skywalker was hands down the worst Star Wars movie. An absolute f***ing failure,’ he wrote while flashing an unamused face.

The Rise of Skywalker current sports a 57 percent rotten rating from Rotten Tomatoes, and among the most prestigious critics surveyed, only 48 percent praised the film. 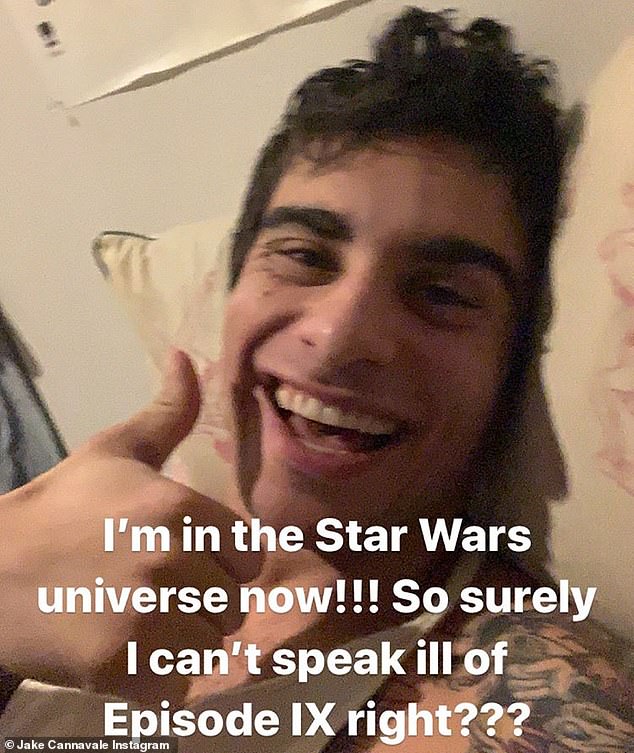 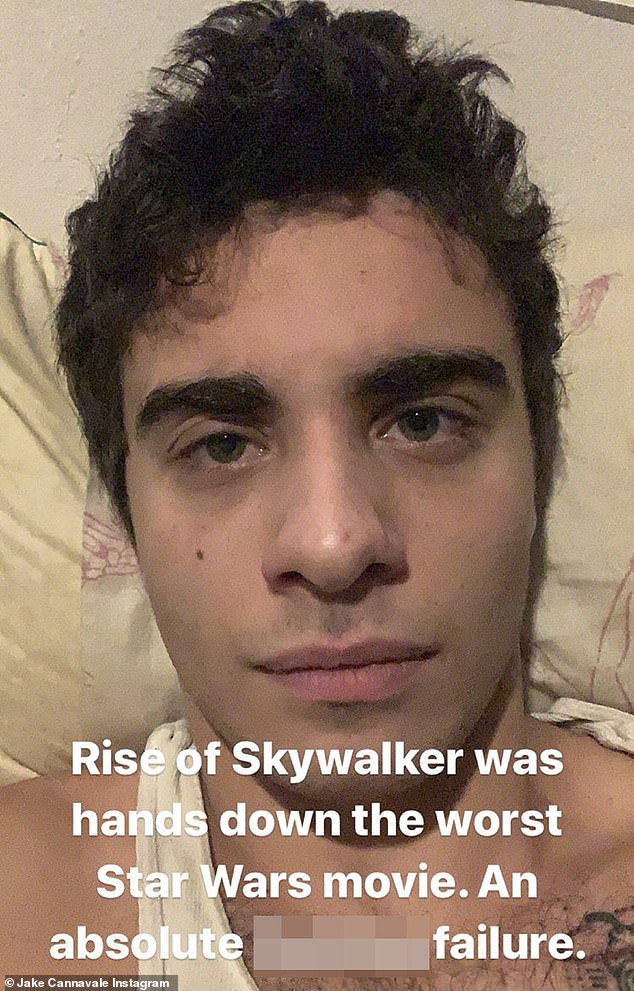 Not holding back: He called Rise Of Skywalker ‘hands down the worst Star Wars movie’

That’s in comparison to 2017’s The Last Jedi, which received rapturous reviews and a 91 Certified Fresh rating.

That movie, which was directed by Knives Out’s Rian Johnson, was criticized by fans who felt it departed too much from their expectations. The movie was also the target of sexist and racist trolls who criticized the prevalence of new characters, including Kelly Marie Tran’s Rose Tico.

The son of The Irishman actor Bobby Cannavale said the sequel ‘rendered the entire new trilogy completely useless. There were more plot holes than there was plot. The amount of “by the way’s” was absolutely infuriating [sic].’

‘Rise of Skywalker (btw dumba** title) was worse than the Phantom Menace AND Last Jedi combined. Fight me,’ he continued. 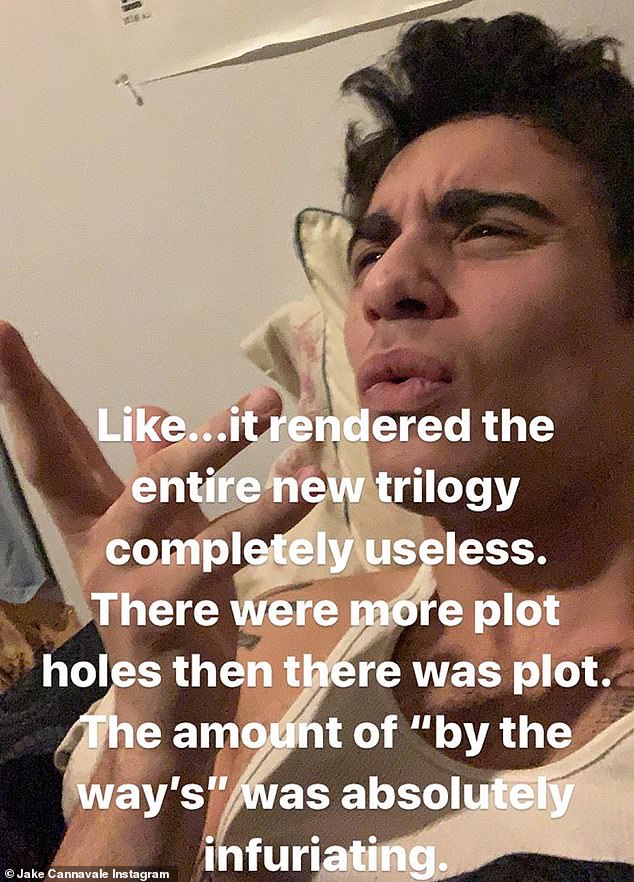 Swiss cheese plot: He echoed many critics and fans, who complained about the movie’s overly convoluted plot 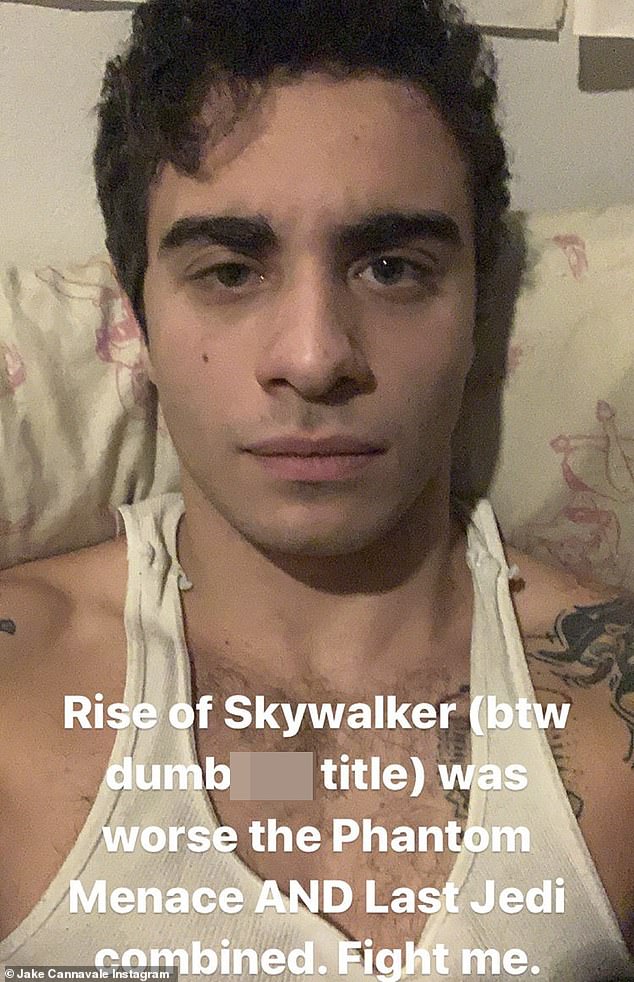 Odd pairing: He said the movie was worse than the series nadir The Phantom Menace and the critically adored The Last Jedi combined

The Nurse Jackie star then urged his 5,394 followers to send him questions, including some follow-ups on his Star Wars opinions.

He launched into a long post after a fan asked if he would be ‘as mad’ if he was a ‘part of the movies.’

‘Honestly, I think I’d be more mad. Obviously I can’t speak on behalf of the cast. To some actors this is just a job and maybe they’re just happy to be working. To which I say more power to them,’ he began.

The actor and musician conceded that some people will genuinely enjoy the movie, before mentioning that he’s been a fan since he was a child.

‘I felt pretty let down by the overall laziness of this new trilogy, and also a bit angry at the entitlement of it for pretty much seizing control of the franchise as a whole by basically sending “nah we don’t like the ending that everybody’s been cool with for decades, let’s change it!”‘ he wrote.

He added that he would feel ‘pretty depressed’ if he was in the new film. 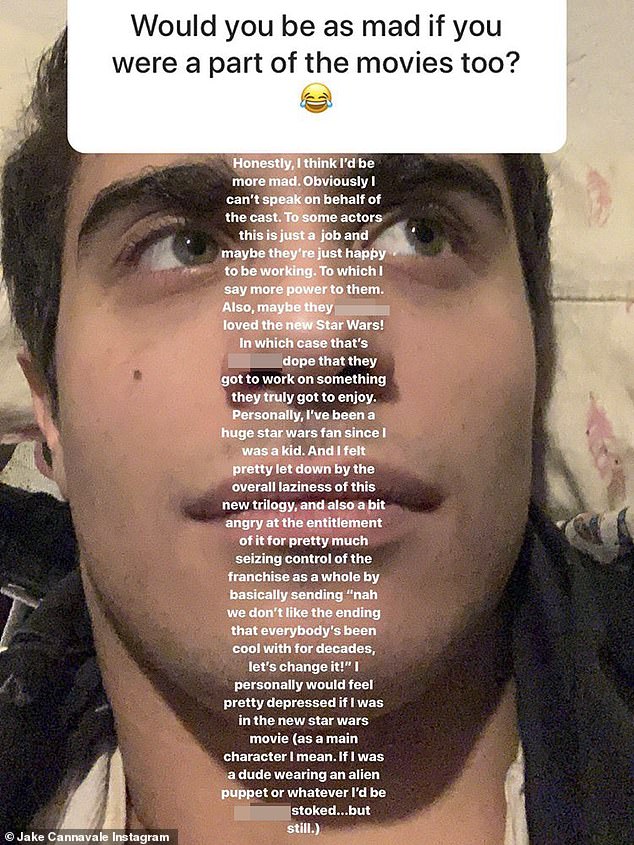 Taking the reins: The Nurse Jackie star understood why some people might like it, but he criticized it for ‘seizing control of the franchise’ 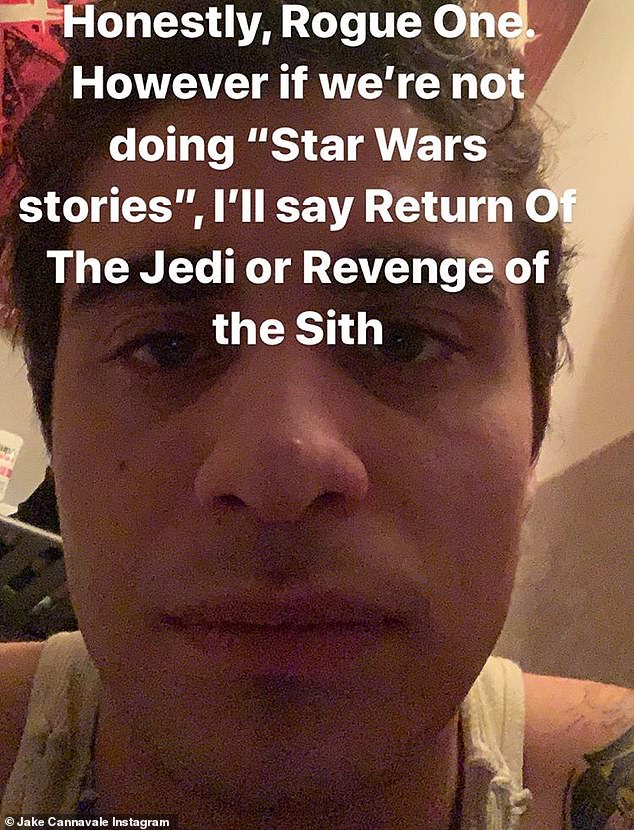 He’s a fan: Jake said his favorite Star Wars movie was Rogue One, though Return Of The Jedi or Revenge Of The Sith were his favorite from the main series

Jake also named his favorite Star Wars movie (Rogue One), though he clarified that it would be Return Of The Jedi or Revenge Of The Sith among the main series.

If his rant seems surprising, it’s because many actors are contractually obligated not to say anything negative about their films, particularly for large franchise movies.

Even those who are allowed to speak their minds are often reticent to criticize their movies for fear of being black-balled in the industry.

He was recently featured as a bounty hunter in the fifth episode of the Disney+ series The Mandalorian, which follows the adventures of a fugitive hunter from the same culture as the fan favorite Boba Fett.

So far, Jake hasn’t appeared in any subsequent episodes, and it’s unclear if he’ll ever return to the show. 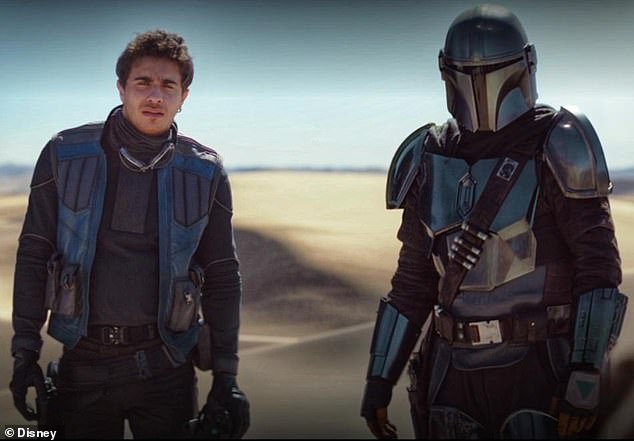 One and done: Jake appeared in episode five of The Mandalorian as a bounty hunter collaborating with the eponymous character. He hasn’t appeared in subsequent episode

Strong opening: The Rise Of Skywalker earned $ 40 million dollars at the North American box office from Thursday night previews, less than The Force Awakens $ 57 million or The Last Jedi’s $ 45 million

Not great: The movie holds a shockingly low 57 percent rotten rating among critics on Rotten Tomatoes, while only 48 percent of the most prestigious critics polled praised it

The Rise Of Skywalker earned $ 40 million dollars at the North American box office from Thursday night previews, which was impressive, but less than The Force Awakens $ 57 million haul or The Last Jedi’s $ 45 million.

Still, the movie best the spin-off movie Rogue One, which earned $ 29 million in Thursday previews.

Director J.J. Abrams, who helmed The Force Awakens, returned to direct and co-write this final installment.

The film was originally to be directed by Jurassic World’s Colin Trevorrow, though he left the project in the wake of his critically reviled box office flop The Book Of Henry.