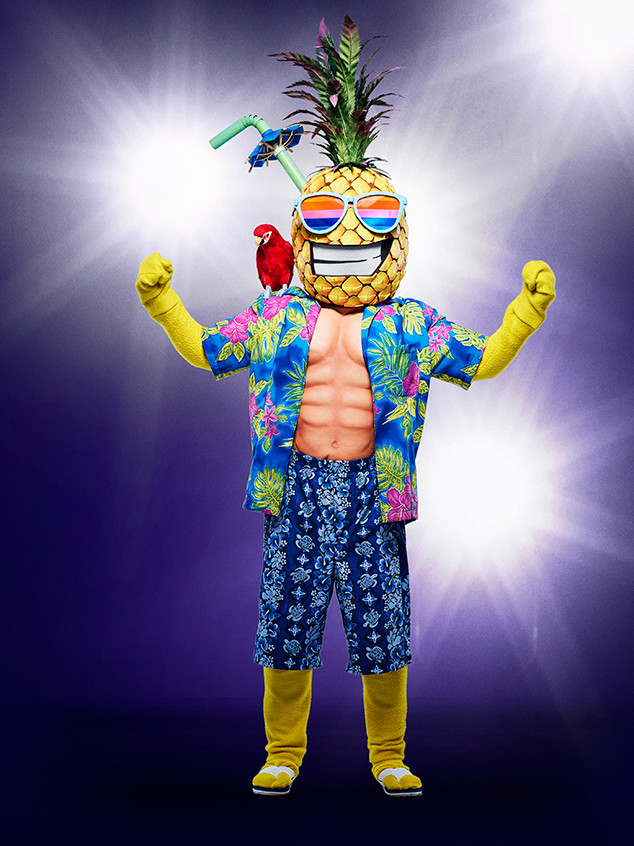 The Masked Singer just revealed another celeb singer, and it’s one we saw coming before he even started singing. The Pineapple, a stoner who recently overcame a terrible illness, turned out to be Tommy Chong, meaning Jenny McCarthy actually guessed it correctly.

Tommy/The Pineapple had faced off against The Raven, a former talk show host who recently suffered a personal tragedy and was hoping to honor her “beloved” with her performance. The consensus on Twitter seemed to be that it’s Ricki Lake, whose ex-husband died in 2017.

Tonight, we also got performances from The Rabbit, The Alien, The Poodle, and The Bee, meaning we’ve now heard every single competitor sing, and we’re still racking our brains to figure out who each of them is. We’ve broken down the clues in the gallery below, so keep on scrolling to join us in having no idea what’s going on but enjoying it all the same!

The Clues: Male, breakfast is the most important meal of the day because he needs his strength, he’s one of the most dangerous animals in the kingdom, used to performing in a mask in front of thousands of screaming fans, has to dance whenever he wins even when it gets him in trouble, drinks orange juice, has a lot of money, and his favorite past time is bowling.

Week 2: Performed “I Will Survive”

The Clues: Decided to be a pineapple because they’re “fun, tropical, and go well with ham,” been through some dark times, beat a life-threatening disease, this OG decided to take things as they come, never wipe the smile off my face, been in the public eye for decades, always dreamed of being a singer, has a bumper sticker that says “pipe dream” and is clearly into smoking weed.

The Clues: Male, started performing at a young age, loves the spotlight, close friends with Michael Jackson, plays piano, has a small ceramic dog, very Las Vegas, impressive voice, was part of a magic act and said, “It’s probably been a while since your mom had a poster of me on her bedroom wall.”

The Clues: Male, he’s a monster because that’s what the world labeled him, here to rewrite his mixtape to prove that he’s more than just “puff and fluff,” was at the top of his game but the game turned on him so he retreated into a cave to take a break from the public eye, now here to set the record straight to show the world that no one can stop him, says he’s not a professional singer “to everyone.”

Our Best Guess: Honestly, we’re stumped, but Twitter seems to be into T-Pain.

The Clues: 6’3″, chose the deer because they’re incredibly competitive, always considered himself a singer but not sure anyone else would agree, says it’s hard for people to get past who he is and what he’s known for, he’s been knocked down fifty times, but in the Wild Wild West you learn how to get up and get back in the saddle, likes horses, had to wrap his antlers in medical tape. He also said “Ravens beware,” and had to “take the fifth” when the panel asked if he played in the NFL.

The Clues: Some might say she’s “Hollywood royalty,” but she’s her own person who’s stepping away from her pride to sing her heart out, says there are “lots of women” in her pride.

The Clues: Born in Beverly Hills and should have had a magical childhood, dreamed of singing but someone she admired called her tone-deaf, people always told her she wasn’t good enough, wants to prove that you can be yourself, and all you have to do is believe. Not the best voice, but not bad. “They call me Bird.”

The Clues: Spent most of his life on stage but never alone, now pops up here and there, known for synchronized singing, says he’s been training for his entire life, has performed in a mask and has a voice. Costume is covered in locks and straps like a straitjacket and he kept twitching, intro took place on a carousel. When asked if he was in a band, he said “Yes, in a band.”

Week 2: Performed “Feel It Still” by Portugal the Man

The Clues: Grew up in the public eye in a family where anonymity is an alien concept, she let others define her but no one will ever control her again, there’s a snake, the tables are turned, I see you but you can’t see me, for the first time ever, the world gets to hear her voice in her terms, said she had many sisters when asked if she came from a big family.

Our Best Guess: Twitter thinks it’s LaToya Jackson or a Kardashian, and we’re not so sure about either.

The Clues: Spent her life listening to other people’s stories and now wants to share hers, always been a sunny kind of person, never had trouble getting an audience, no one talks more than her, but recently suffered a tragic loss, so this show gives an opportunity to honor “my beloved,” found beauty in the darkness, like a phoenix from the ashes, I will rise up and find a light, so “don’t cry, baby, this one’s for you.” Dressed like a raven in a cage, says she’s a lover not a fighter and that she did host a talk show.

Our Best Guess: Ricki Lake, and Twitter seems to agree.

The Clues: Ever since she was a little girl she’s loved to be on stage and to take on a character. She picked a poodle because it’s sassy, smart, and best in show. She loves San Francisco and comes from a musical family, but she’s known for a different talent. She loves exercising her right to free speech and rainbows are involved. She’s returning to musical roots to show a side never seen before, and to figure her out we’re all going to have to WORK. She says “I’m here for your honor.”

Our Best Guess: Absolutely no idea, and nothing on Twitter made sense either. Margaret Cho? Ali Wong? A drag queen? What does “I’m here for your honor” mean?!

The Clues: Has had a long career, flown to soaring heights, says she never wants to stop doing what she loves and that being a “worker bee” keeps her young. Says you can call her “Queen Bee” but “Empress” also suits her. She wants to sing to a new generation, and says she started performing in the 50s.

Our Best Guess: Gladys Knight, also known as the “Empress of Soul”

The Masked Singer airs Wednesdays at 9 p.m. on Fox.