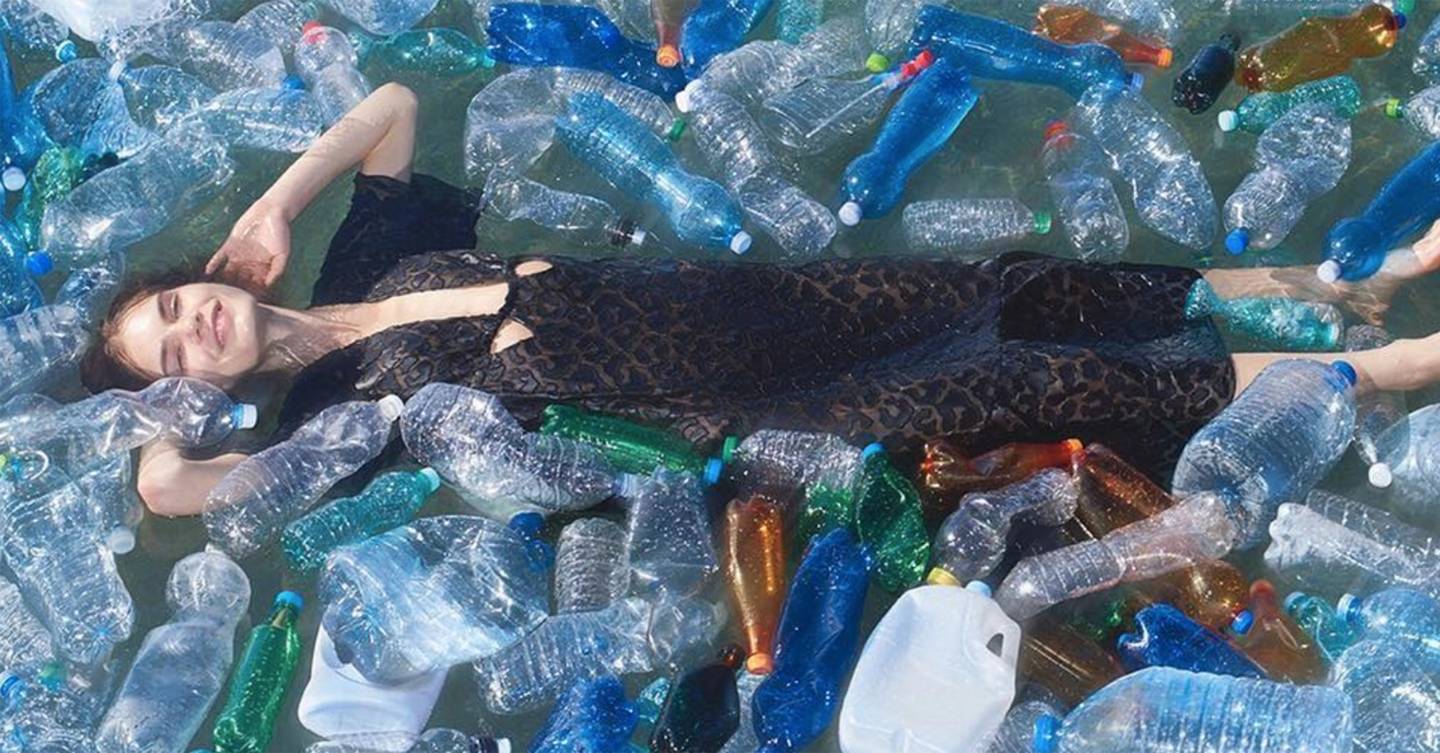 You may think you *know* how bad plastic is, and you *know* that it’s damaging our oceans, but did you know that every minute, the equivalent of a dump truck of plastic enters the ocean?

Did you know that an estimated 12.7 million tonnes of plastic pollutes our oceans every year?

Did you know that by 2050 it’s estimated there will be more plastic than fish by weight?

Did you know also that, at some point in our lives, we’ll consume fish that has digested plastic microfibres?

And it’s not just plastic bottles or plastic bags that are causing the problem, but also the products that you hang in your wardrobe and put on your body. Various forms of plastic, like polyester, acrylic, and nylon reportedly now make up about 60% of our clothes

But while the fashion industry is entirely guilty of being one of the world’s biggest polluters up until now, it is becoming one of the most innovative and proactive industry’s in the fight for our planet, with sustainable fashion becoming more, well, fashionable than ever.

To celebrate World Oceans Day, and put a spotlight on the reality behind the often ignored concept of ocean pollution, we’ve rounded up 6 brands who are not only creating sustainable pieces, but are using ocean waste itself to create them…

One of Instagram’s most popular brands, Reformation’s entire ethos is based around sustainable and ethical practices. Their latest collection of swimwear is not only chic, but also created using Econyl; a regenerated nylon fibre made from fishing nets from the ocean and other waste from landfills.

Known just as well for her commitment to ethical and sustainable practices as she is for her brilliant designs, Stella McCartney is unsurprisingly also experimenting with fabrics made from ocean waste and much of her sportswear line is crafted from Econyl. She has also previously teamed up with Parley for the Oceans in the fight against marine plastic pollution.

Another label frequently teaming up with Parley for the Oceans is adidas, who have been working with the organisation since 2015. Together they’ve grown beyond the initial line of ethically produced footwear, now producing workout gear, athleisure and more, not only promoting the mission and raising money and awareness, but also ridding masses of waste from our oceans.

PAPER is a supremely chic, sustainable brand, whose new swimwear collection is not only made using a sustainable material fabricated from recycled fishing nets, but also also protects against the sun’s rays, offering the equivalent UV protection of an SPF50 sun cream. “Technical fabrics are so fascinating right now”, Kelly Townsend, the label’s creative director, told Glamour UK, “and they can virtually do anything. Turning fishing nets into luxurious swimwear jersey – which is quick drying, and factor 50SPF – is just one of them.”

Richard Malone is a former Central Saint Martins fashion student who’s fast becoming one of London Fashion Week’s most popular designers. His spring/summer 2019 collection, which was shown during Fashion Week last September, was greeted with rapturous applause for not only its aesthetic brilliance but also its consciousness. Featuring outfits made from Econyl via global textile company, Aquafil, Richard was praised for his creation of beautiful, functional, and sustainable designs.

An extension of the Bottletop brand – whose simple mission is to empower both people and the planet – the #togetherband is an initiative that sees friendship bracelets made from upcycled ocean plastic from Costa Rica, re-cycled illegal firearm metal from El Salvador and made by a group of women in Nepal who have been rescued from human trafficking. It has a number of celebrity backers, including models Naomi Campbell, Doutzen Kroes, and sportsmen Aaron Ramsey and Andy Murray.

Seaweed (!) is the latest sustainable material that the fashion world is about to be obsessed with