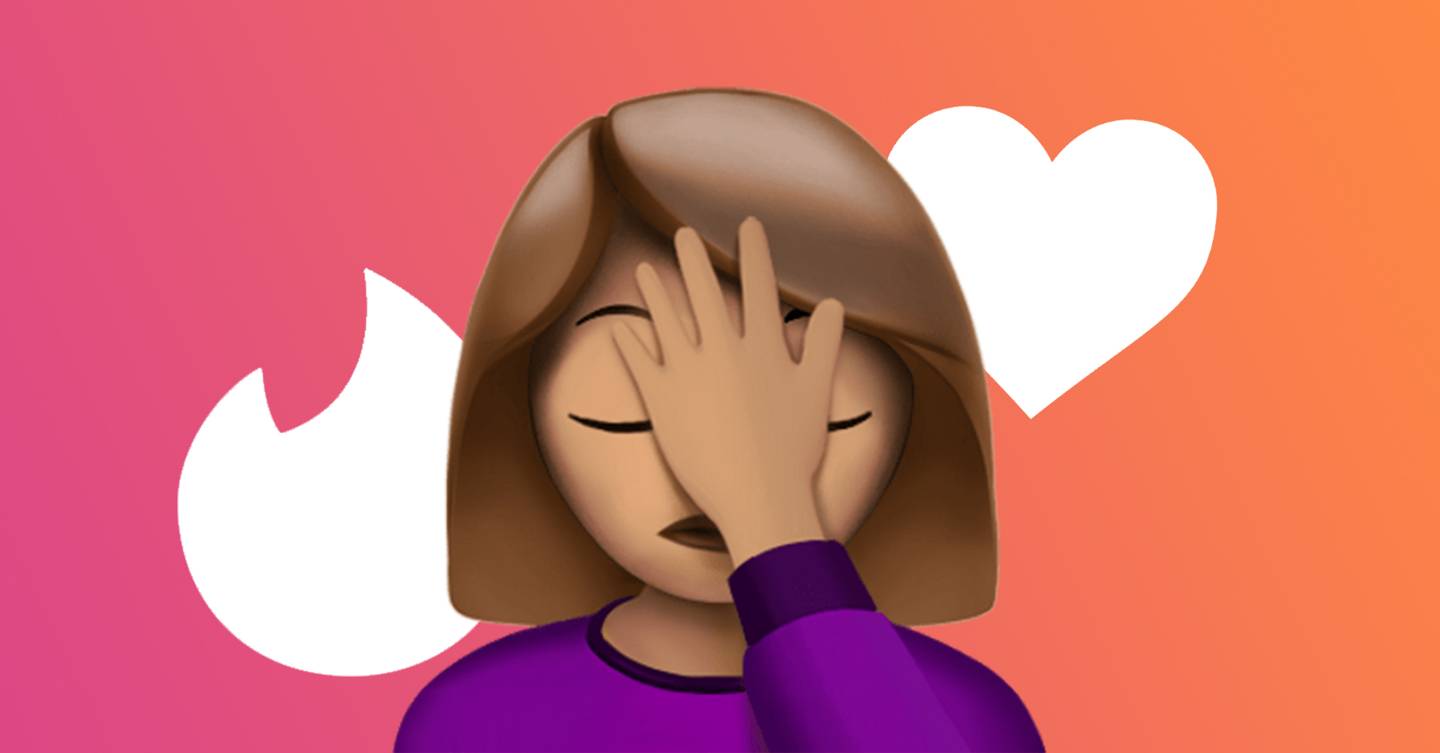 For all you singletons out there – most of us have experienced the perils of laying in bed (when we should definitely be sleeping) swiping left and (rarely) right on the OG of Millennial dating apps – Tinder.

But what should you *actually* be including in that trusty bio to bag yourself a match? The app has released a Year in Swipe report with the most-used topics and trends from 2019, because sometimes, a profile picture in an Instagrammable bar just isn’t enough.

Much like the most of this year, the most popular used emoji was the face palm. Not the fire emoji, not the loving touch of a red heart, but a big fat hand over the face – and there was a more people using this than you’d expect. 2019 saw a whopping 41% increase in the emoji in bios, with 50% of Gen-Z users adding it in, and we’re guessing it was probably either caused by Love Island results or Greggs vegan sausage roll. You decide.

Baby, how you feeling? Single as hell? Well, not for much longer, because Queen Lizzo was the top artist for users with the Spotify feature added to their profile, just to let potential matches know that WE DON’T NEED NO MAN. (We do, that’s why we have the app)

While millennials are typically known for their boujee avocado on toast obsession, the younger users have grown up, dare we say, a LOT quicker than the rest of us? With veganism, politics and climate change among the hot topics of Gen-Z, Tinder have found that they’re more likely to mention activism and looking for a partner to change the world with, than millennials, who typically want a travel partner. “Vegan” and “Brexit” were also the top trending phrases in bios during 2019.

Gen-Z are taking over, and they’re not afraid to let their potential bae know about it.

Yep, you read that right. Out of the top six women mentioned in Tinder bios, former Prime Minister, Mrs May, made the cut. We can’t quite figure out whether it’s her dance moves as she runs through fields of wheat, or simply a way of marking your territory when it comes to politics, but she dominated alongside other notable figures, including Ariana Grande, iconic TV character Fleabag, and Greta Thunberg.

Gen-Z were also more likely to mention political fiascos than their millennial counterparts, who were found to be more focused on hitting the gym – however, they were more likely to use “it is what it is” in their bios than the cardio-lovers out there, showing that perhaps, they don’t *actually* care all that much and just have a laugh about it. Curls don’t get the girls, activism does.

Unsurprisingly, in true Grease fashion, June was the hottest month for matches with summer lovin’ taking its true form. It was also Pride month, and 30% more people used Tinders “more genders” feature than in 2018 to express themselves. The use of the rainbow emoji also increased 15% and people weren’t afraid to show it off.

It can feel almost deflating when you’ve been swiping for hours without a single match, but if you’re living in any of the following cities, love could be just around the corner. Literally.

Glasgow, Birmingham, Liverpool, London and Leicester were found to be the fastest-growing spots for swipes – and hey, who doesn’t fancy themselves a Lewis Capaldi? Scotts are the next big thing.

Here’s to us all finding our perfect swipe in 2020.

Tagged as: Dating Include Most Popular profile these Things this were year
« NEXT | PREVIOUS »
Recommended Posts