Sandra Oh and Andy Samberg made quite the splash when they hit the stage at the 2018 Emmys as presenters. How big of a splash? Well, their chemistry didn’t go unnoticed by…everyone and they were named hosts of the 2019 Golden Globes. And now they have their official Golden Globes portraits and they’re just perfect.

The above photo is so simple, but it tells you so much about their vibe. They look like your new, cool, attractive friends that make your old friend group instantly jealous at the mere mention of their names.

The Killing Eve star is also nominated for her work in the BBC America drama. 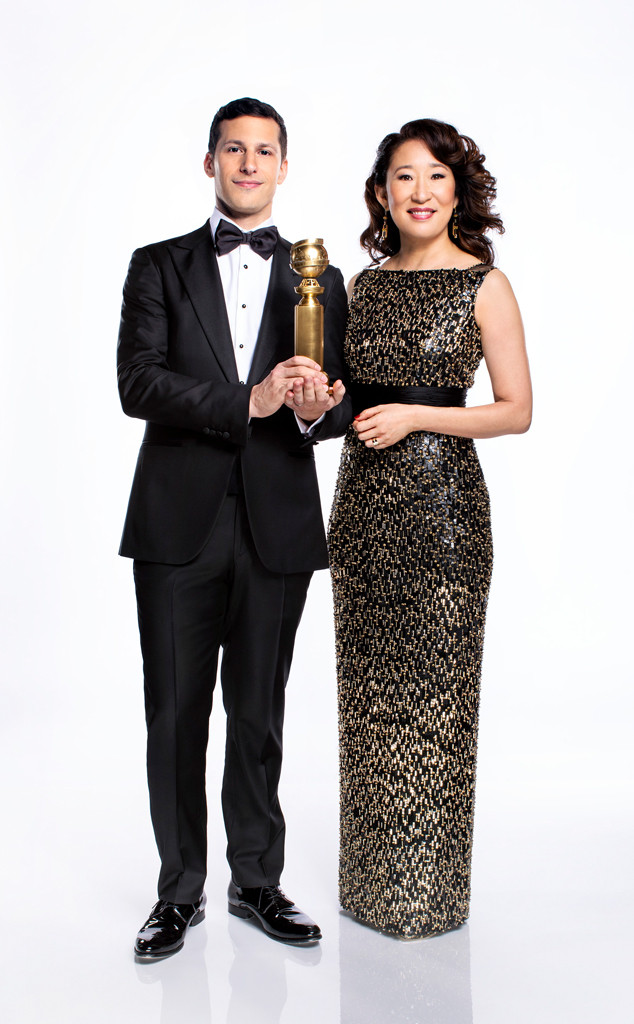 “We’re excited to welcome Sandra Oh and Andy Samberg as co-hosts of Hollywood’s Party of the Year,” Meher Tatna, president of the Hollywood Foreign Press Association, said in a statement. “Both Golden Globe Award recipients have continually showcased their talents in film and television, and we can’t wait see what their undeniable chemistry will bring to the Golden Globes stage.”

Oh previously won a Golden Globe for her work on Grey’s Anatomy. Samberg took home a Golden Globe in 2014 for his work on Brooklyn Nine-Nine. The cop comedy, formerly on Fox, moves to NBC starting Thursday, Jan. 10.

Regarding her hosting gig, Oh told The Hollywood Reporter, “Oh my God, I’m terrified! I am super thrilled, so it’s the good terror. It’s like when you have to do something and you can’t see how you could possibly pull it together, but that uncertainty excites you.”

Here’s another photo of the duo.

And she’s aware she’s not what many people would think of to shepherd an awards show along. “I remember talking to Andy and saying, ‘I don’t have a persona. I don’t do this.’ But I adore him so much. We met when we presented at the Emmys and just immediately had a rapport. I trust him,” Oh told THR. “Hopefully people are having a good reaction to this because it is a bit of a funny choice.”

Be sure to watch E! News on Sunday, Jan. 6, for E!’s Live From the Red Carpet 2019 Golden Globes special, followed by the telecast on NBC at 8 p.m. And check out FandangoNOW to download or stream all of this year’s nominated films and TV shows for half-off all weekend!

(E! and NBC are both part of the NBCUniversal family.)