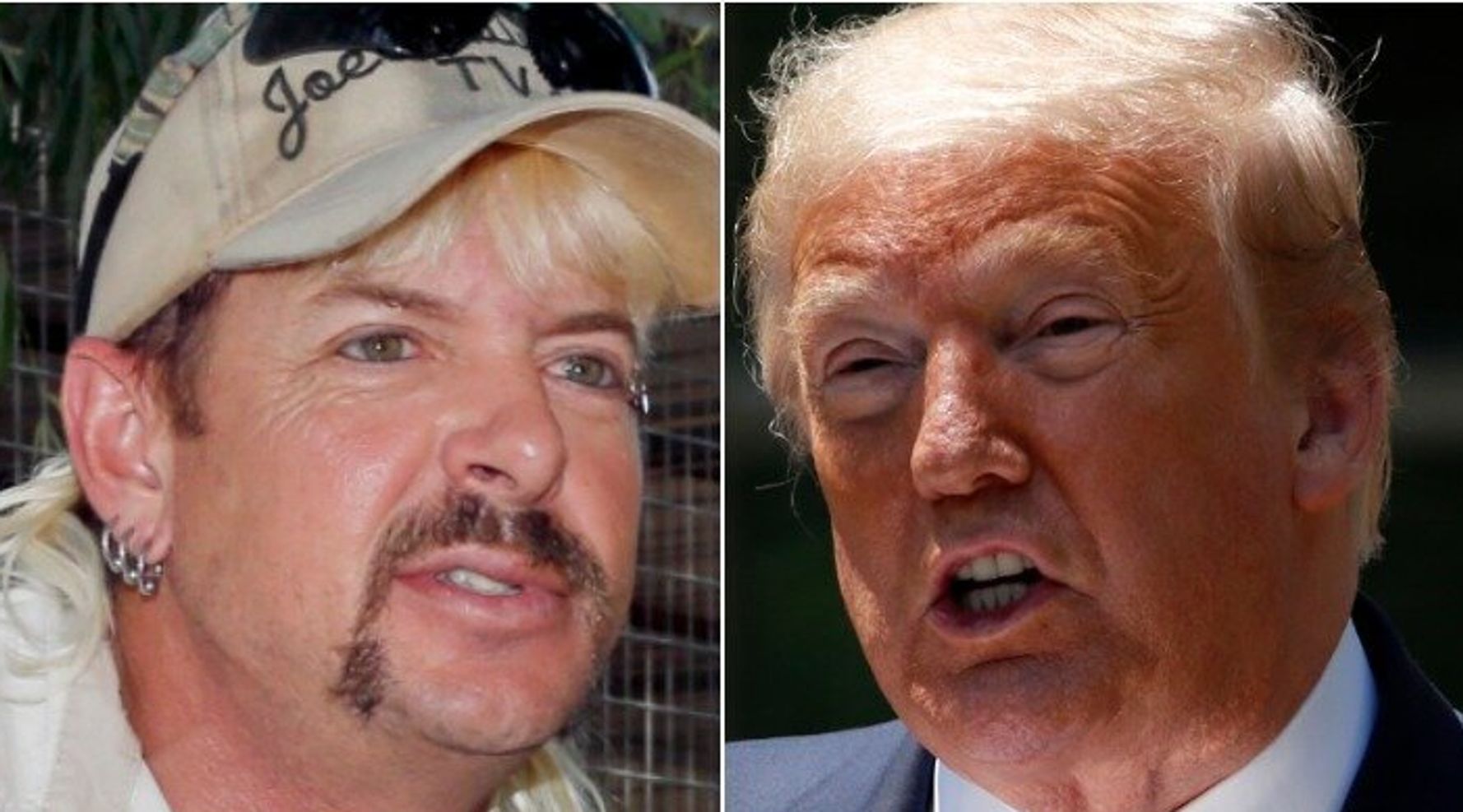 Joe Exotic’s allies are launching a longshot bid to win a pardon for the star of the hit Netflix series “Tiger King.” And they’re trying to take the case straight to the White House with an appeal to President Donald Trump.

The Tiger King supporters are traveling to Washington D.C. in a bus with a message for the president on the side of the vehicle:

Last month, a reporter asked Trump if he would pardon Exotic.

“I know nothing about it,” Trump said, then asked reporters if they’d recommend a pardon for the disgraced ex-zookeeper.

Now, Exotic’s supporters are hoping to press the issue with their bus tour.

TMZ shared footage from within the bus, showing musicians playing as they journeyed to D.C. The trip was led by Eric Love, a self-described private investor and philanthropist who made headlines in his native Texas by taking out a billboard in honor of his dog, Big Juicy.

Exotic, whose real name is Joseph Maldonado-Passage, is serving a 22-year sentence for trying to hire a hitman to kill Big Cat Rescue founder Carole Baskin as well as for federal wildlife violations. But Love told CBS 11 in Fort Worth that the group intends to prove that Exotic was a victim.

One juror has slammed the Netflix series for allowing people to come away thinking such things about Exotic.

“Don’t believe everything you see because there was so much more to it than what they’re showing you,” a juror, identified only as Kristin, told Nancy Grace of Fox Nation in April.

Exotic’s former colleagues have also warned of his heinous ― and illegal ― behavior, much of which wasn’t shown on the series.

Rick Kirkham, a TV producer who worked with Exotic, called him “pure evil.”

“I witnessed him shoot and kill two tigers for no reason whatsoever, just because he was pissed off at them,” Kirkham told the Daily Beast.

Prince Harry and Meghan Markle discussed the importance of voting in the upcoming election...

Kourtney Kardashian brushed off criticism about her friendship with the famous TikTok influencer...