‘What is wrong with you people?!’ Tori Spelling’s furious husband Dean McDermott hits back at body-shamers who labelled their five kids ‘obese and neglected’

It was a happy family photo showing Tori Spelling, her husband Dean McDermott, and their five children at a movie screening with their friends – the children of Ian Ziering.

But the sweet moment was ruined after internet trolls attacked the family in the Instagram post’s comments, labeling the children ‘obese’ and ‘neglected’.

Now McDermott has hit back in a furious response to the ‘haters’, saying he was ‘horrified and disgusted’ by the cruel remarks. 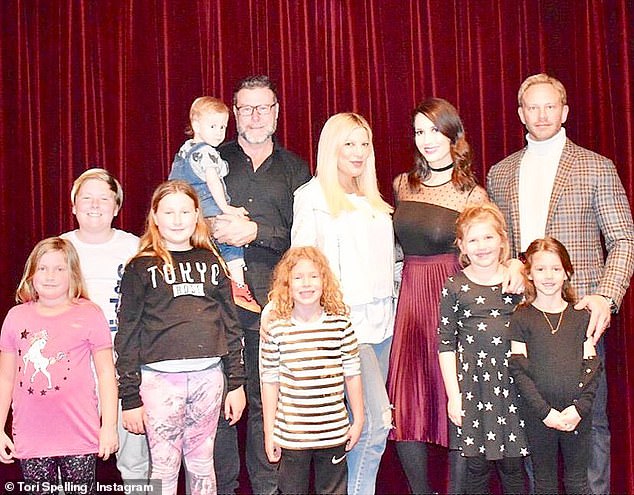 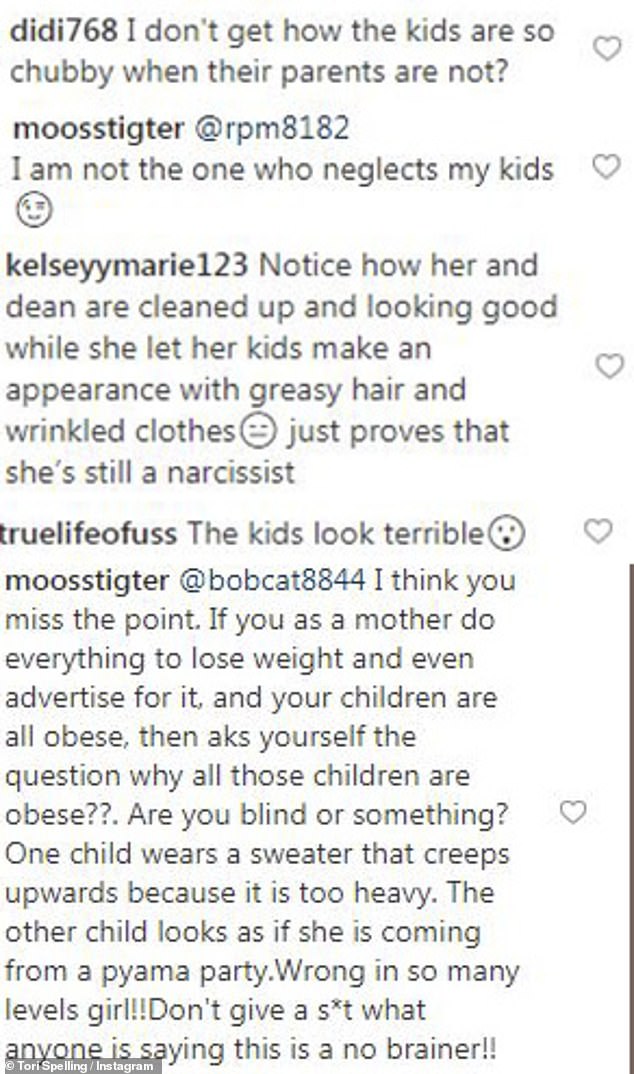 Attack: Fans were quick to judge the children and write comments

Former Beverly Hills 90210 star Tori had posted the snap, writing on Instagram: ‘I can’t believe Ian Ziering and I once played Beverly Hills teens Steve Sanders and Donna Martin and now we are married to the loves of our lives and between us have 7 kiddos who all adore each other!’

But fans jumped on to the post to criticise the clothes the McDermott children wore, their weight, and even their appearance.

Wrote one: ‘I don’t know how the kids are so chubby when their parents are not?’

Another commented: ‘Notice how her and Dean are cleaned up and looking good while she let her kids make an appearance with greasy hair and wrinkled clothes.’

Former actor Dean was clearly upset by the remarks, writing: ‘I am absolutely horrified and disgusted by the comments being left about my children. Body shaming and bullying my children??!!

And he explained: ‘For your information we went from a long day at school to the movie. And I don’t know any child that is NOT disheveled at the end of the day.

‘Not to mention that just before this picture was taken, they were wrestling and running around with all the other kids that were at the movie.’

The father-of-six, he also has son Jack with first wife Mary Jo Eustace, continued: ‘So I apologize we didn’t get the iron and steamer out to make them perfect for you. Their kids. They’re messy and dirty. That’s what they do.

‘And what’s wrong with shopping at Target??!! Over half of America shops there. The way they grow out of clothing so quickly is astounding. Are we supposed to shop at Gucci?? These are kids folks. Messy stinky little bundles of fun, laughter and love.’

Tori, 45, and trained chef Dean were both married to other people when they met on the set of the Lifetime TV movie Mind Over Murder in Ottawa in July 2005. 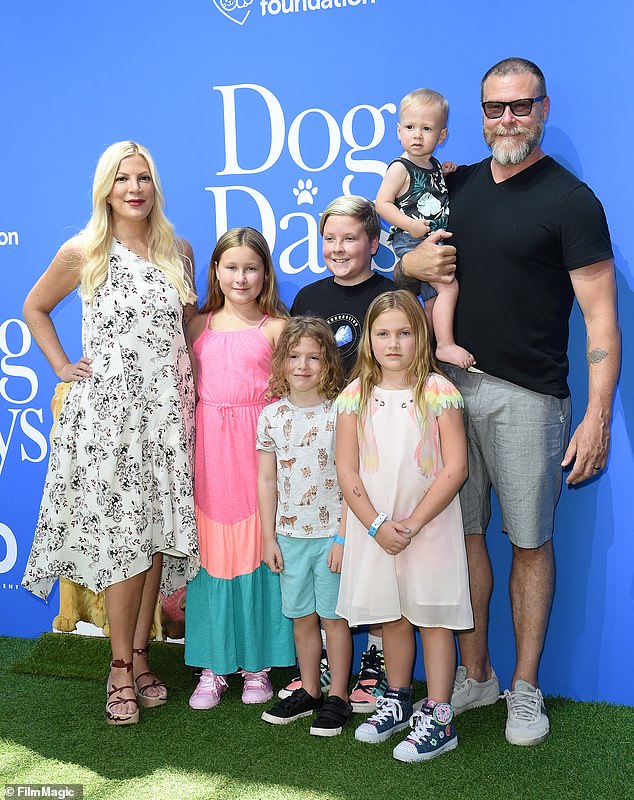 The two started an affair and, after their respective divorces were finalised, married in May 2006.

However their marriage hasn’t always run smoothly with the two battling with seemingly constant money issues, and undergoing couple counselling after a series of blowout fights made the headlines.