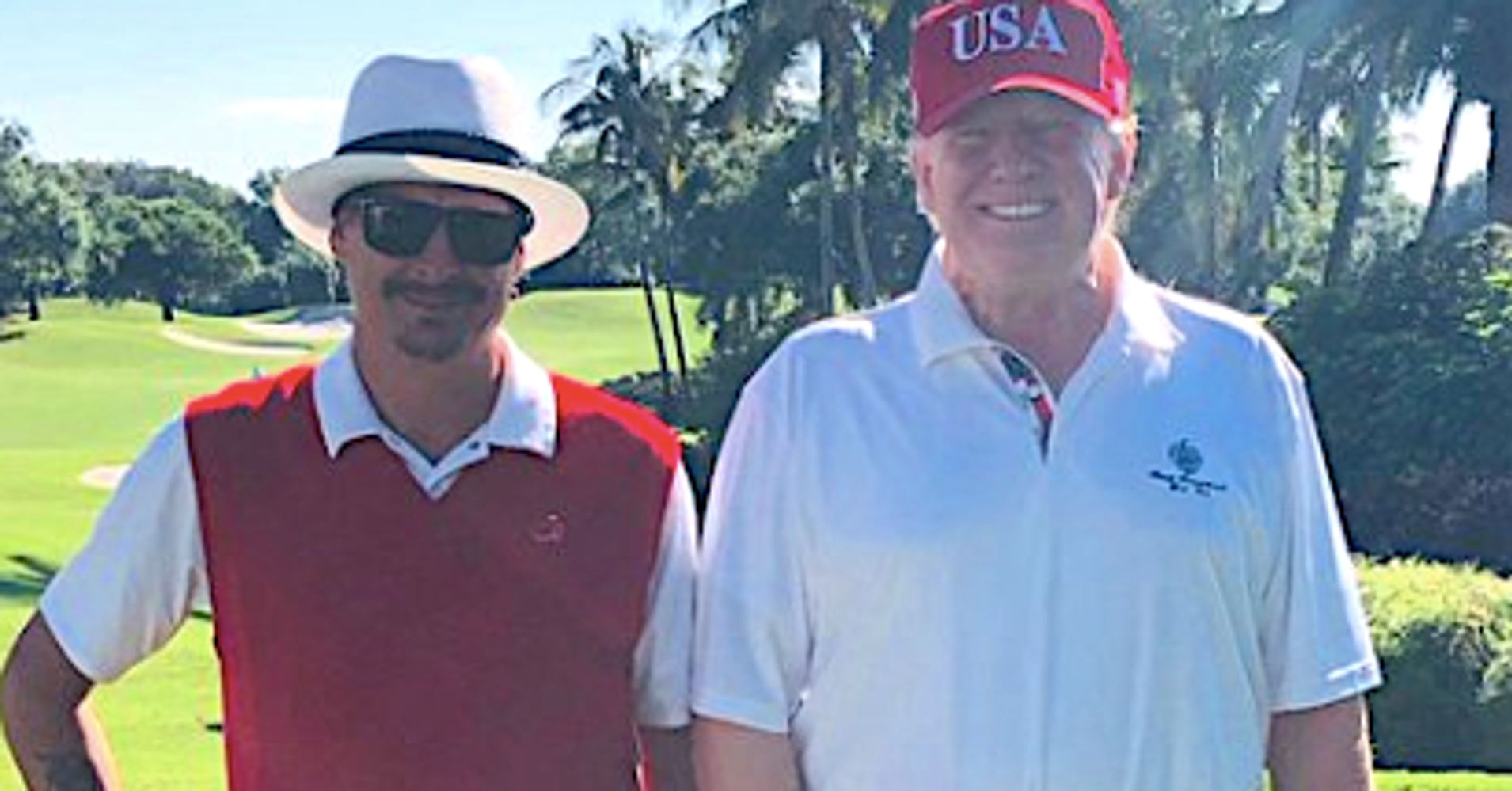 Kid Rock’s gleeful pose with President Donald Trump on the links at Mar-a-Lago in Florida on Saturday didn’t go over very well on Twitter.

Some of the posts mocked the rock singer’s U.S. flag-styled pants ― noting that Trump has a conniption fit when football players take a knee during the national anthem to protest racial injustice, but apparently found Rock’s attire perfectly okay.

Others wondered what Trump was doing playing golf Saturday while his declared “national emergency” at the southern border supposedly still plays out.

Actress Roseanna Arquette, got downright snarky about Rock’s post, calling it a desperate bid for attention.

Another great day on the links! Thank you to POTUS for having me and to EVERYONE at Trump International for being so wonderful. What a great man, so down to earth and so fun to be with!! KEEP AMERICA GREAT!! -Kid Rock pic.twitter.com/cSsswI5PbW

Is this how you get attention now ?becAuse you sure don’t sell records

Mr. Rock, on behalf of an anxious population, let me thank you for helping the President deal with the pressing national emergency our country is facing at this time.

What a great picture of one guy whos always clamored on about gettin girls, bangs strippers, gettin that pu$ $ y, and talks about himself like he’s a hard-core rock star….

And then…you have Kid Rock.#MisleadAmericaGolfingAgain

Don't kneel during the National Anthem b/c that disrespects the flag.

BUT…go golfing with Kid Rock (?!) as he wears the flag on his crotch.

I will never understand this president. And I'm ok with that. https://t.co/ZxzaSbzs1x

Those pants are a national emergency.