The 55-year-old actress played the role of Vernita Green, who was killed by Uma Thurman’s ‘The Bride’ in the first film.

Vernita’s daughter Nikki witnessed the murder and Tarantino has teased the possibility of Nikki coming back for revenge, something Vivica wants to see. 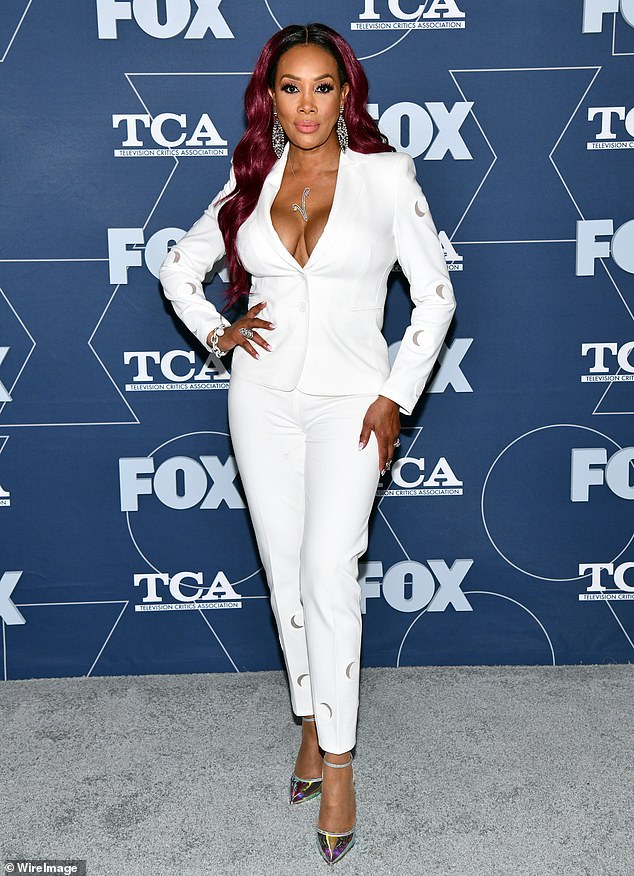 She told The Hollywood Reporter: ‘Oh my gosh, I can’t wait. I think they’re waiting for (Vernita’s) daughter to grow up.

‘So, the latest I’ve heard is that (Quentin) and Uma have been talking, and I’d love for them to figure it out. Quentin is great with flashbacks and figuring out some kind of way to make his characters alive again in a film. So, I’m really hoping that Vernita Green gets her revenge.’

Vivica also recalled the gruelling toll the scene from the 2003 film took on her body. 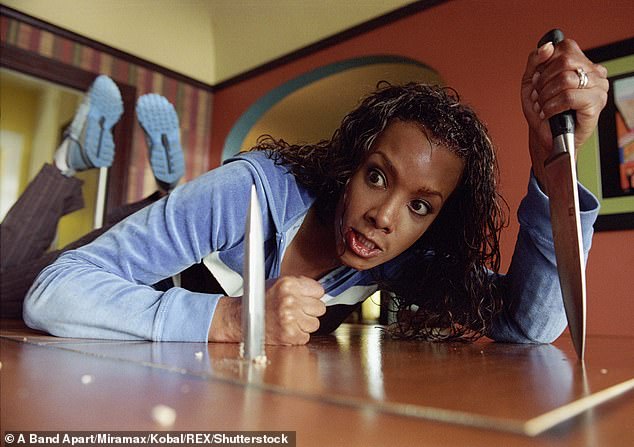 Thowback: The 55-year-old actress played the role of Vernita Green, who was killed by Uma Thurman’s ‘The Bride’ in the first film. Seen here in the 2003 film

The Ride or Die star said: ‘Oh my God, I trained for six months. I literally went from a size 8 to a size 2.

‘It was intense and gruelling, but I loved every single bump and bruise. I’ll never forget the fourth and final day of filming the fight; I counted 30 bruises on my body, and I was proud of every single one of them. I earned them.’

Vivica also opened up on her role in new thriller Arkansas alongside Liam Hemsworth and Vince Vaughn, although she revealed that her character’s name, Her, was confusing. 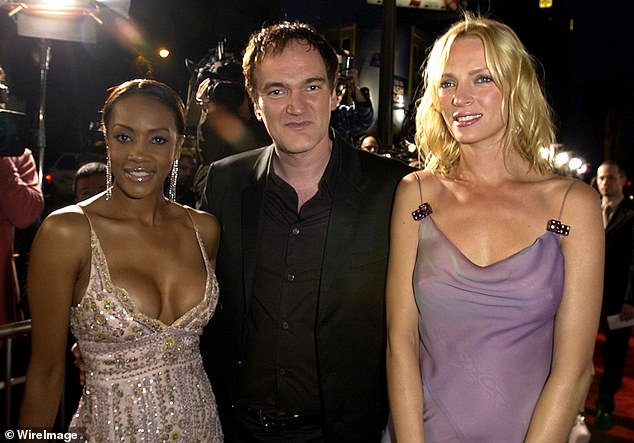 She explained: ‘I started reading the script and I kept going, ‘It just says Her’. And they’re like, ‘That’s the character’s name.’

‘So when I got there, I couldn’t wait to meet the director, Clark Duke, and I was like, ‘Clark, yo, what’s up with the Her?’

‘And he broke it down and said, ‘It’s a mislead because you don’t know if it’s Her running the drugs or not. You play Vince Vaughn’s love interest, and neither of you want to be traceable. Hence, the name Her.’

Katie Couric is ‘ruled out’ as permanent host of Jeopardy after asking Bill Maher...

Mira Furlan, who starred as Delenn in Babylon 5 and appeared in TV series Lost, dies at 65

Mira Furlan, who starred as Delenn in Babylon 5 and appeared in TV series Lost, dies at 65 The...

Nats Getty comes out as transgender: ‘I’m taking my time to discover my most authentic self’

Nats Getty comes out as transgender and non-binary in emotional post: ‘I’m taking...