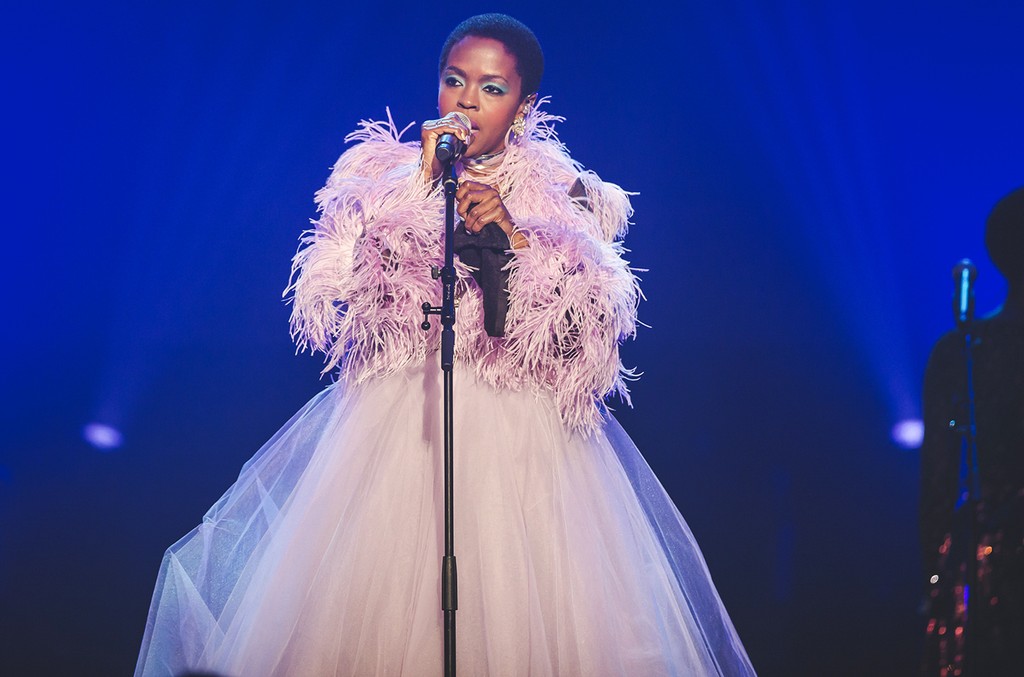 At a time when most people’s idea of fashion is whichever pair of elastic waistband pants have the least amount of food on them, the Louis Vuitton Men’s Spring-Summer 2021 Show took flight in Shanghai earlier this month. And in addition to eye-popping, bold-pattern suits from Men’s Artistic Director Virgil Abloh and a collection of animated characters that served as mascots for the show, the event featured a six-song set from Ms. Lauryn Hill.

In a black-and-white video of the show posted over the weekend, Hill runs through such classic hits as “Ex-Factor,” “Lost Ones,” “Everything Is Everything” and, of course, “Doo Wop (That Thing),” and “Black Rage,” as well as the Queen & Slim soundtrack tune “Guarding the Gates.”

Hill has been mostly keeping a low profile during the global pandemic, but she does appear on Mariah Carey’s new Rarities compilation on the track “Save the Day.”

The majority of the Naima Ramos-Chapman-directed 21-minute show recorded on July 31 at MLH Studio in New Jersey finds the band performing inside, though Hill does wander outside into the woods in some couture during “Ex-Factor.”

Watch the performance below.