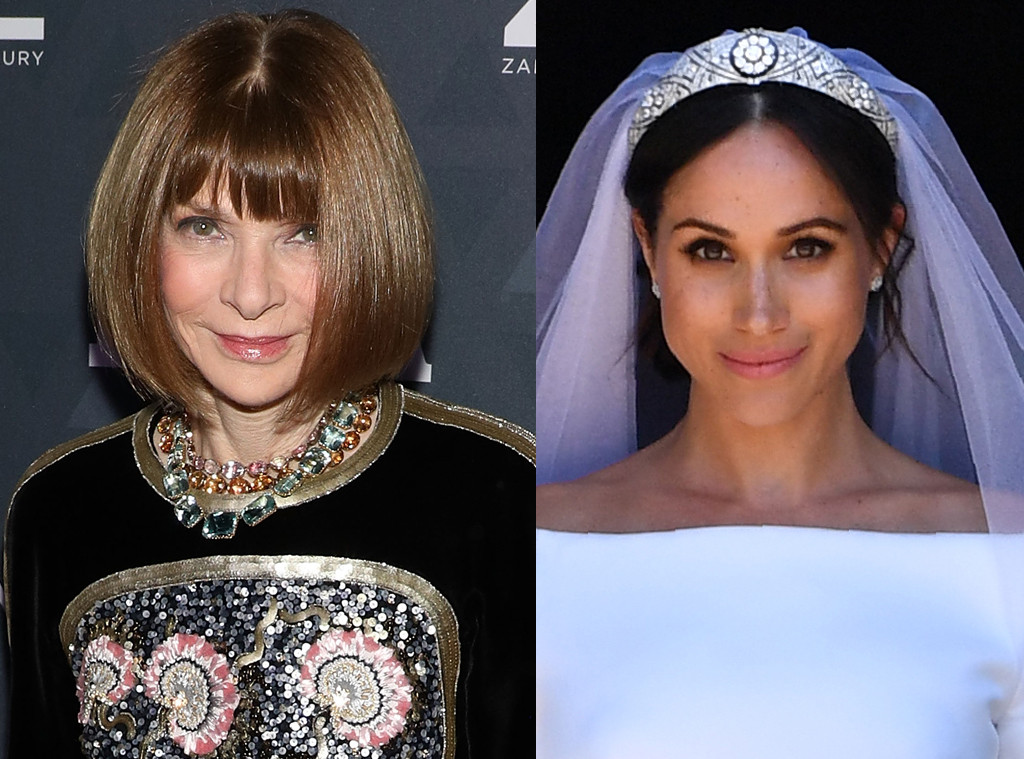 Anna Wintour let the world know how she really felt about Meghan Markle‘s bridal gown on Wednesday during an episode of a video series called Go Ask Anna.

The video featured the Vogue editor-in-chief answering questions from people she’d never met. One questioner wanted to know the fashion icon’s thoughts on the Duchess of Sussex.

Looking back on the royal’s big day and her Givenchy dress, Wintour described Meghan’s wedding dress choice as “brilliant.”

“It was sophisticated. It was chic. It was grown-up,” Wintour said, recalling Clare Waight Keller‘s design. “It was an English designer—albeit one that was working for a French house, which in a way was a message to the world: ‘Yes, I’m from somewhere else, but I belong.'”

In addition to applauding the “fantastic” look, Wintour praised Meghan for walking down the aisle by herself. As royal admirers will recall, Meghan made the trip solo before meeting up with Prince Charles and having him escort her the rest of the way to Prince Harry. The Prince of Wales stepped in after Meghan’s father, Thomas Markle, was no longer able to perform the honor due to heart problems.

She also called the photo of Meghan’s mother, Doria Ragland, at St. George’s Chapel “so inspiring to so many women, men all over the world.”

Wintour seemed to laugh off a few rumors surrounding Meghan, too—including reports she frequently texts her staff and wakes up early.

“I read somewhere there were members of the royal household that were confused and upset that she woke up so early at 5:00 a.m—she’s a normal California girl [who] gets up early and does yoga and meditates—and also sent a lot of text messages,” she said. “I mean, what do they expect—that she was going to send messages via pigeon? So, I think she’s amazing.”

Overall, it looks like Wintour is a fan of both Meghan and Kate Middleton.

“I think the two duchesses, the young duchesses that they have in Britain—the Duchess of Cambridge and the Duchess of Sussex—are going to keep the royal family afloat quite frankly,” she said.

In addition to speaking about the royals, Wintour shared her thoughts on wearing platform shoes and donning a signature look or “uniform.”

Watch the video to see her responses.