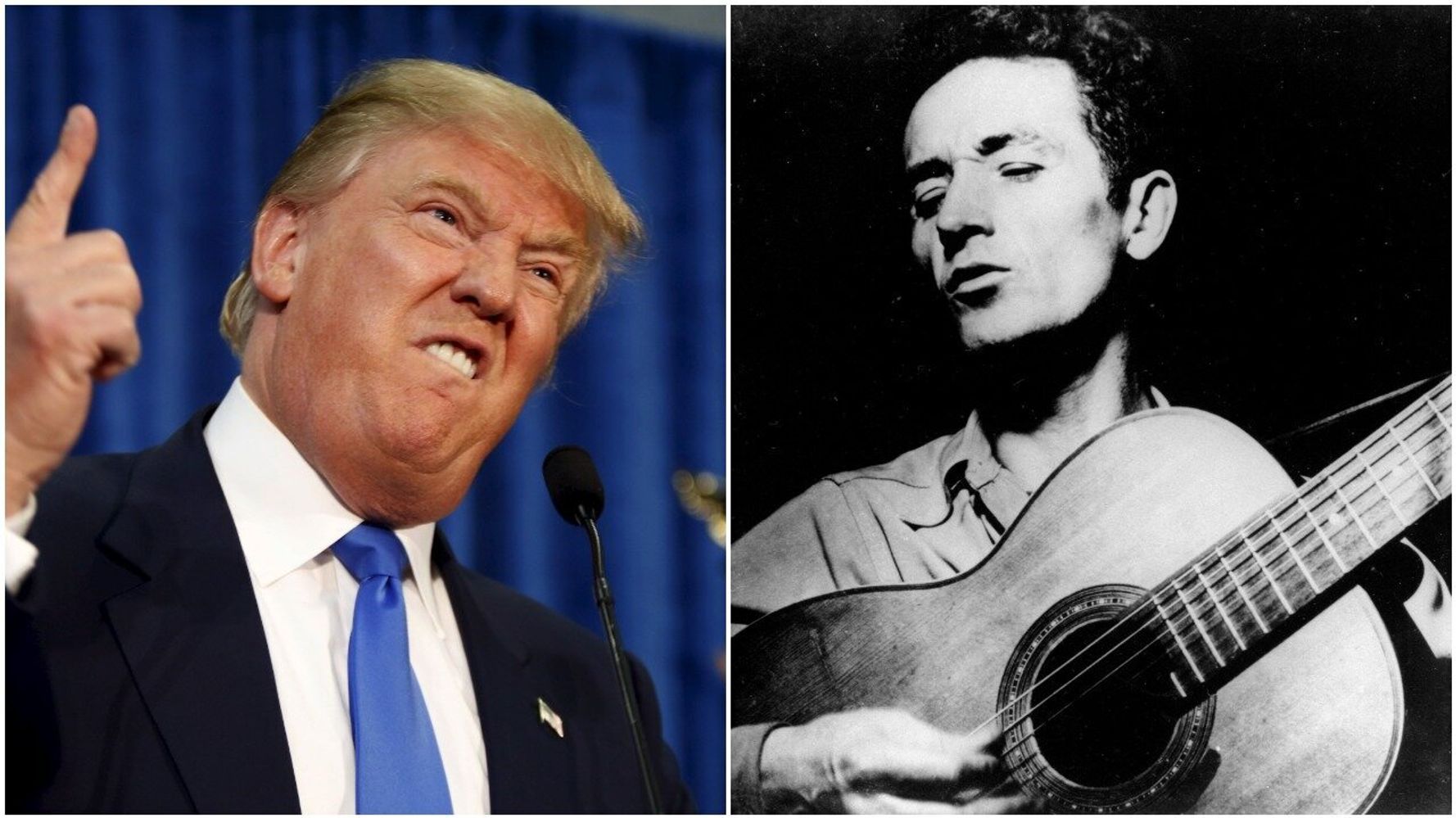 President Donald Trump managed to turn the release of the names of famous figures who will be depicted in the White House’s “National Garden of American Heroes” into a self-own.

Some of the names announced on Monday for the garden include Supreme Court Justice Antonin Scalia, Elvis Presley, Kobe Bryant and Julia Child.

But the most surprising one submitted by the Trump administration may be songwriter Woody Guthrie, composer of “This Land Is Your Land,” for reasons both political and personal.

Guthrie ― who had a guitar emblazoned with the words “This machine kills fascists” ― was not only a fervent supporter of left-wing causes, but he also had great animosity for the president’s dad, Fred Trump.

For two years back in the 1950s, Fred Trump was Guthrie’s landlord when the iconic songwriter lived at the Beach Haven apartment complex in Gravesend, Brooklyn, according to the New York Daily News.

To say Guthrie wasn’t a fan of Fred Trump is an understatement. He wrote a song criticizing his landlord: “Old Man Trump.”

“I suppose that Old Man Trump knows just how much racial hate
He stirred up in that bloodpot of human hearts
When he drawed that color line
Here at his Beach Haven family project.”

Guthrie never recorded the song officially, and the lyrics were forgotten until they were rediscovered in 2016.

HuffPost reached out to the White House for comment on the irony of Guthrie’s selection, but no one immediately responded.

In a statement, Trump said each individual in the garden was “chosen for embodying the American spirit of daring and defiance, excellence and adventure, courage and confidence, loyalty and love.”

You can hear a brief recording of the song below:

Here’s Why August Is Becoming Such A Popular Baby Name

Twitter users took a dim view of Meghan McCain after she made a breathtakingly self-centered...

Princess Eugenie and Jack Brooksbank have settled on a name for their newborn son: August...