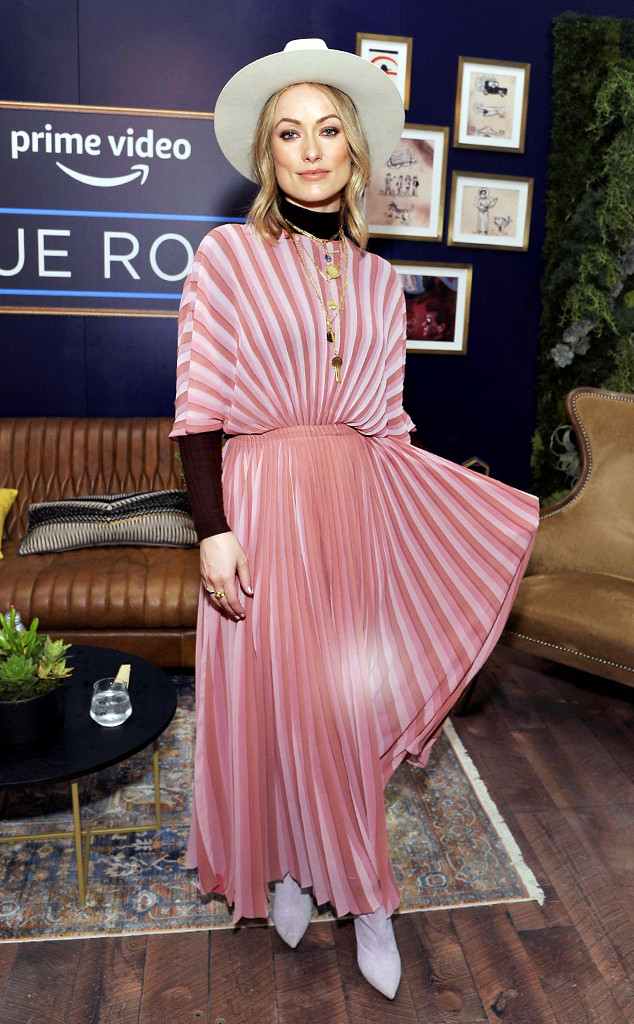 The 2019 SXSW Festival is underway and it is one stylish affair. As stars arrived in Austin, Texas to attend conferences, talks, panels and premieres there was only one thing on our mind…their fashions.

OK, we were also interested to see what celebrities were in town to promote their latest projects like Matthew McConaughey for Beach Bum or Elisabeth Moss for the next season of Handmaid’s Tale, but our main goal was to get style inspiration.

There were a lot of stars roaming around the funky and fun city, but 12 celebs stood out when it comes to fashion.

The festival which runs this year from March 8-17 has not disappointed when it comes to its schedule, or the fashionable females who’ve been spotted over the past week and a half.

Stars like Elle Fanning and Anna Kendrick for example looked chic and winter ready in their very different wardrobe choices.

Olivia Wilde on the other hand rocked numerous sexy and sophisticated ensembles as she promoted her film Booksmart, which is her directorial debut.

She’s rocked pantsuits, sheer dresses, purple gowns and lots and lots of hats, all of which we want to steal and add to our own closet ASAP.

To see all of the fashionable celebs who made us do a double take while celebrating 2019 SXSW, keep scrolling. Make sure to vote for your favorite look from the annual festival and conference below.

The Teen Spirit star donned a Miu Miu black and white trouser combo at the screening of her movie.

Brooklyn Decker was all smiles in a dainty, flower-printed Rent the Runway dress during the conference and festival.

The Us star looked gorgeous in an all-white Honayda suit as she stepped out in Austin.

The Grace and Frankie actress rocked a sexy black jumpsuit that we are loving.

Kaitlyn Denver looked pretty in pink in this embroidered gown by Markarian NYC.

The Avatar actress sported a modern and chic ensemble while attending SXSW. We especially love the touch of a colorful scarf to her otherwise neutral look.

The Pitch Perfect star brought some edge to SXSW with her sassy leather skirt, black turtleneck, tights and snakeskin booties.

The Goop creator looked sophisticated and chic in this navy, button-up dress and pointed heels.

Patterns galore! Elizabeth Banks made a statement by pairing a gingham dress and checker coat at the festival this year. Plus, her yellow heels added the perfect pop of color.