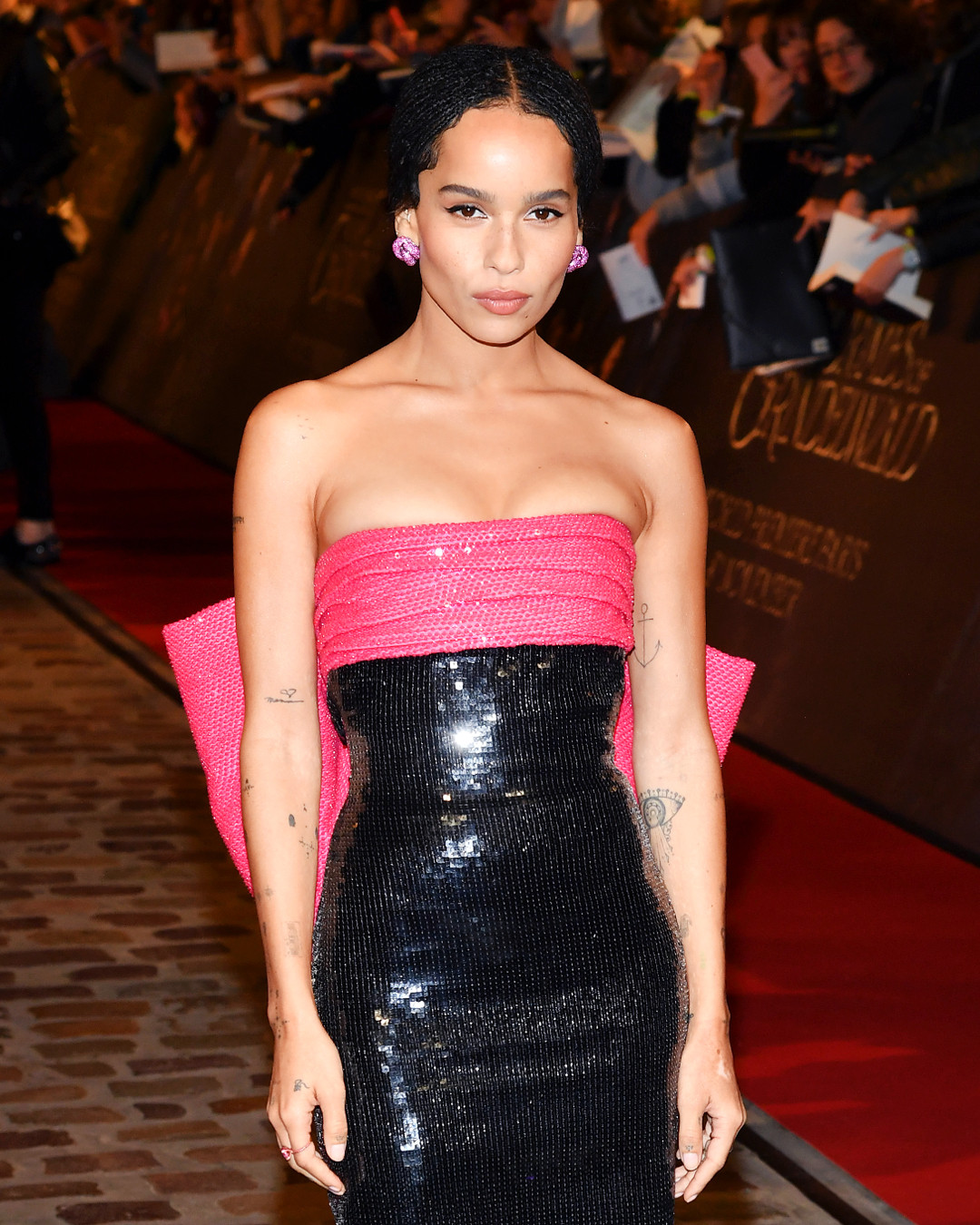 This week’s celebrity style can be described in one word: mesmerizing.

Celebrities are bringing our favorite holiday trends—sequins, jewel tones and velvet, for example—to the forefront. Not only are these looks inspiring our shopping plans (Think: upcoming Black Friday deals), but they’re causing double takes with their awing designs.

Zoë Kravitz is proof. In honor of the premiere of Fantastic Beasts: The Crimes Of Grindelwald, the star wrapped herself in a sequined gown from Saint Laurent. From the front, the texture, along with the black and pink hues, grabbed the attention of onlookers. However, as the actress walked away, the view of the larger-than-life pink bow stunned.

Chrissy Teigen, Cate Blanchett, Taraji P. Henson and more followed suit with eye-catching garments that will make you excited for your next holiday party.

Check out the best dressed stars below, then vote for your favorite look!

The model dazzled at the 2018 WSJ Magazine Innovator Awards in a chic black velvet mini dress by Alexandre Vauthier.

Lupita stunned in a bright white suit with layers of diamond accessories, silver platform heels and a black clutch for the 2018 WSJ Magazine Innovator Awards.

The actress served ’70s vibes at Joni Mitchell’s birthday celebration in this full-length white crochet dress. To match the vibe, she revealed blunt bangs with a middle part.

The actress made a shining statement in this black sequined Saint Laurent dress that features a neon pink sash along her bust in honor of the world premiere of Fantastic Beasts: The Crimes Of Grindelwald.

For a dinner hosted by Michael Kors, the actress rocked a matching Michael Kors black and gold bralette and jacket with a pair of high-waisted pants.

The model made sure all eyes were on her in this hot pink haute couture gown with voluminous shoulder detailing at the Elton John AIDS Foundation’s 17th Annual an Enduring Vision Benefit.

Emily sported a hot pink Spring 2019 Prabal Gurung gown that featured a scoop neck line and a sculptural skirt for the premiere of Welcome Home.

The model stood out at the Fashion Awards 2018 nominees celebration in a bright yellow Erdem suit that featured a black floral print.

For the 22nd Annual Hollywood Film Awards, the actress stunned on the red carpet in a one-shoulder white and grey gown.

Jessica brought some Hollywood glamour to the Christmas decorations inauguration in Paris in this velvet Ulyana Sergeenko Demi-Couture dress.

To master fall style at the US launch of Soda Says, the actress went for an all-black look, revealing an oversized black sweater, leather mini skirt and ankle boots.