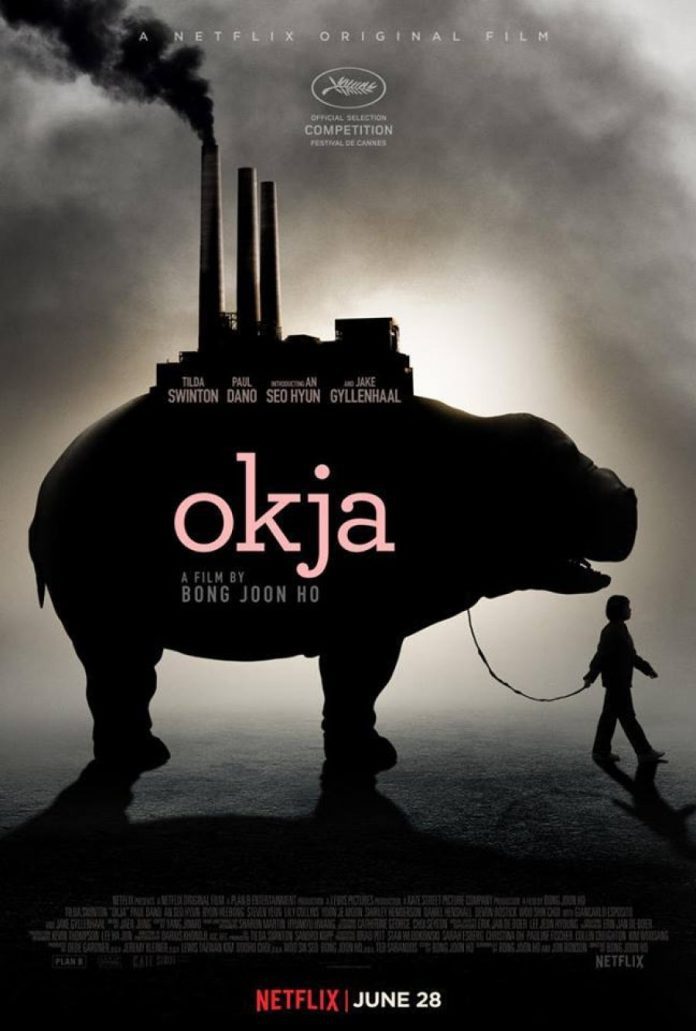 Netflix has brought us the convenience of streaming movies and TV shows from the comfort of our homes. The OTT platform streams some of the best flicks in the industry. And apparently, Korean cinema has also made its way to the international platform. With Korean movies gaining recognition and winning prestigious accolades you must be curious to explore what the cinema has to offer.  But are you stuck wondering where to start with the plethora of options available? Fret not! We have your back!

From cute comedies to sci-fi adventures to high-octane action thrillers, we’re bringing you a list of the best Korean movies you can watch on Netflix.

Yeon-Doo has feelings for her schoolmate Hyun-Jin (Park Jung Woo). Before leaving for the U.S., she entrusts her best friend with the task of collecting all the information about Hyun-Jin. Bo Ra then starts keeping tabs on him.

But things become complicated as she finds herself falling in love with her best friend’s crush.

Set in 1999, “20th Century Girl” is a heartwarming story of high school love and friendships. The side-splitting comedy, combined with heart-wrenching moments that will pull at your heartstrings, is all you need for a Netflix-and-chill night. 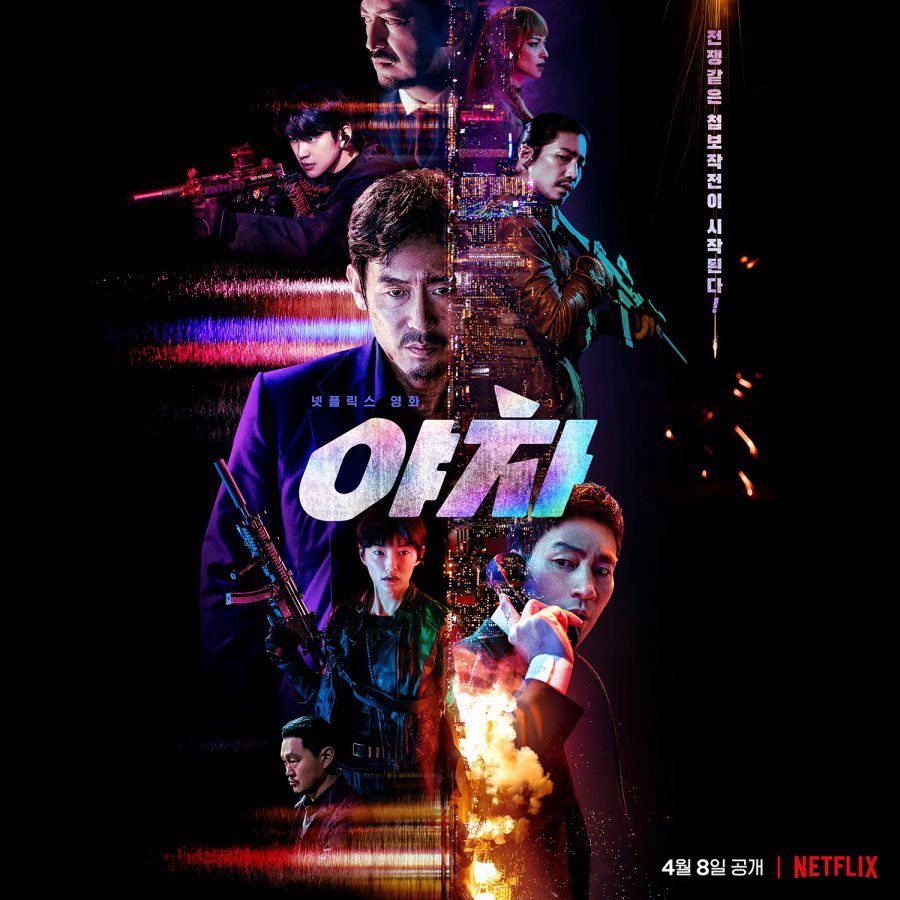 Ji Kang In a.k.a “Yaksha” (Sol Kyung Gu) is the leader of a secret NIS operation team located in Shenyang, China. He is a cold-blooded man who achieves his aims even if he has to transgress the law. Whereas, Han Ji Hoon (Park Hae Soo) is an upright prosecutor who always goes by the book. Circumstances lead him to transfer to Shenyang where he comes up against Kang In. 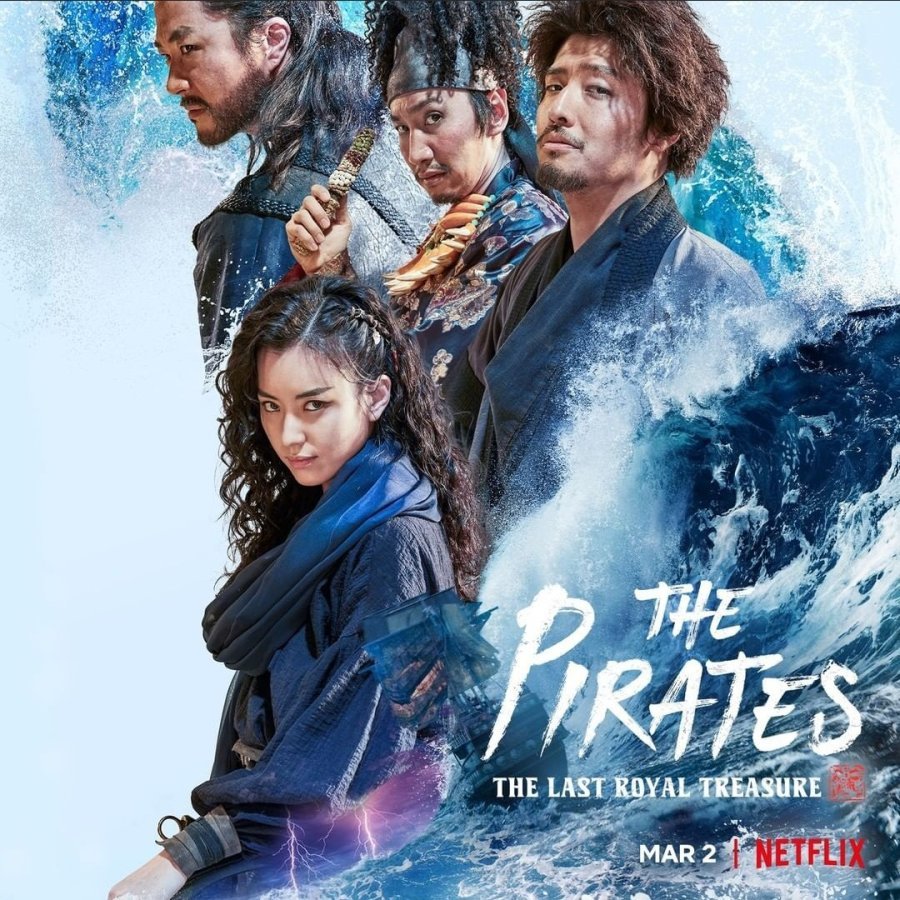 A swashbuckling crew of Joseon pirates and bandits venture out on the sea in a quest for a lost treasure. But to own the riches, they must tackle befuddling puzzles, battle militant rivals, and survive rough waters.

With a classic plot and a whole lot of treasure-hunting thrill, “The Pirates: The Last Royal Treasure” is one exciting actioner that will give you escapism from your routine life into the world of daring adventures. Despite involving some cliche tropes, the Korean movie does not fail to delight with its crackling comedy, sick swordplay, and quirky characters. 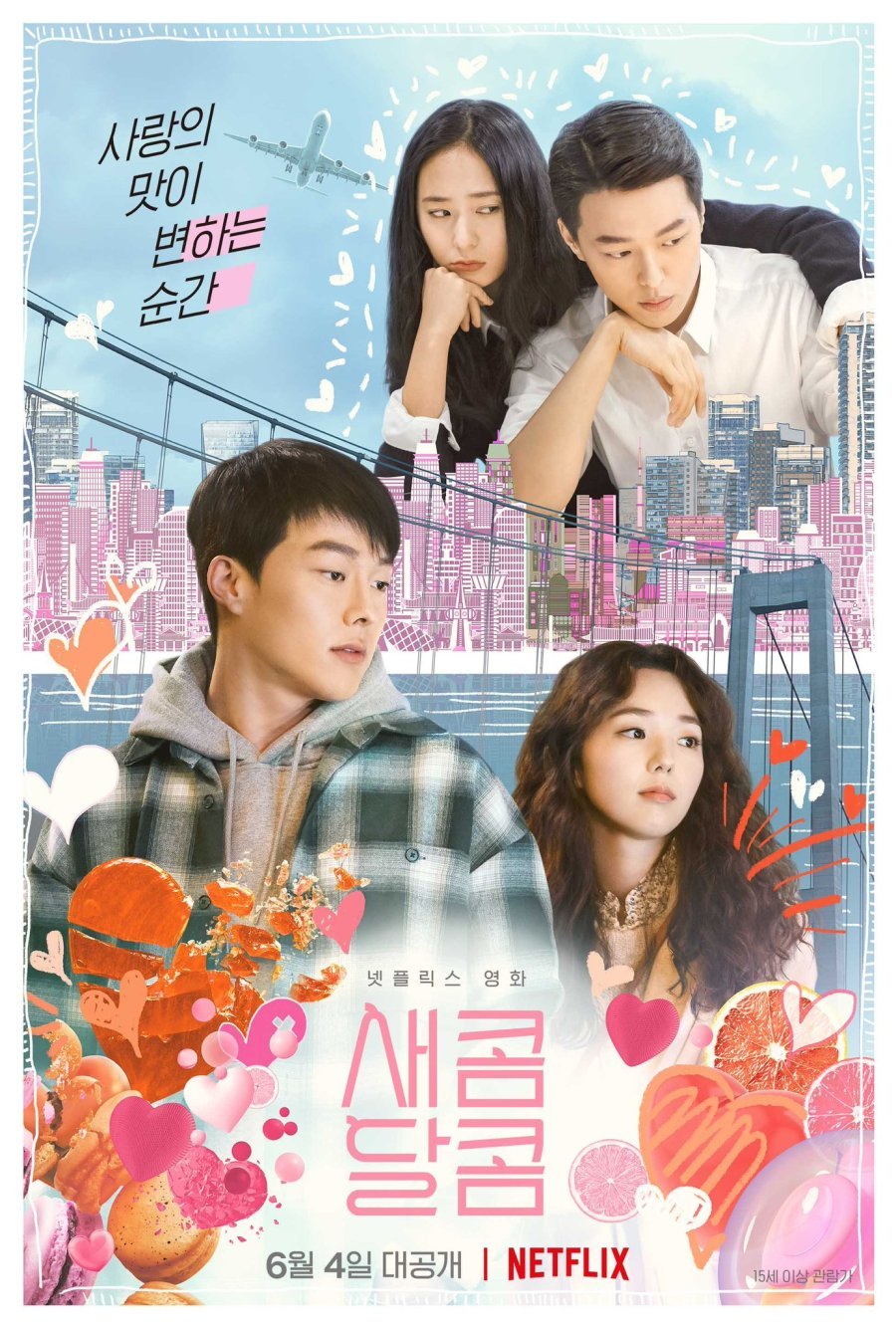 Based on the novel “Initiation Love” by Inui Kurumi, “Sweet & Sour” is an amusing romantic comedy that tells the story of Jang Hyeok (Jang Ki Yong) and Jung Da Eun (Chae Soo Bin) – a couple involved in a long-distance relationship.

“Sweet and Sour” portrays the reality of contemporary love life, the ups and downs couples face, and how they tend to behave when involved in a relationship. 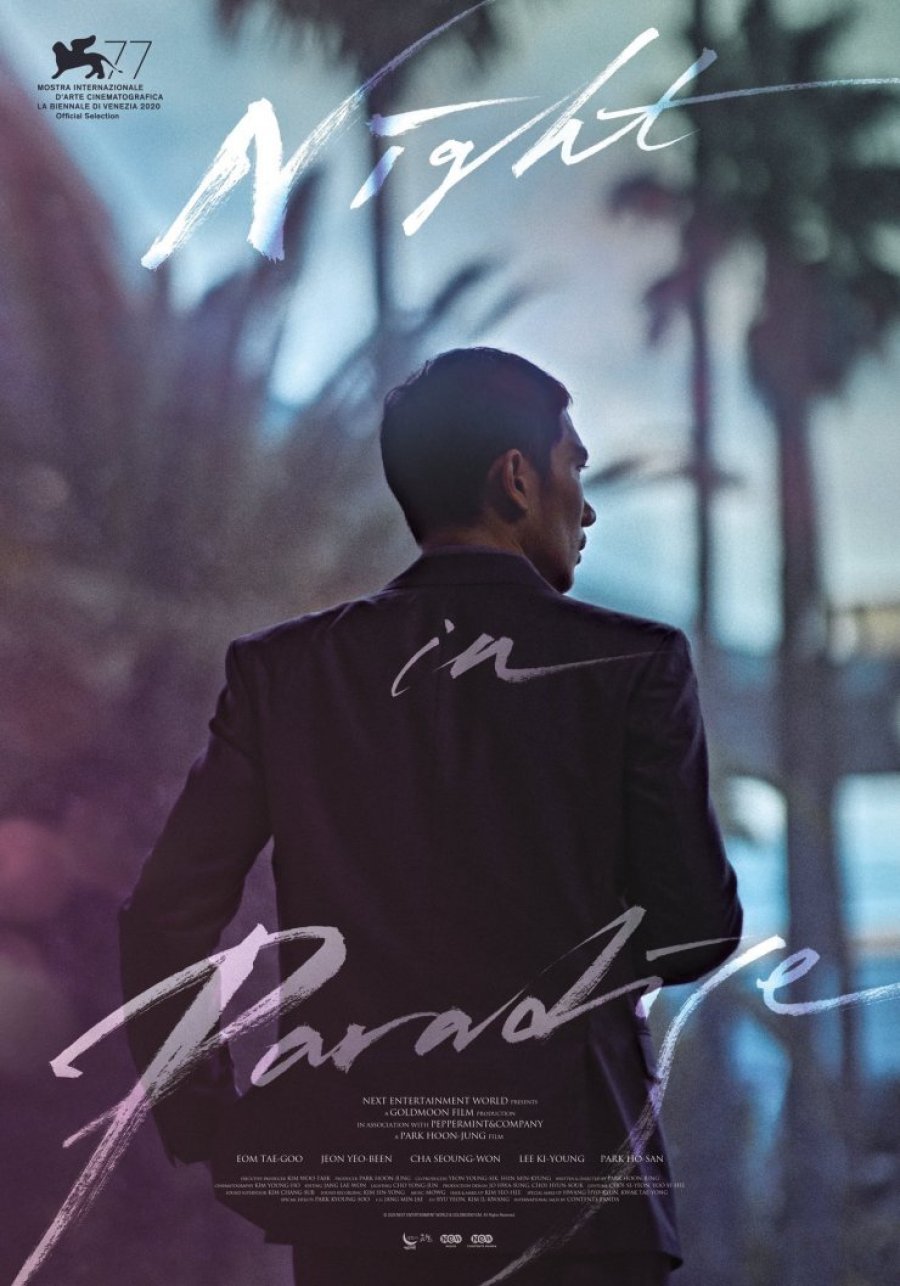 Park Tae Goo (Uhm Tae Goo) – an infamous mobster of a notorious crime gang – decides to leave the underworld and turn a new page in his life for his sister and niece. But an unexpected tragedy takes away his only family from him and leaves him hungry for revenge. After reciprocating the loss he suffered, he flees to Jeju Island where he meets Jae Yeon (Jeon Yeo Been) – a pompous woman entangled in her own troubles.

From intense blood-soaked fights to jocular dark humor, this action flick has it all. Though slow-paced, the progressing characters and underlying mystery are sure to keep you seated on your couch. 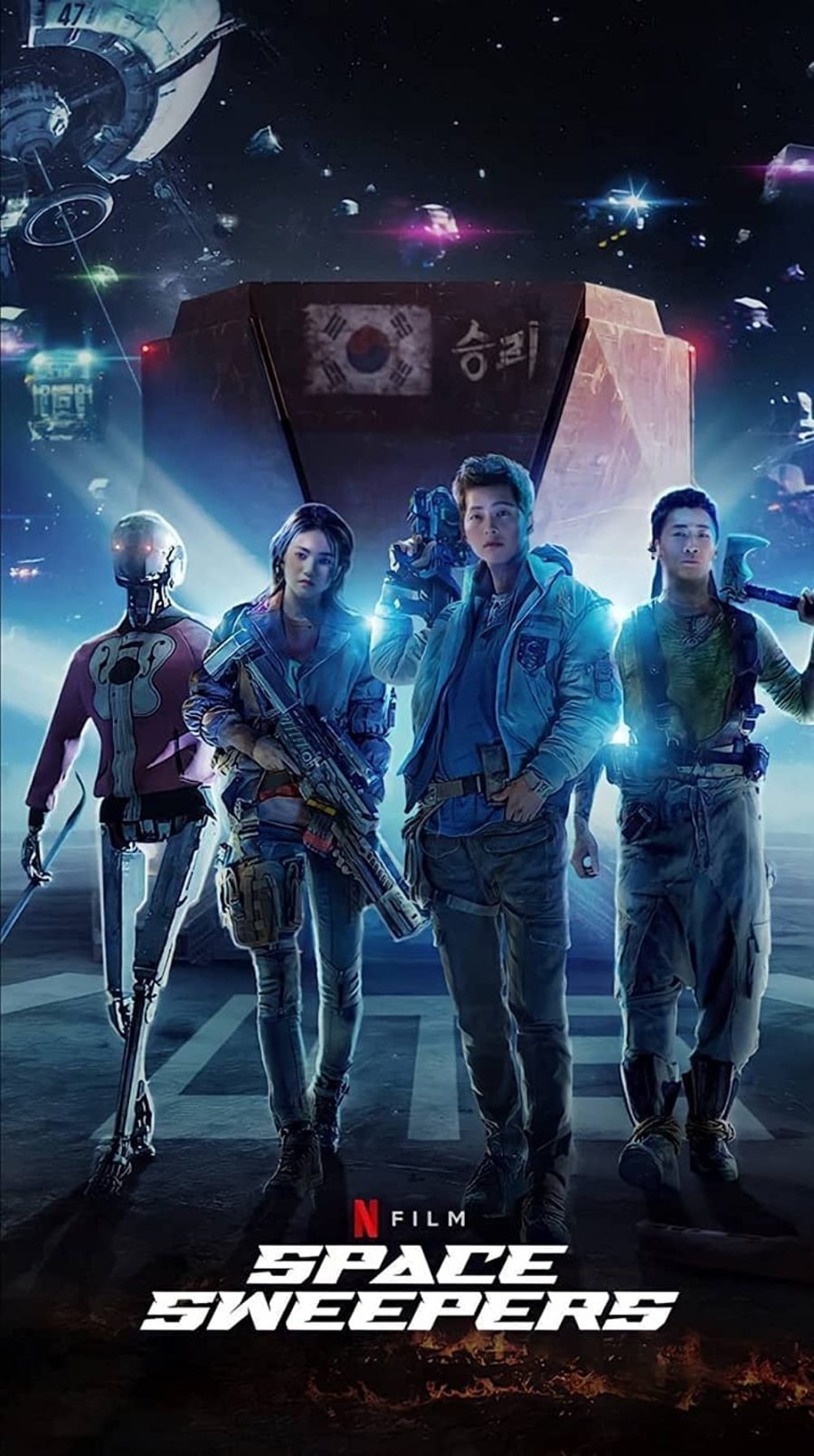 One day, during a debris chase, they catch a humanoid robot with the potential of mass destruction. The crew decides to trade the girl for money, but they soon find themselves involved in a risky business deal that can cost their lives.

“Space Sweepers” is South Korea’s first high-production sci-fi space movie that is sure to captivate you with its artistic CGI, sublime acting, and a deft balance of emotion and thrill. 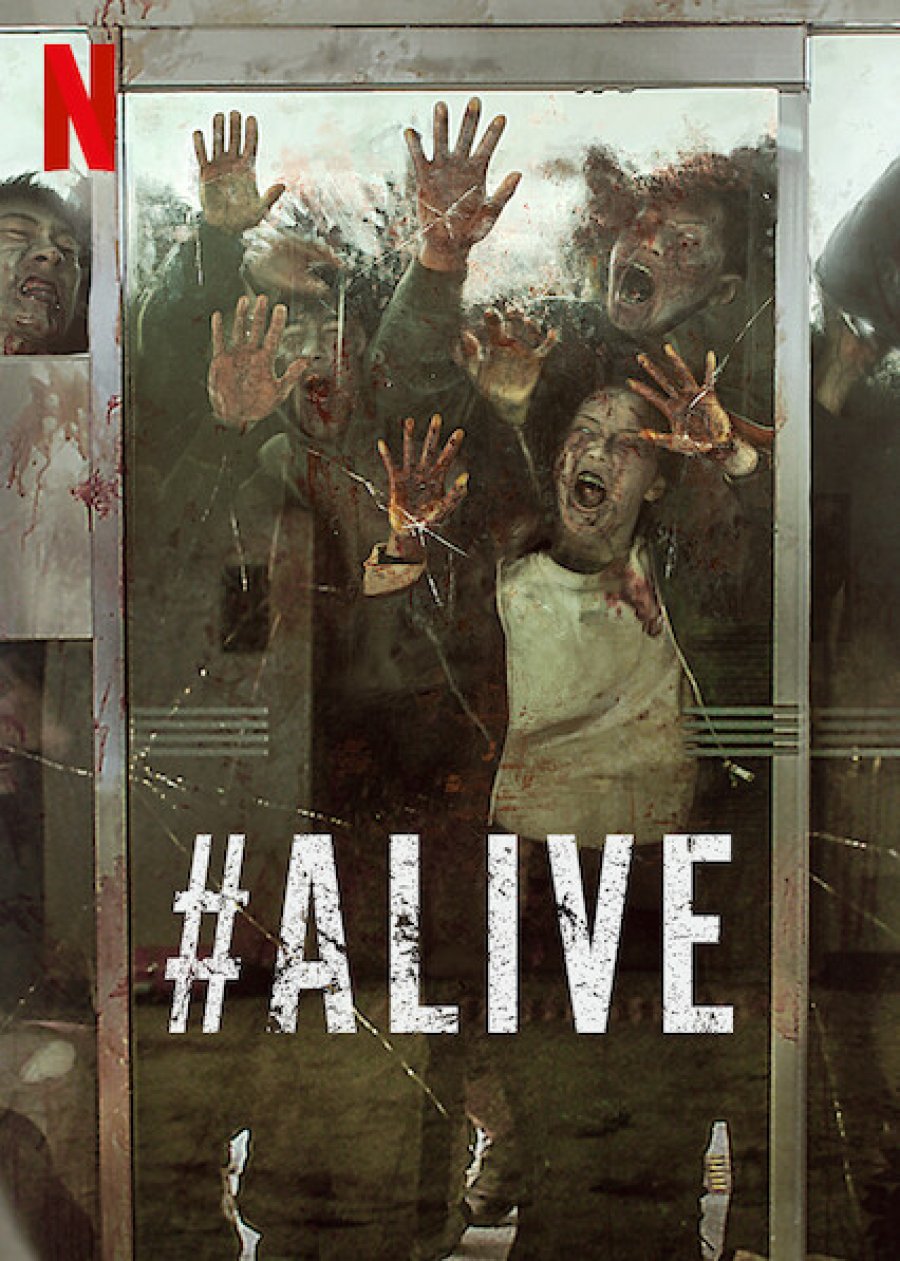 An unknown virus turns people into rampaging zombies. With no means of communication with the outside world and limited supplies, Oh Joon Woo (Yoo Ah In) and Kim Yoo Bin (Park Shin Hye) strive to survive the deadly outbreak.

With grisly zombies, near-death experiences, and narrow escapes; “Alive” is one zombie thriller that will leave you anticipating for more with every passing scene. 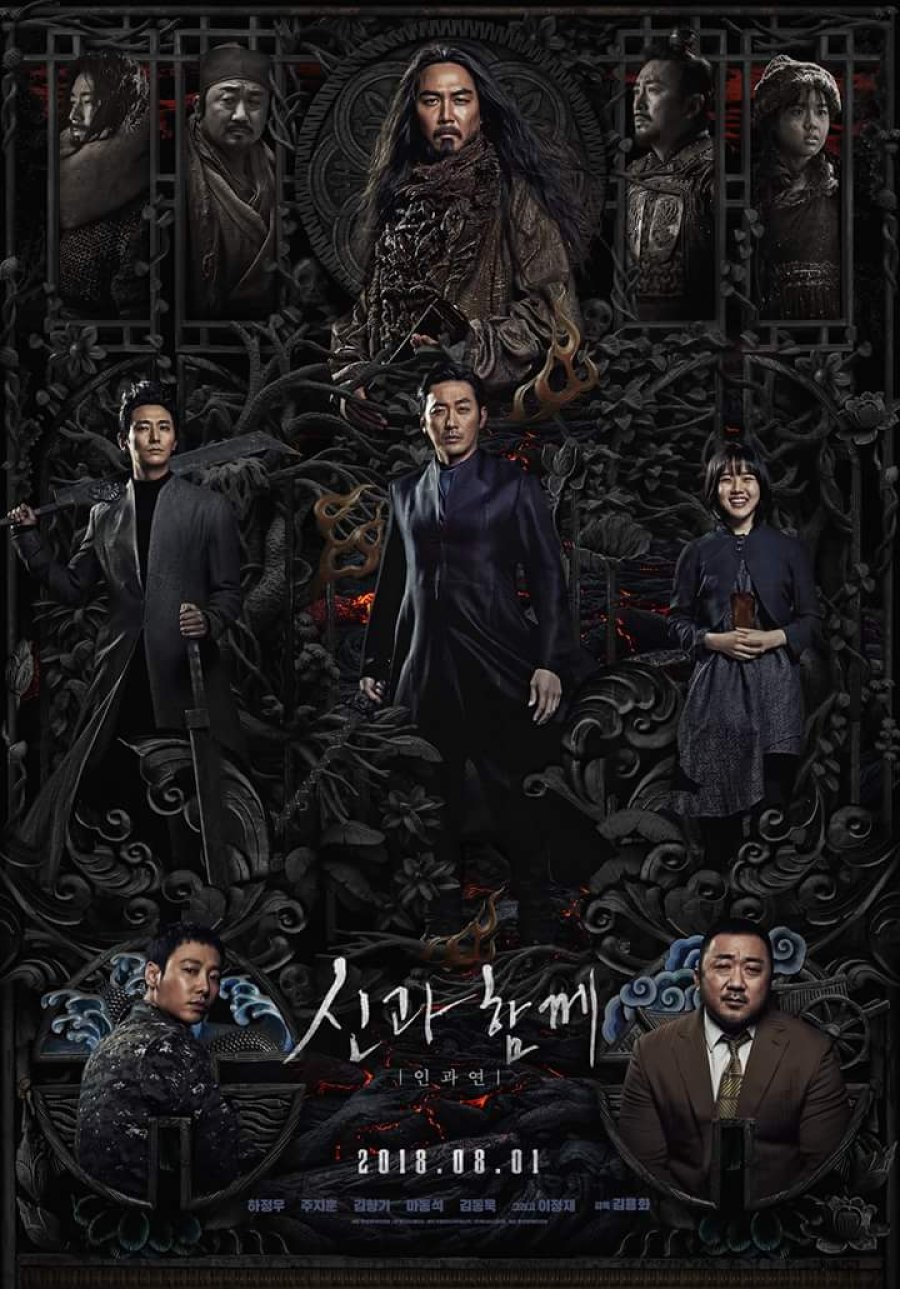 A continuation of the first part, “Along With the Gods: The Last 49 Days” is a fantasy thriller that delves into the past lives of the 3 angels of death – Gang Rim (Ha Jung Woo), Hae Won Maek (Ju Ji Hoon) and Duk Choon (Kim Hyang Gi). While they try to take a human who has outstayed his time on Earth, they meet the God of House (Ma Dong Seok) and discover the bitter truth of their tragic past.

Similar to the first part, “Along with the Gods: The Two Worlds” is a fantasy flick with an engaging storyline, cutting-edge CGI, and unlimited fun. Also expect a shocking revelation as the story dives deep into the characters’ earthly past. 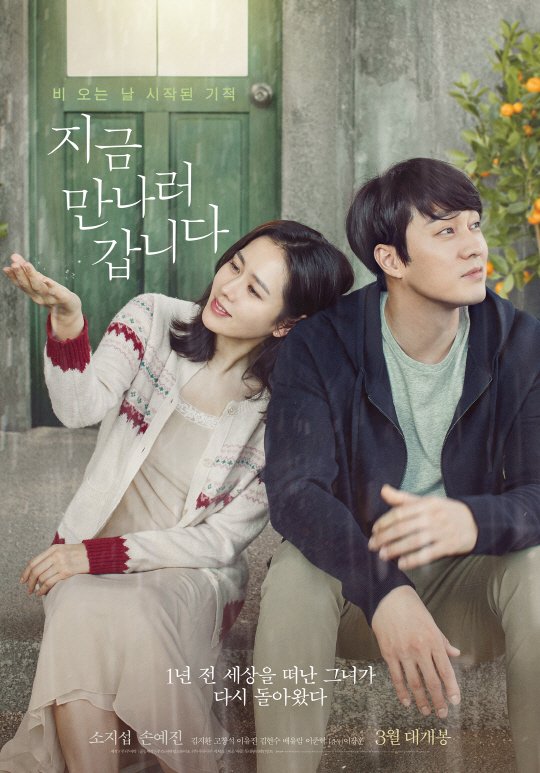 Before leaving for her heavenly abode, Soo Ah (Son Ye Jin) promises her husband and son that she will return a year later on a rainy day. Unbelievably, Soo Ah keeps her promise and returns to her family. However, she has no memories of her past life.

“Be With You” is a sweet fantasy love story that will impress you with its captivating plot, brilliant performances, and unexpected twist. 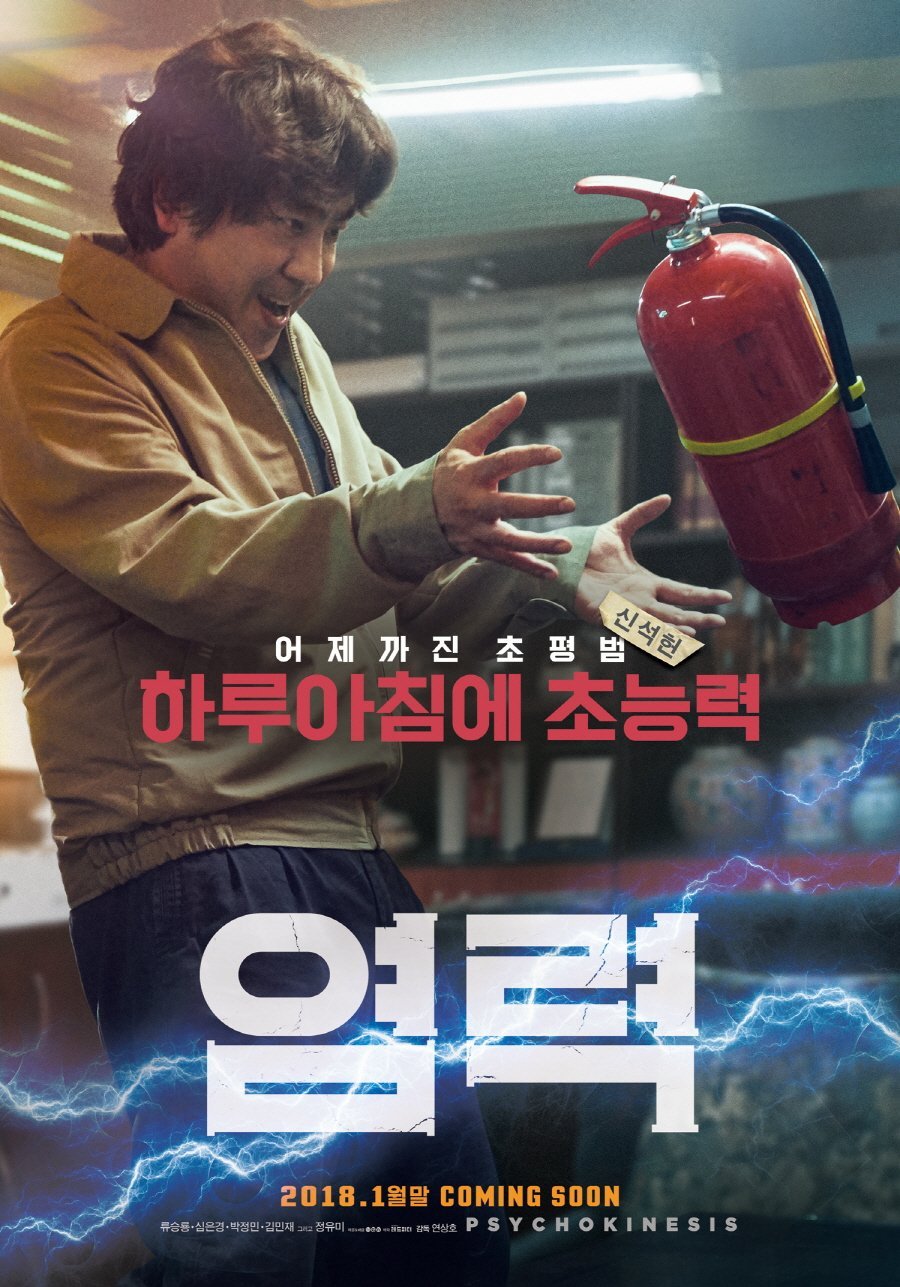 Suk Hun (Ryu Seung Ryong) is a security guard working at a bank who is separated from his wife and daughter. One day, he unexpectedly gains psychokinesis powers which allow him to move objects with his mind. When his separated family face threats from thugs to empty the restaurant they run, Suk Hun decides to exploit his newly found superpowers to protect his daughter Shin Roo Mi (Shim Eun Kyung).

“Psychokinesis” marks its name among the handful of Korean superhero movies that gained wide popularity. The movie is light with deep humor, top-notch CGI, a whole lot of action, and painstaking meticulous minutiae. 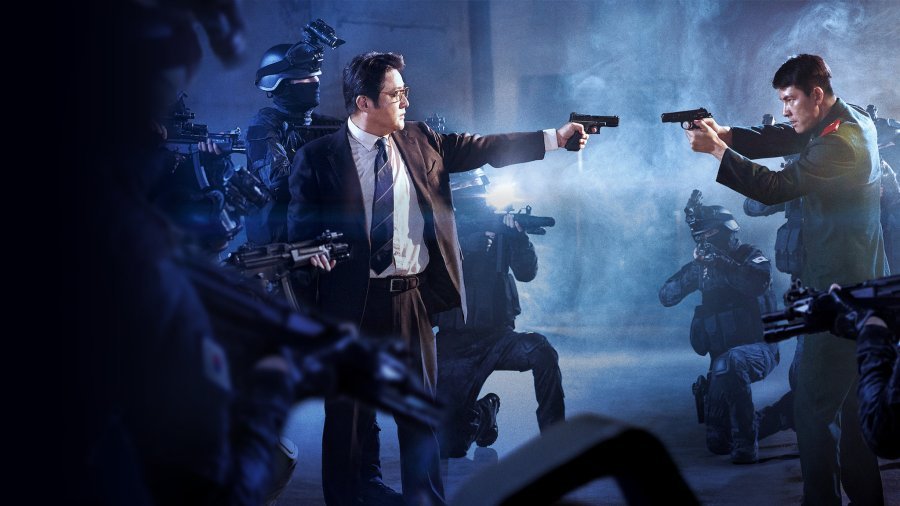 After facing a life-threatening coup, a former North Korean top agent Eom Chul Woo (Jung Woo Sung) escapes with his country’s wounded leader and flees to South Korea. He must now work with his enemy country’s officials to prevent a disastrous war. 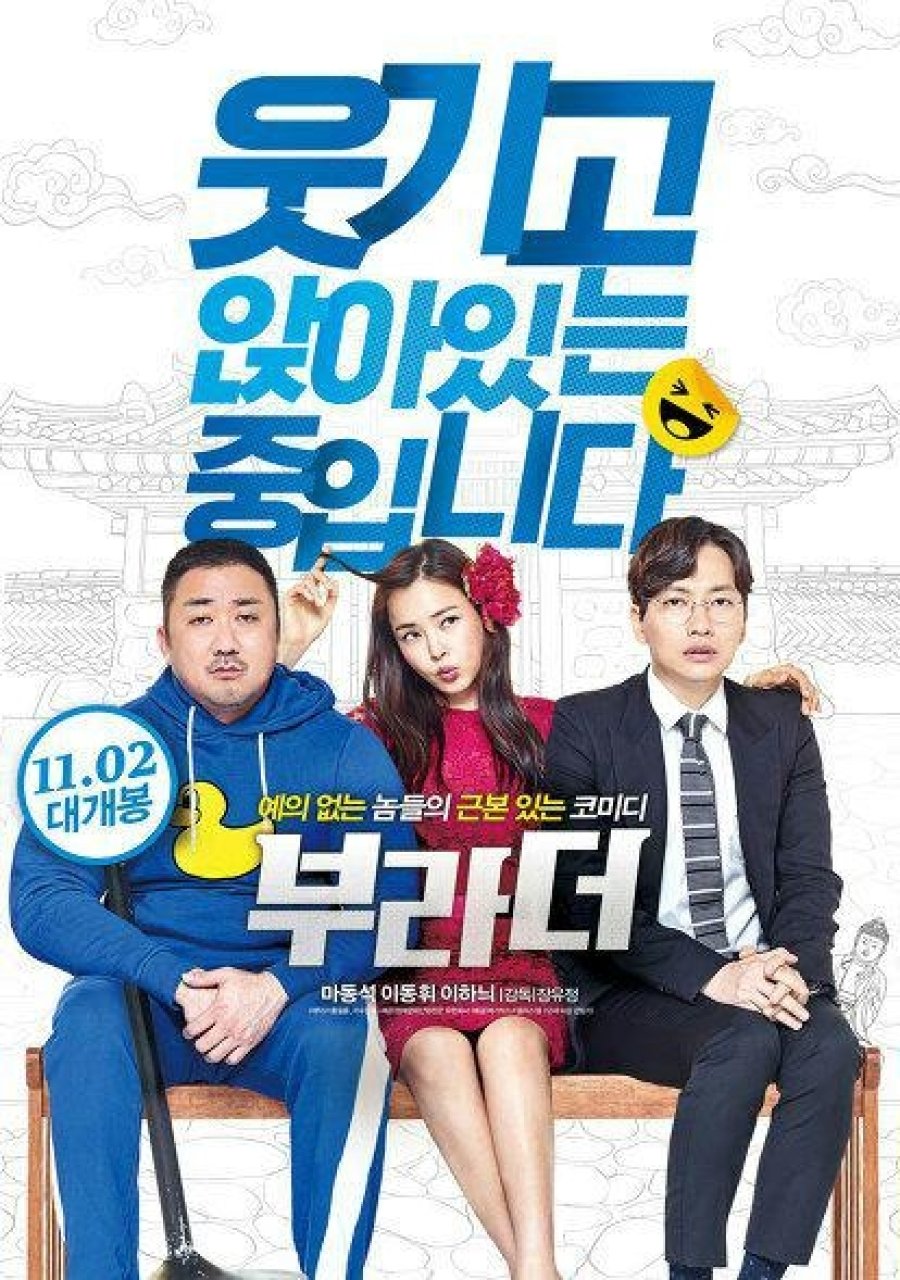 After not having seen each other for years, the uncaring brothers – Lee Seok Bong (Ma Dong Seok) and Lee Joo Bong (Lee Dong Hwi) – unite for their father’s funeral in their hometown Andong. But each of them harbors a selfish intention. Seok Bong searches for a hidden treasure at home, and Joo Bong seeks a contract for the Andong highway construction project.

En route, they accidentally hit a woman – named Aurora – who then loses her memory. And through the course of the funeral, the brothers discover truths they never knew.

“The Bros” is a fun-to-watch heartwarming movie that juxtaposes conservative values with modern beliefs and fuses family dynamics with a ting of laughter and a touching climax. 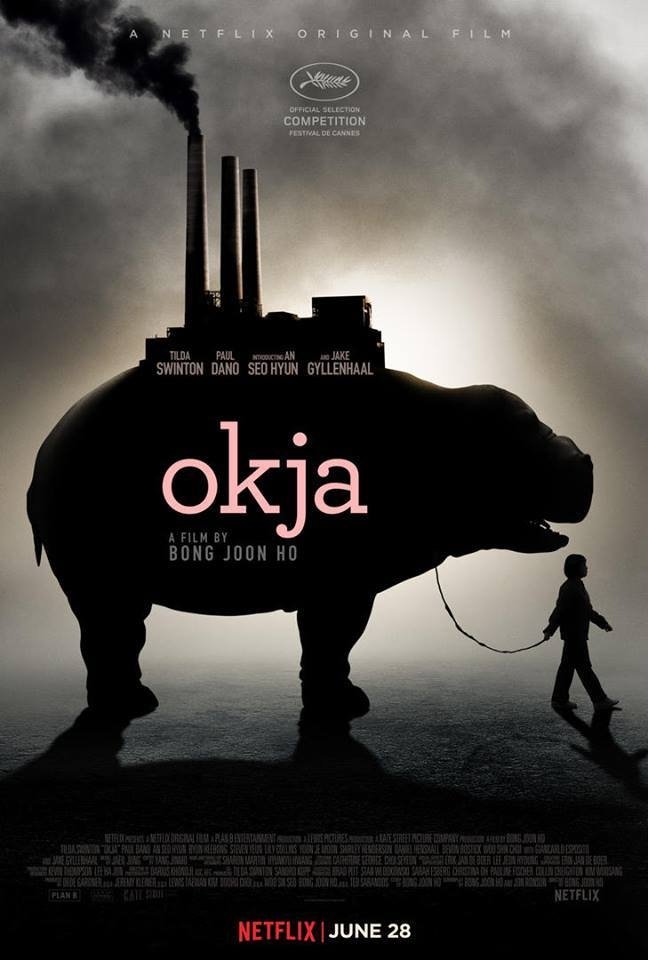 After 10 years of constant care and companionship, when Okja – a giant mutant pig – is taken away from young Mija (Ahn Seo Hyun), she ventures on a mission to get her dear friend back. But on her journey, she faces opposition from forces much more powerful than her.

Directed by Bong Joon Ho (acclaimed for his film “Parasite“), “Okja” is a heartwarming tale with a thought-provoking message, a compelling plot that centers around the theme of human-animal friendship, and a compilation of various sentiments.

The Korean movie is a collaborative work of distinguished artists from both the Hollywood and the Korean film industries. 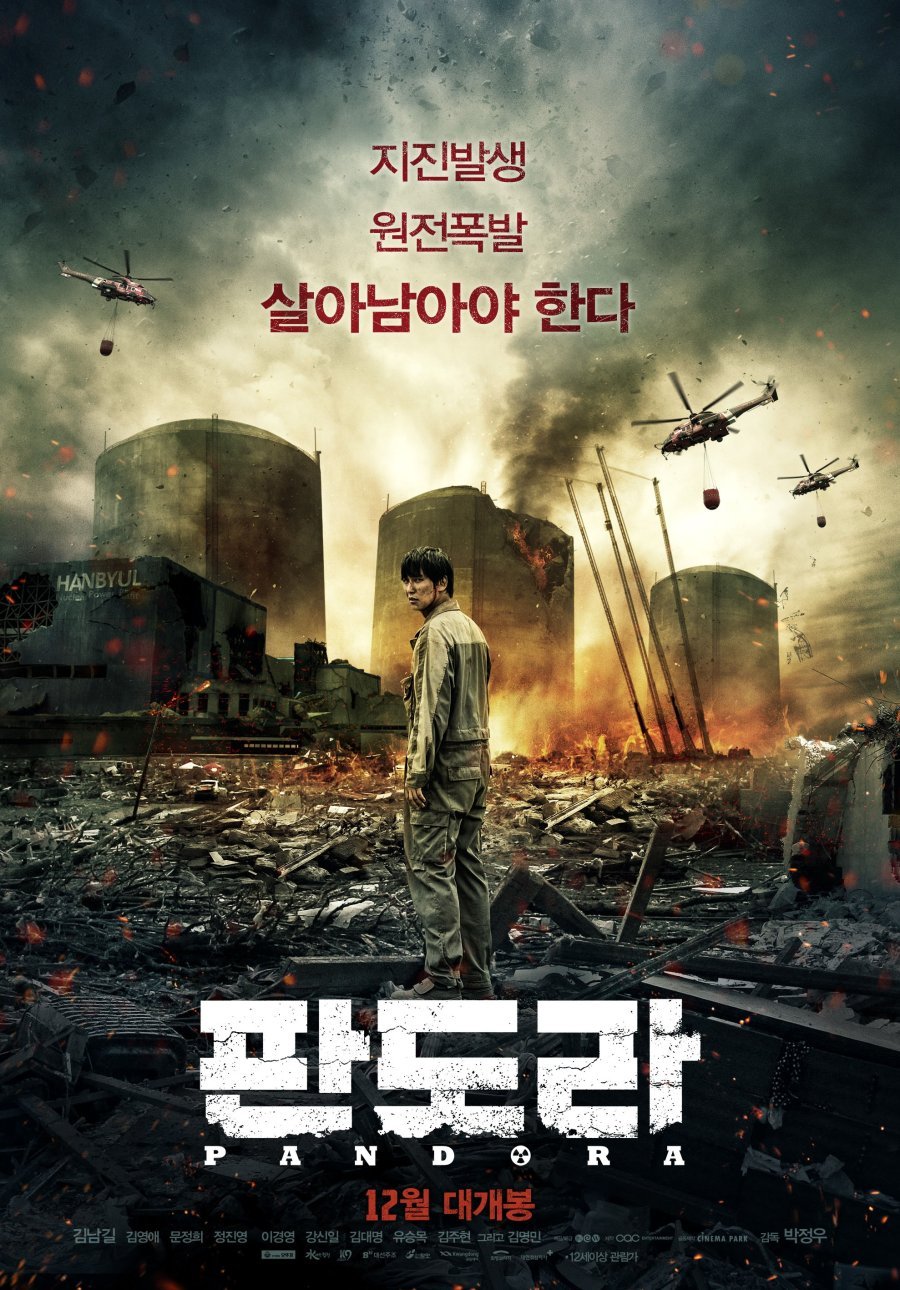 When an earthquake causes explosions in a  nuclear power plant in a peaceful town, Jae Hyuk (Kim Nam Gil) – a worker at the plant – ventures to rescue his trapped family from the power plant and prevent another explosion. Will Jae Hyuk accomplish the mission unscathed? Or will he face doom in the disaster?

With a captivating plot, emotionally engaging performances, and unlimited thrill; “Pandora” is one of those movies that will have your eyes glued to the screen till the end. 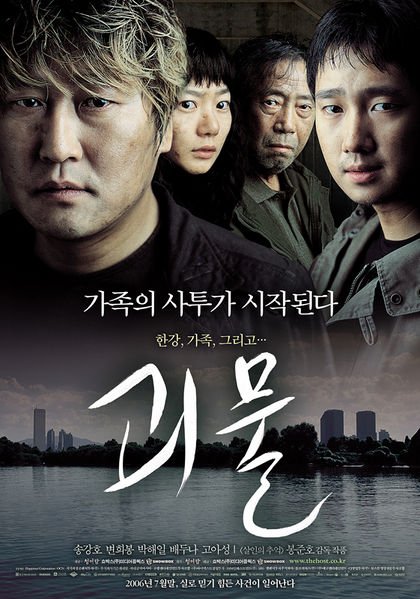 A negligent dumping of toxic chemicals results in the birth of a mutant creature. And when the monster grabs the daughter of Park Gang Du (Song Kang Ho), the snack bar owner and his family gear up to face the creature and rescue her from its clutches.

Also directed by Bong Joon Ho, “The Host” is a splendid monster flick that will arouse multifarious sentiments in you like sorrow, laughter, frustration, and satisfaction. And in the end, you can’t help but be in awe of this masterpiece.