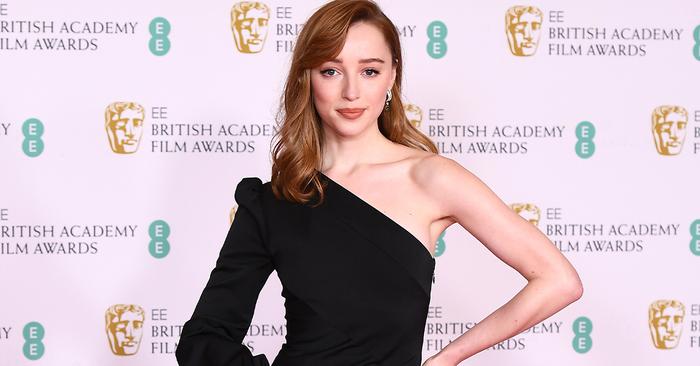 There is no denying that awards season has looked very different over the last year. Celebrities à la Tracee Ellis Ross have posed alongside makeshift red carpets in their gardens, while Grammy winners such a Beyoncé and Taylor Swift have attended events wearing face masks to match their elaborate outfits. We’re all adjusting to this new normal, but celebrities are proving that while they may be taking part in virtual ceremonies and adhering to social distancing protocols, that doesn’t mean red carpet fashion has to be any less show-stopping.

And today, the 2021 BAFTA awards further solidified this notion. Graced by a star-studded slew of celebrities who attended either virtually and in person at Royal Albert Hall, the BAFTAs provided a number of notable looks. Bridgerton’s Phoebe Dynevor arrived at the red carpet, wearing a one-shoulder black gown fit for a modern-day Duchess, while Priyanka Chopra Jonas opted for a two-piece look featuring a delicately embroidered jacket. Cynthia Erivo stunned in a silver and gold mini dress, while Clara Amfo went for a sleek tailored suit.

Keep scrolling to see all the best looks from the 2021 BAFTA awards red carpet.

After nearly a year of social distancing that’s lead to some unexpectedly long and scraggly...