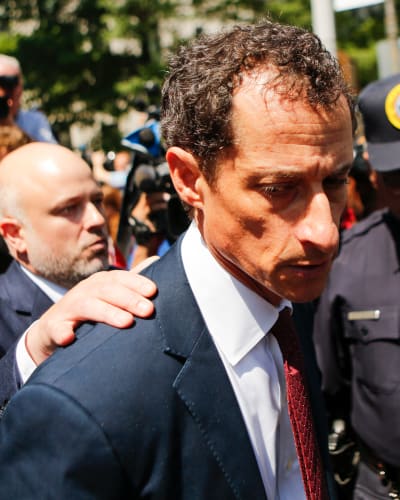 With all the political scandals of the past two years, it’s easy to forget about the strange saga of Anthony Weiner.

In 2011, the Democratic congressman from New York was a political star on the rise.

That same year, however, he found himself involved in a bizarre scandal that attracted intense interest from late night hosts and pun-loving headline writers alike.

Weiner accidentally tweeted a photo of his penis that he intended to send to a woman he had been flirting with online.

The whole thing might not have been such a big deal, were it not for the fact that Weiner is married to Huma Abedin, an advisor to Hillary Clinton and another rising star for the Dems.

Also not helping his situation is the fact that Weiner not only continued with his deviant behavior but got more extreme as the years went on.

Weiner stepped down from Congress following his first sexting scandal, but he returned to politics in 2013 to run for mayor of New York City.

Weiner’s second scandal introduced the world to Carlos Danger (his alias) and Sydney Leathers, a recipient of explicit texts from Weiner.

Obviously, that derailed his mayoral campaign, but it was the third sexting scandal that sent Weiner to prison.

In 2017, The Daily Mail broke the news that Weiner was caught sexting a 15-year-old North Carolina resident.

Weiner was sentenced to 21 months behind bars for his crimes.

He was released today with no advance notice, six months ahead of schedule.

Weiner was initially scheduled to be released in August of 2019, but he was granted an early release on the basis of good behavior.

For now, Weiner will be residing in a halfway house in the Bronx.

He was spotted today by a New York Post reported as he momentarily stepped outside to pick up food he’d had delivered.

Asked for a comment, Weiner stated simply, “Not allowed to talk. I’m sorry, my friend.”

It’s probably best for Weiner to keep as low a profile as possible these days.

Have Yourself a Very Matt Rogers Comedy Special