Are the Russo Brothers Going to Announce a Community Movie? 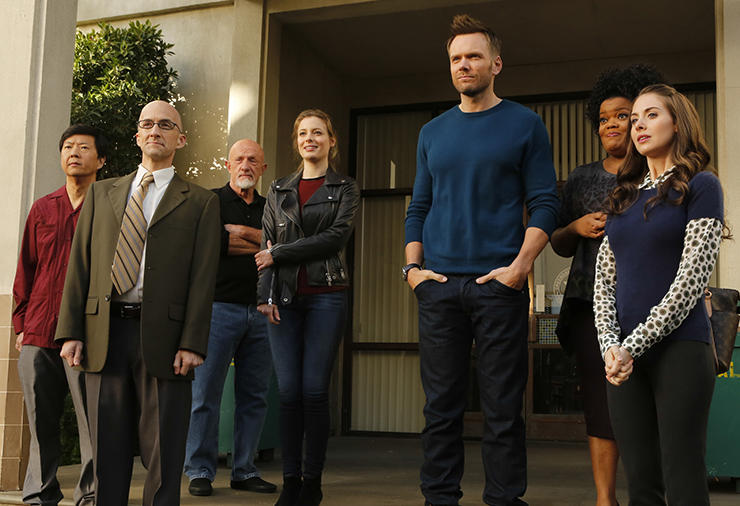 Are we about to witness a prophecy finally coming to fruition?

For years, fans have wondered if the Community rallying cry “six seasons and a movie” would ever come to light, because after six seasons we’re still missing the movie. But that all might change as the Russo Brothers are set to appear at San Diego Comic-Con, and they aren’t just teasing things that are Marvel-related, but also things about the beloved NBC comedy created by Dan Harmon. Is it finally happening?

On Friday, the Russos tweeted out a video with the time “11:00 a.m.” — which indicates the time of their “A Conversation With the Russos Brothers” panel — and an audio clip of Abed (Danny Pudi) and Troy (Donald Glover) singing.

So, are the Russos teasing that they’re about to embark on a Community movie? Who knows! The description for their panel includes the fact that the brothers are going to talk about their life “beyond Marvel with their new company, AGBO, which happens to include an exciting array of new and old creative friends.” That certainly sounds like they’re returning to their roots.

Long before the Russo Brothers ever joined the Marvel Cinematic Universe, they were television directors and executive producers for the likes of Arrested Development, Happy Endings, and obviously also NBC’s Community. While they were able to sneak Arrested Development references into the MCU (like the Bluths’ stair car in Captain America: Civil War), they also brought multiple Community actors into the fold, including Pudi, Jim Rash, and Yvette Nicole Brown. And while fans were always super excited to see those Greendale cameos pop up, now that Phase 3 of the MCU is done, it’s time to turn our attention to making Abed’s prophesied six seasons and a movie come true.

Currently, no Community stars are scheduled to appear at Comic-Con, but usually, the likes of Brown and Joel McHale show up. We’ll just have to wait and see if six seasons and a movie finally comes true.