Batman: Curse of The White Knight Gets a Black Label Trailer, Too 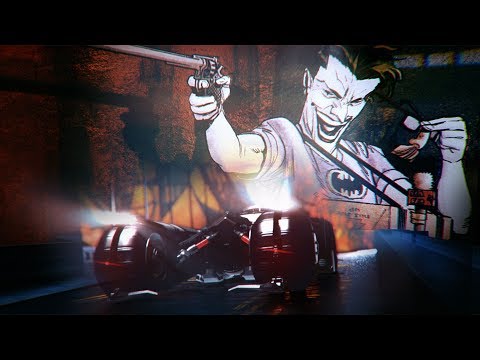 Fans of the original Batman: White Knight have been counting the days until the sequel was unleashed upon the world, but for those who missed out, DC has a brand new trailer showing why Sean Murphy’s Batman: Curse of The White Knight is a version of the Dark Knight and Joker’s rivalry unlike any seen before. And the same goes for the book’s new trailer.

The new piece of marketing delivers on the promise of DC’s Black Label imprint in more ways than expected. When the line was announced as a home for mature, prestigious, and premium format creators and stories, it made sense that White Knight would be retroactively added to its catalogue. After all, its introduction of the cured Joker and the new twist on the origin of both versions of Harley Quinn are exactly the kind of inspired, bold, and controversial reinventions Black Label is designed for. With the sequel bringing back the unhinged (but no less brilliant) Joker AND adding a re-imagined take on Azrael, Murphy’s work is a perfect chance for DC to blur the lines between comic book, film, and animation in a premium trailer of its own.

During the initial run of his White Knight series, Murphy made no secret of his love for the Batmobile, and his desire to create his own rendition (eventually leading to a Batmobile-filled sequence heading towards White Knight‘s climax). So if readers ever dreamed of seeing the Murphyverse Batmobile adapted from the page into a full-blown animated sequence, then the new Curse of The White Knight is here to deliver. Watch the trailer below:

DC Comics has experiment with animated/motion comic videos advertising coming releases in the past, but there’s a good chance even seasoned fans will be highly impressed with the video above–using Murphy and colorist Matt Hollingsworth’s artwork to establish not just the story waiting to be read… but a world waiting to be entered. At the same time, the video is guaranteed to have every DC fan wondering why they aren’t investing in animated features in the style of the Curse of The White Knight‘s own trailer.

Following the critical success of Batman: White Knight, Murphy is putting a new spin on this upcoming series, with The Joker recruiting a new, savage partner, an avenging angel named Azrael, to help him expose a shocking revelation about the Wayne family’s legacy. As Batman rushes to protect the city and his loved ones from this corrupt conspiracy, the Dark Knight will come face to face with the horrifying truth. Read on for the official release details and plot synopsis:

Batman: Curse of the White Knight #1 begins the eight-issue series by Sean Murphy and Matt Hollingsworth, releasing monthly, and is available now from your local comic book shop, or direct from DC Comics.

What Is The Song In The Zombieland 2 Trailer?
advertising