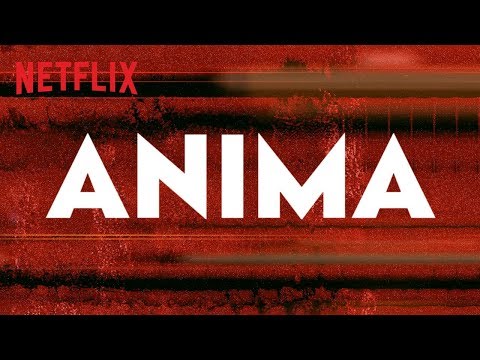 Looking for something new to watch on Netflix? Here is a list of all the best new shows and movies released on Netflix the week of June 28-July 3.

We’re covering a shorter timeframe than usual this week, because Netflix is devoting next weekend to Stranger Things, which drops July 4 and is the only major release of the whole weekend. We want to give Stranger Things its proper due, and there’s plenty of stuff coming out this week, even if none if it is particularly compelling, unless you like Instant Hotel, which we do. The Korean Designated Survivor seems promising, too. This week is all series and no movies, which is pretty unusual.

If you’re looking for even more hand-picked recommendations, click over to our Watch This Now! page.

(All titles are out Friday, June 28, unless otherwise specified.)

Anima
This “one-reeler” comes from Radiohead’s Thom Yorke and director Paul Thomas Anderson, who has directed great movies like There Will Be Blood and Phantom Thread, as well as music videos like Fiona Apple‘s “Paper Bag.” It’s a 15-minute special that’s essentially three music videos from Yorke’s album, also called “Anima.” The videos are tied together through a loose, impressionistic narrative of Yorke meeting a woman on a train. It’s got mind-bending visuals and transfixing choreography. If you like either (or both) of these artists, this is a must-watch. (Thursday, June 27)

Instant Hotel, Season 2
This Australian reality series follows four couples who rent out their homes as “instant hotels” competing for the title of “Australia’s best vacation rental.” They stay in each others’ properties and review them. It sounds pretty straightforward, and it is, except for the fact that all the people involved are total characters (that includes flamboyant host Laurence Llewelyn-Bowen, who’s taking over from Luke Jacobz), and the homes are all Murphy’s Law disasters. It’s way more entertaining than it should be, and perfect mindless summer viewing. (Trailer)

Designated Survivor: 60 Days, Season 1
There have been some very successful American adaptations of Korean series (The Good Doctor, The Masked Singer), but we haven’t seen a ton of Korean adaptations of American shows (at least not in America). But when Netflix picked up Designated Survivor, it bought the rights to international adaptations, and now a Korean version exists. It’s the same premise as the original — low-level politician gets elevated to president after a devastating terror attack — but it has more Seoul. (Trailer / Monday, July 1)

7SEEDS, Season 1
Every week I watch anime trailers, and every week I can’t figure out what they’re about. Do you have to be familiar with the genre in order to understand how the trailers are constructed? According to Netflix, the plot of 7SEEDS is “a shy girl named Natsu learns that she’s part of a group chosen to ensure the survival of humanity. Together, they have to survive on a changed Earth.” If you get that from the video above, please tell me how.

Dope, Season 3
The third season of this intense and immersive docuseries embeds with dealers, addicts, and law enforcement from Los Angeles to Rotterdam to show the many sides of the trade. (Trailer)

Exhibit A, Season 1
We all want to believe that forensic science makes our justice system less fallible, but that’s not always the case. This true crime docuseries examines all the different ways forensic techniques get abused and misapplied in the pursuit of convictions. It’s disturbing and eye-opening. (Trailer)

Paquita Salas, Season 3
The Comeback, Spanish style. This comedy series follows a washed-up talent manager as she tries to climb her way back to the top of the industry. Things don’t go according to plan, because Paquita is an extremely difficult person. (Trailer)

The Chosen One, Season 1
Three doctors head into a remote village to inoculate people against the Zika virus, but find themselves face-to-face with some dark magic science can’t explain in this supernatural thriller from Brazil. I might start wearing a white robe and calling myself the Chosen One. I dig that look. (Trailer)

Katherine Ryan: Glitter Room
The comments on this stand-up special are mostly people asking Netflix for new seasons of The Umbrella Academy and Chilling Adventures of Sabrina. But if you’re into unironic misandry, maybe you’ll like this. (Trailer / Monday, July 1)

Bangkok Love Stories: Objects of Affection
In this installment of the Bangkok Love Stories franchise, a graffiti artist’s multiple personality disorder worsens after she witnesses a double murder. She recorded it on her phone, but her phone broke, and she took it to get repaired, but her other, malevolent personalities are trying to get it before she does. The fact that it uses a Black Mirror-style title screen makes me think there’s a big twist. (Trailer / Tuesday, July 2)

Bangkok Love Stories: Plead
Fate conspires to make a girl in love with a blind fortune-teller after he gives her a devastating prophecy that comes true. All kinds of stars getting crossed in this one. (Trailer / Tuesday, July 2)

The Last Czars, Season 1
The story of Czar Nicholas II and the Russian revolution gets told through reenactments and interviews with historians. If your favorite part of Chernobyl was the British actors playing Russians, this is for you. (Trailer / Wednesday, July 3)

Yummy Mummies, Season 2
I assumed from the title this was a kids’ show about mummies, maybe a spin-off of Super Monsters, but I was very wrong! It’s “mum” as in “mom,” and these mummies are hot, high maintenance Australian ladies. They’re like Real Housewives with toddler-age kids. (Trailer / Wednesday, July 3)

The 52 Netflix Originals You Should Be Watching