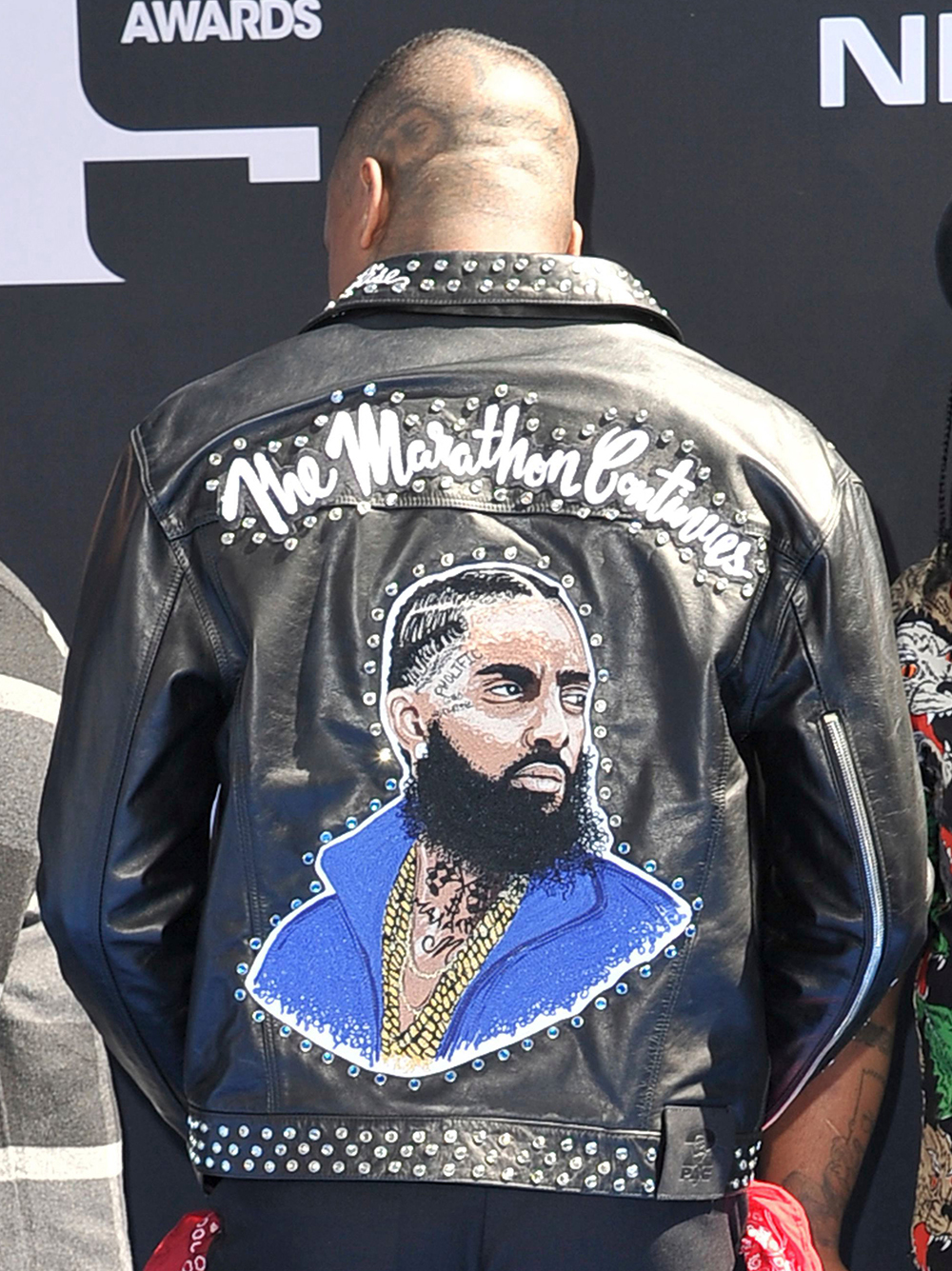 The 2019 edition of the BET Awards doubled as a celebration of late rapper Nipsey Hussle, who was killed in March outside of his Marathon clothing store in Los Angeles. In honor of the man affectionately known as “Nip,” the carpet was colored blue.

“The marathon continues” was a common refrain on the carpet (as seen on the back of YG’s jacket) and beyond.

In fact, Hussle performed on the BET Awards just last year. Speaking to Variety, BET Networks President Scott M. Mills said: “Nipsey is such an important part of our community, in particular the fact that he focused on servicing his community, staying in his community, and trying to uplift the community he was a part of. We see that nature of his really resonated deeply with the African American community and culture. We really wanted to recognize him here in L.A. for the BET Awards. We thought one of the ways just to start — obviously other than a fantastic tribute in the show itself, but one of the ways to really bring home itself was to have the blue carpet.”

In addition to a Nipsey tribute, Mills is excited as ever for this year’s festivities — which include a Mary J. Blige tribute by Mary herself.

“This is really a wonderfully packed show. We got an incredible opening of Cardi and Offset. We got Migos here, they always turn up when they get here. We got the Mary J. Blige tribute where she’s actually gonna perform herself, as opposed to having other people do it. Couldn’t be more excited about that. We’re getting calls from artists today saying, ‘I want to come and support Mary,’ so we had to re-allocate seats so we can have all of her dear friends come and watch her. It’s really exciting!”

The BET Awards recognize winners across 20 categories in a “celebration of black culture.”  In a year when Cardi B has dominated, it’s no surprise that her “Invasion of Privacy” won for album of the year, beating Travis Scott’s “Astroworld,” Meek Mill’s “Championships,” Ella Mai’s self-titled debut and  “Everything Is Love” by The Carters.