Beth Chapman Hospitalized and in Coma as Dog Asks for Prayers 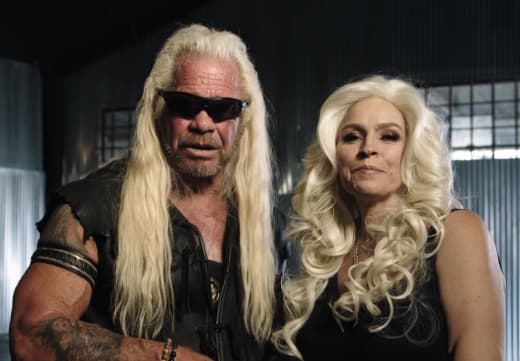 Beth Chapman has, once again, been hospitalized for issues related to her cancer.

And unfortunately, things aren’t looking so great at this exact moment.

Beth, wife of Duane “Dog the Bounty Hunter” Chapman, was first diagnosed with throat cancer in September of 2017.

Doctors classified the cancer as stage two, but just a couple of months after the initial diagnosis, the couple made the statement that the cancer had been completely removed.

But, as we all know, cancer is the absolute worst, and last year, it came back.

Things seemed to be more serious this time around — in November, she underwent emergency surgery to take care of a blockage in her throat that was obstructing her airway.

Duane said at the time that she was “not doing good,” and that doctors feared the cancer had spread from her throat.

They later confirmed that the fears were correct, and that the cancer had spread to her lungs.

She pulled through that surgery, but she was hospitalized again in April after she experienced some difficulty breathing.

Throughout everything, she’s been extremely active on social media, and she’s honestly been an inspiration.

She’s been so strong, and she’s shown so much love to Duane, who she says has been there with her every step of the way

And although her prognosis isn’t good, she’s chosen to spend whatever time she may have left with her family instead of in hospitals or in hospice.

She’s even been working on Dog’s Most Wanted, a new show that touches a bit on Beth’s battle while still, of course, focusing on Dog’s work as a bounty hunter.

Sadly though, her work came to a halt yesterday when she was admitted to the ICU at a hospital in Honolulu.

At this point, we don’t know too many details about what exactly brought her to the hospital, but her family gave a brief statement to local news site Hawaii News Now.

In the statement, they revealed that Beth had been placed in a medically-induced coma, and that they “humbly ask everyone to please pray for Beth.”

Additionally, they offered their “sincere thanks to everyone for their prayers throughout Beth’s battle with cancer.”

Last night, Duane shared a similar message on Twitter, writing to his followers “Please say your prayers for Beth right now thank you love you.”

When People reached out to their rep for an additional statement, they were told simply that “It’s quite serious.”

Here’s hoping that Beth manages to pull through this, and that Duane and the rest of their family are getting plenty of support during this difficult time.