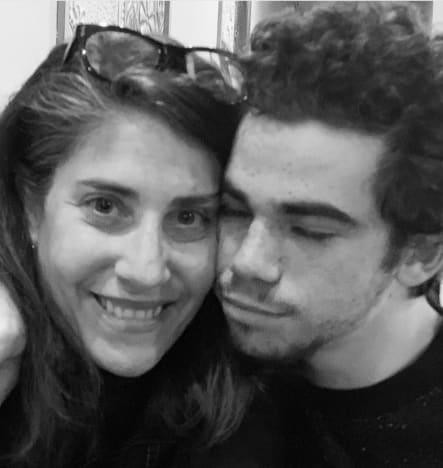 The mother of Cameron Boyce has spoken out for the first time since the shocking and sudden death of her famous son.

As previously reported, the popular Disney Channel actor died this month at the very young age of 20.

Having been diagnosed previously with epilepsy, Boyce suffered a seizure in his sleep and was pronounced dead at his home by paramedics who were  called to the scene on July 7.

This is what his family wrote in a statement after the tragedy occurred:

It is with a profoundly heavy heart that we report that this morning we lost Cameron.

He passed away in his sleep due to a seizure which was a result of an ongoing medical condition for which he was being treated.

The world is now undoubtedly without one of its brightest lights, but his spirit will live on through the kindness and compassion of all who knew and loved him.

We are utterly heartbroken and ask for privacy during this immensely difficult time as we grieve the loss of our precious son and brother.

Boyce was best known for roles in Disney projects such as Descendants and Jessie.

In the wake of his passing, many who worked with Cameron or knew him well within the entertainment industry shared their sad thoughts on social media.

Adam Sandler, for example, penned a heartfelt tribute… while former First Lady Michelle Obama, who met Boyce at the White House because he was working on a service project, even honored the late star.

But Libby Boyce had remained understandably silent about the death of her son.

Along with the very first photo published in this article, Cameron’s mother wrote very simply and very sadly:

As you can see, the uploaded a black-and-white photo of her and her son in which the loved ones are sharing a special moment together.

Since Boyce’s passing, his family members have used various social media accounts to open up about their devastating loss.

I’m overwhelmed with the love and support our family has received,” Victor Boyce wrote on Twitter earlier this month,  adding:

“It really does help to ease the pain of this nightmare I can’t wake up from. I can’t thank you guys enough.”

More recently, the Descendants actor’s sister (and only sibling), Maya. talked about her brother’s death online in a heart-shattering tribute.

“Yes, he died,” she wrote on Instagram, alongside a several snaps of her and her brother.

And she continued as follows:

“Yes, I’m sad. Cameron was my best friend. He is someone I will always idolize. His smile could light up a room, unlike anyone else’s. He was perfect. He always said that if you have a voice, you have the privilege of using that voice for change, and he did not take that idea lightly.

“He understand his responsibility as someone so many kids would look up to.”

Cameron always went out of his way to be giving and kind. He did more with his 20 years of life, than most people ever could with 100 years. He was actively charitable. He traveled the world. He made creativity and art his life’s mission and he encouraged others to do the same.

Of course, I am devastated. I will be for the rest of my life. But what I’m holding onto, and what I encourage you to hold onto as well, is the memory of his endless optimism.

This organization seems to provide “young people artistic and creative outlets as alternatives to violence and negativity and uses resources and philanthropy to positive change in the world,” the website states, adding:

“The Foundation was established in 2019 to honor Cameron’s legacy.”

May Cameron Boyce rest in peace.