Catch Up My Prince 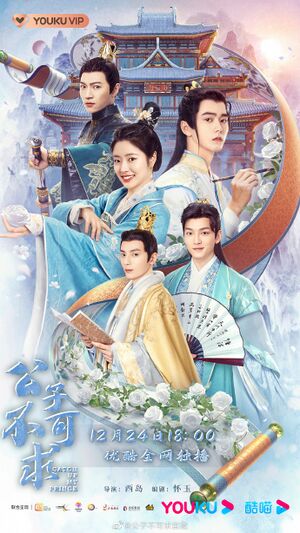 Catch Up My Prince

Lu Ran Ran (Xu Ruo Han) is a young female medical intern on her path to becoming a doctor. Wang Chen Yi (Liu Yi Chang), meanwhile, is a video game designer who has created an imaginative virtual reality game set in China’s imperial past. But due to a strange quirk of fate, she is sucked into the “reality” of the game – and finds herself transformed into one of the game’s characters. Lu Ran Ran becomes Lu Ren Jia, a woman who finds herself at the center of attention for four attractive princes.

Wang Chen Yi, meanwhile, has also “become” one of the princes – Zhao Chen Yi, the most flamboyant and most junior of the four brothers. The remaining NPC princes are all very different: while one is gentle, another is more romantic. But as they begin to get more deeply involved in the mysterious world of the game, the NPCs begin to develop new personality traits that their owner never envisaged them possessing! Is there a way out of this VR world for the Lu Ran Ran? Or is she destined to find love with one of the video game’s characters in this imaginary world?

Show your love & vote below.

The post Catch Up My Prince appeared first on C DRAMA AFICIONADO.