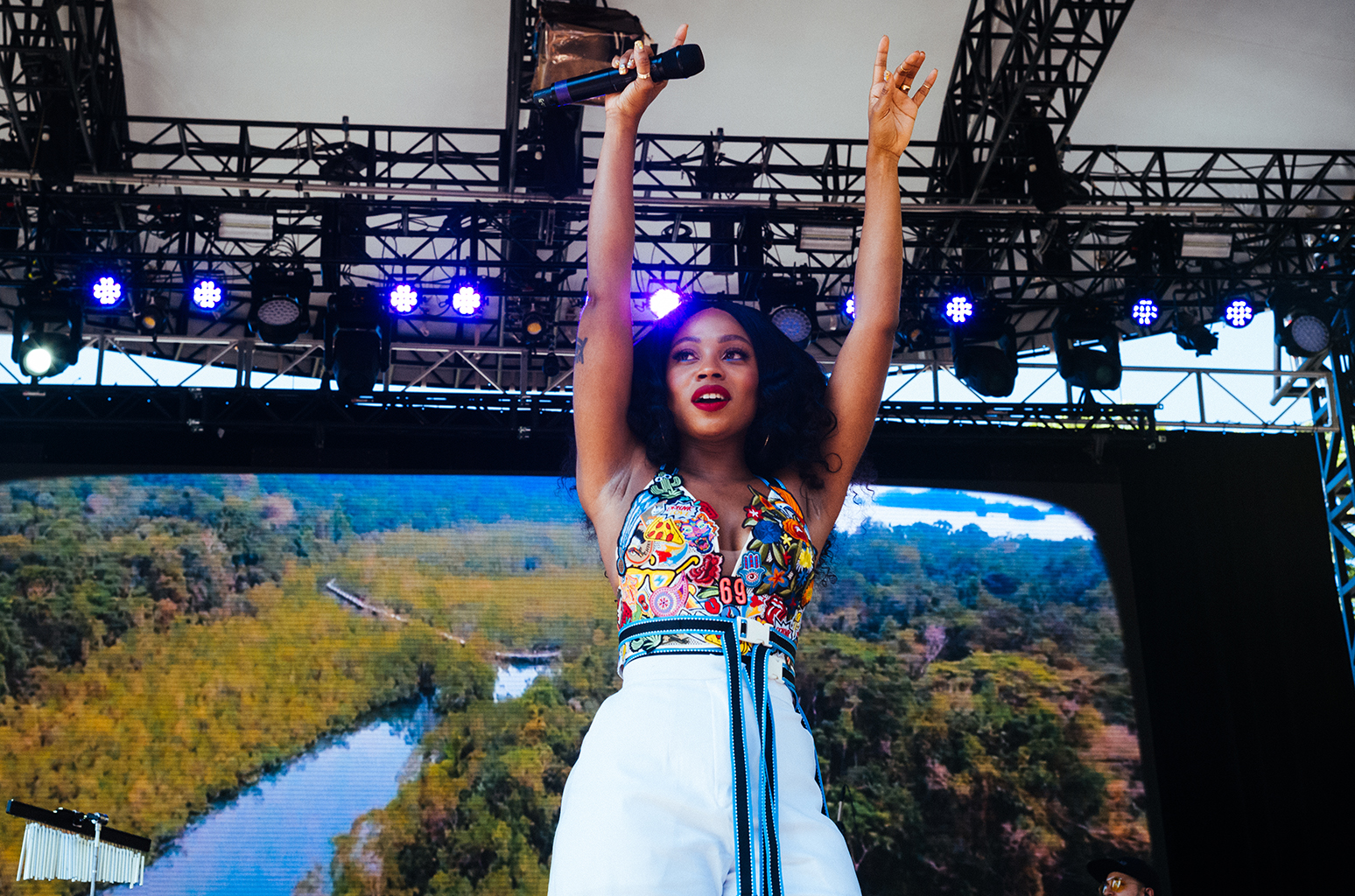 When ChocQuibTown won a Latin Grammy award for their breakout song “De Donde Vengo Yo” back in 2010, they testified that pride and passion for roots can resonate far and wide. From the shantytowns of Chocó, Colombia, to the global stage, the Afro-Colombian trio reaffirmed their testament on Saturday (July 13) at Central Park’s SummerStage, as they opened up with that same rap hit, boasting plenty of grace, cool and fervor.

“We come from a region in Colombia where we flow with the vibe of the Pacific. Welcome to the Pacific!” shouted rapper Carlos “Tostao” Valencia, right before cuing the verse to the next song, “Somos Pacíficos.” “Estamos unidos/ Nos une la región/ La pinta, la raza, y el don del sabor,” his wife, Gloria “Goyo” Martínez, crooned with a smooth, mellifluous flow that paired intriguingly well with her brother Miguel “Slow” Martínez’s breezy hip-hop beats.

The family band of rappers lit up the stage with their riveting cuts of dance floor bangers, but their wickedly tender odes had the audience exuding some obvious feels with many “awws,” “ooohhhs” and roars. “Cuando los veo, nos da mucho sentimiento porque estamos aquí (When I see you, we feel emotional because we are here),” Tostao told the audience, right before the band played the slinky number of “Cuando Te Veo,” a song that peaked at No. 1 on the Colombian charts.

Always grabbing the audience’s attention, Tostao blurted this little fact: “Did you know that 75 percent of the people who are here [in New York] came for a love? This song is for those who left with untold confessions,” he said right before playing the sultry “Desde el Día en Que te Fuiste.” “This is the moment to tell that special person that you love them. Some will be gone tomorrow, and you’ll miss out on telling them all those beautiful things that life offers,” Goyo added, and mercilessly cranked open the waterworks.

Opener Macaco from Barcelona, Spain, also offered a captivating combination of roots, hip-hop and a positive spirit. Introducing fresh cuts from his latest 2019 album, Civilizando Como Los Animales, the eclectic bohemian enthralled the crowd with his B-boy-styled dance moves and compelling beatboxing, which even included impressive trumpet noises. His flamenco guitarist shared the spotlight as well as he led the crowd into a massive dance-off with his stunning rumba strumming rapid enough to set the stage ablaze.

In a time when much of the mainstream music coming out of the Dominican Republic lies in the urbano soundscape, headliner Vicente García is a refreshing arrival to the Latin pop canon. The packed SummerStage crowd welcomed him to the stage, and García righteously delivered, including new songs from his recently released album, 2019’s Candela. With his slinky tropical pop and frenzied merengue, the spirited singer closed out the LAMC on a high note, showcasing bachata and merengue’s lasting power. But beyond that, these performances were just a few of many indications that Latin pop is headed towards a more eclectic future.

Share
Facebook
Twitter
Pinterest
WhatsApp
Previous article
‘Big Little Lies’ Gives Us What We Want. That Isn’t a Good Thing (Column)
Next article
What does a beauty editor always take on holiday? Here’s the beauty products I’d never leave behind…