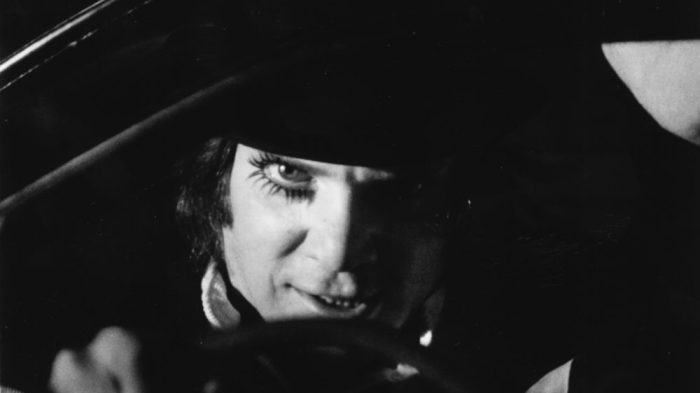 Plenty of people have heard 20th century concert music solely because Stanley Kubrick smuggled it into his movies. The L.A. Philharmonic returned the favor over the weekend, by smuggling the director’s films into the concert hall.

“Stanley Kubrick’s Sound Odyssey” took the Phil, along with the Los Angeles Master Chorale, on a musical voyage through five chapters in the filmmaker’s diverse canon: “2001: A Space Odyssey,” “The Shining,” “Barry Lyndon,” “Eyes Wide Shut” and “A Clockwork Orange.” Selected excerpts of classical works he used in those films’ soundtracks accompanied their attendant scenes on a large screen above the Disney Hall stage.

Malcolm McDowell, who played the amoral lad Alex in “Clockwork,” hosted the evening. He seemed a little stiff when reading the boilerplate script, but far more at ease when he segued into telling ad lib anecdotes. Noting how “2001” struggled to find an audience until someone in marketing realized it was the counterculture — potheads — who first really got it, McDowell confessed, “I don’t think I saw the movie straight the first time.”

Before the “Barry Lyndon” segment, McDowell relayed a story he heard from one of the film’s assistant directors. Kubrick was hell-bent on finding an actual amputee double for Ryan O’Neal for the scene where his character’s leg is removed. After an exhaustive international search, word came of a striking doppelganger in a circus in Belgium, who was summoned to the set. The director took one look at the man, then walked away and muttered, “Wrong leg.”

Of course, most of the actor’s tales were from his “Clockwork” days, when he was “a very young 25, quite immature.” He recalled how Kubrick liked to eat dessert alongside his meals (“This is the way Napoleon ate,” the master explained), and the response McDowell got when he asked Kubrick about his approach to directing actors: “I don’t know what I want, but I do know what I don’t want.”

It was quite a sight to see the white-haired thespian on stage in a suit, then immediately see him onscreen minus 50 years in nothing but tight-whities. That 1971 film’s scenes of home invasion and jubilant assault are still as disturbing today, ironically juxtaposed against the old-world glee of Rossini.

The Phil, energetically led by Australian conductor Jessica Cottis, brought life and heft to Kubrick’s inspired mixtape of classical repertoire — from the majesty of “Also sprach Zarathustra” (the bone-deep growl of Disney Hall’s pipe organ always gives bang for the buck) to the triumphant strains of Beethoven’s Ninth. A small chamber group broke off for the genteel grace of Schubert’s Piano Trio in E-flat, which underscored a scene of sizzling sexual tension in “Barry Lyndon.”

But it was the unique unease of avant-garde composers György Ligeti and Krzysztof Penderecki that really electrified the evening and captured the genius of Kubrick’s approach to “scoring” terror with existing modern music.

The ghostly chorus of Ligeti’s Requiem haunted every corner of the hall, accompanying the still-stunning imagery of the “2001” monolith. Kubrick stacked multiple Penderecki pieces on top of each other for “The Shining,” and that cacophonic nightmare was recreated to chilling effect, complete with demonic hissing and chanting by the Master Chorale — the musical equivalent of feeling fatally, terrifyingly trapped.

Twentieth century concert music was made for horror movies (some might add “and nothing else”), and it was the right choice to pair these selections with the clips of little Danny Torrance incessantly croaking “Redrum” and an ax-wielding Jack Nicholson terrorizing his family in “The Shining’s” snowbound hotel from hell.

Occasionally the film dialogue wasn’t discernable over the orchestra’s volume, but that was okay. Kubrick’s supreme gift was visual anyway — and, as this “Sound Odyssey” proved, for marrying his images to the perfect classical counterpart in a way that would link the two forever after.