Emma Portner to Justin Bieber: The Way You Degrade Women is an Abomination 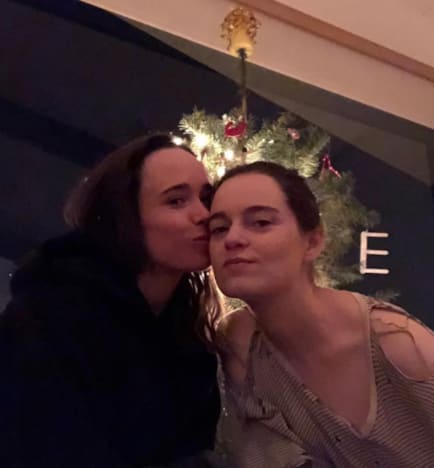 Taylor Swift spoke out against a hurtful injustice, only to get accused by Justin Bieber of just wanting attention.

Since then, a number of other stars have spoken out in her defense, clapping back at the Biebs for being a douche.

Now Emma Portner is speaking about time she spent working for Justin, accusing him of degrading women and grossly underpaying her.

24-year-old choreographer Emma Portner, who is notably Ellen Page’s wife, has spoken out in her Instagram Stories.

“I gave you universe my naive body, creativity, time, and effort,” she writes, adding: “Twice.”

Emma did this “for content that you made millions off of. While I mad zilch. Nada. Barely anything.”

She describes her pay as having been “less than minimum wage for the hours I invested.”

She adds: “I was sweeping studio floors to be able to practice my craft.”

“The way you degrade women is an abomination,” Emma accuses.

She notes: “You continue to collaborate with overly problematic people.”

That’s an understatement. Justin gets along alarmingly well with the likes of Chris Brown and (formerly) Floyd Mayweather.

“You religiously go to a church that does not support the LGBTQ+ community,” Emma observes.

She’s not attacking his faith, but rather where he chooses to practice it.

Emma admits that she cannot help but wonder how he feels about working with lesbians like herself and other LGBTQ+ folks.

“I can only hope for your enlightenment,” she expresses. “That you read a ton of books.”

She even offers to buy him some helpful literature to “change the way your traumatized brain thinks.”

Emma also included a post about how one can be glad that they had opportunities while still holding people accountable for mistreatment.

It’s no mystery at all why Emma is speaking out about this now.

Over the weekend, Taylor Swift put Scooter Braun on blast for what she described as a history of cruelty and bullying.

She had learned, to her horror, that he will soon own the majority of her discography.

The Biebs spoke in defense of his manager, and suggested that Taylor was only saying these things to make people pity her.

The thing is that other singers and professionals have come out of the woodwork since Taylor spoke out.

Madison Beer — who rose to fame after catching Justin’s eye years ago — once shared that her entire music career was swept out from under her.

In other footage, Ariana Grande is heard briefly admitting that aspects of her album’s tracklist were not under her control, but under Scooter’s.

When Taylor speaks out, she doesn’t have to provide receipts — her fans will whip them out on her behalf.

Other celebrities have spoken in praise of her, including Halsey.

Taylor Swift knows that speaking out isn’t likely to stop Scooter Braun from assuming ownership of her life’s work.

She can’t stop it — she wasn’t even given the opportunity to bid on it, and didn’t know about the sale until it had already happened.

But just because you can’t change what has happened doesn’t mean that you shouldn’t tell the world what powerful men do behind closed doors.

But maybe public pressure and scrutiny will encourage Scooter to offer Taylor a deal, even if it’s only to save his reputation.

But that won’t happen as long as he is ardently defended by the likes of Justin Bieber.