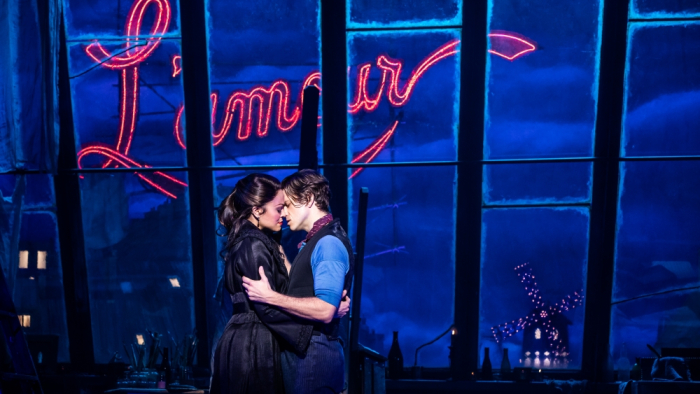 This debut feature by Chinese stop-motion animator Shengwei Zhou is as accomplished and inventive as it is conceptually bizarre.

The recent demise of American animator Suzan Pitt reminded many that there had been nothing quite like her relatively few screen works — particularly 1979’s “Asparagus.” That 20-minute riot of ominously surreal, sexualized imagery found considerable fame being paired with David Lynch’s “Eraserhead” at the height of its midnight-movie popularity.

But actually now there is something startlingly reminiscent of Pitt’s sensibility, coming from the unlikely source of a male mainland Chinese stop-motion animator. Purportedly in production for more than six years (the primarily line-drawn “Asparagus” took four), Shengwei Zhou’s debut feature “SHe” is also a wordless, spectral nightmare of anthropomorphized gender conflict and implicitly feminist commentary whose visual invention will impress even those put off by its cryptic, frequently unpleasant narrative content.

If the midnight movie circuit still existed, this would be a natural addition to its repertory. As is, “SHe” will have to find cult-kickstarting champions among adventuresome viewers at international festivals, and any other venue open to appreciation for adult animation — within which subgenre, this accomplished curiosity constitutes a major event.

Offered sans dialogue or onscreen text (those voice actors credited provide murmurs, cries and other sounds), Zhou’s story is not easy to encapsulate. The gist: In a sort of clothes-closet prison where bunny-ear “flowers” are harassed by buzzing clothes-pin “bees,” a lemon gives birth to a “baby” women’s shoe that is instantly seized, mutilated and subdued. Apparently this is some sort of breeding farm for slaves in which high-heeled red females are turned into black-loafer automatons.

In a brief insurrection, the prison-garden’s organic, fruit-bearing elements massacre their shoe-and-glove minders, enabling one lady shoe to escape the usual fate. But to survive, she must eventually disguise herself as the enemy, going to work in a cigarette factory. There, the male shoe-workers are rewarded for toil in a weird system of athletic socks bestowed by an all-seeing eye. In return, they offer coughed-up hairballs. Our heroine’s presence upsets this unnatural order — and though at first she seems elevated to a position of special privilege for her life-giving abilities, this turns out to be another trap.

Considering that its characters are mostly a lot of ordinary (if ingeniously altered) household objects, viewers may be surprised by the extent to which our protagonist’s serial violations by exploitative overlords play as nastily as horror-movie torture porn. Zhou has called “SHe” a tribute to his mother, who had to endure a great deal of sexist abuse working in the male-dominated construction industry. Certainly the movie is a kind of even more fantastical “Metropolis” in its indictment of ruthless, capitalist patriarchy, complete with a climactic rebellious coup by the victimized proles. Yet that triumph is hardly unmixed: Here, the sacrificial death that leads to a sort of green revolution renewal ultimately finds the old tyranny simply replaced by a new, feminine one. Gee thanks, mom!

While some of its symbolism is fairly obvious, “SHe” is so rich in eccentric ideas and aesthetic imagination that those not flat-out repelled by its rather icky fable are likely to find plenty to ponder in repeat views. What should by any rights play as a bleakly attenuated variation on Brothers Quay and Svankmajer terrain, sadistic and repetitive, instead moves along at a brisk pace constantly sparked by vivid color and designs. (The movie is really only about 80 minutes in actual content, excluding a long closing fadeout and extremely long closing credits.) Almost equally impressive are the audio components, which encompass not just Sihan Yuan’s diverse original score, but Ruida Han’s complex sound design of voice, foley and ambient-nature elements.

Even if it weren’t as superbly crafted as it is, “SHe” would still command a certain fascination simply for being such an out-there conceptual oddity that managed to surmount myriad challenges to be fully realized. It’s rare for something this conceptually bizarre (not to mention commercially dubious) to also be so skillful — a thought that no doubt also occurred to the first viewers of “Asparagus,” and for that matter “Eraserhead.”