Farrah Abraham: My Haters are Idiots and Liars and Haters! Jenelle Sucks! 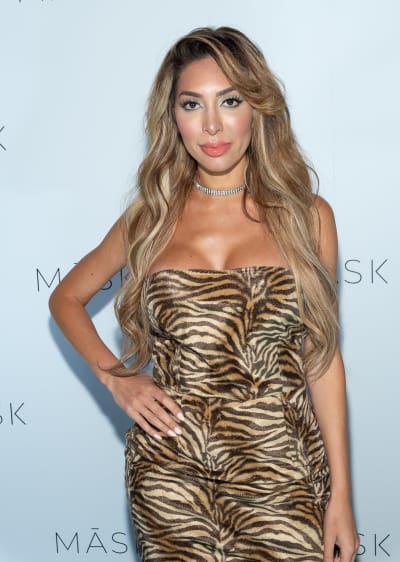 And by “magical,” of course we mean “painfully, unimaginably dumb.”

Though, to be fair, the way Farrah is able to twist reality and the English language really could be considered magical.

After all, do you know anyone else who who’s capable of mixing up such impressive word salads?

Anyway, Farrah is ridiculous, forever and always, and we all know it.

But lately, things have been a bit different for her.

She’s been out of Teen Mom OG for a good long while now, and since then, she’s kind of been floating in the wind, right?

She did a stint on that MTV dating show, she does appearances now and then, and she’s been very active on social media.

However, many, many people think she’s been working as a high class escort.

The rumor has been floating around for a few years now, but in the past few months, it’s really picked up.

The theory is that being a prostitute is how she manages to do so much traveling and to stay in such expensive resorts, and also how she pays for all the work she’s been getting.

Like, we know it’s not her keen business sense that’s paying the bills.

And let’s not forget that she’s been in legal trouble a few times in the past year. She owes people a whole lot of money.

The prostitute theory has been supported by statements from two of Farrah’s former friends, Myla Sinanaj and Phoebe Price, as well as from her own mother.

Just last month, someone asked Debra on Instagram how she felt about Farrah working as an escort, and she responded by saying that “God gave each of us free will.”

Lots of sites have been reporting on all of this, and lots of people have been discussing it.

Enough that when Farrah and Sophia were spotted at LAX and approached by paparazzi, she addressed it.

She called those people “idiots and liars and haters.”

She also spotted the opportunity to throw an insult at Jenelle Evans, who also accused her of being a prostitute earlier this month.

“She definitely has been making poor choices,” Farrah said of Jenelle, apparently linking her to the “idiots and liars and haters” she discussed just before.

“I’m just reacting to the facts,” she added. “She lost custody of her kids … that’s not a positive thing to even have on TV.”

A feud between Farrah and Jenelle is just pointless, because they’re both awful and we can’t even root for either of them.

Instead of focusing on that part, let’s move right ahead to the past where Sophia also spoke with paparazzi, OK?

Sophia, totally of her own free will, spoke about her mother, saying “She’s always positive, she always makes me happy when I’m sad.”

“And when we go through things like this type of stuff, everything just turns out fine and haters back off.”

She also said “Our most mother daughter thing is vacations and travelling, and we really just have a lot of cute moments together.”

As for those haters, had a little message for them:

“I hope you get karma later in life. Don’t ever do that again because it’s wrong, and we all know that it’s wrong and that should never happen.”

Nothing weird or amiss here.