From Fashion Icon to Designer: See Rihanna Rock Fashion Week for Over a Decade 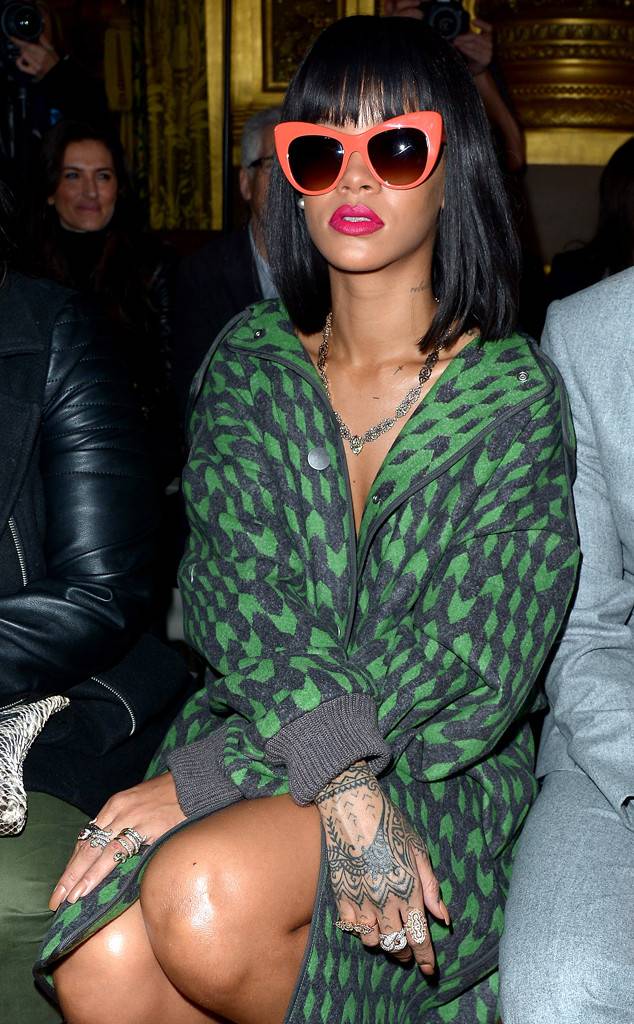 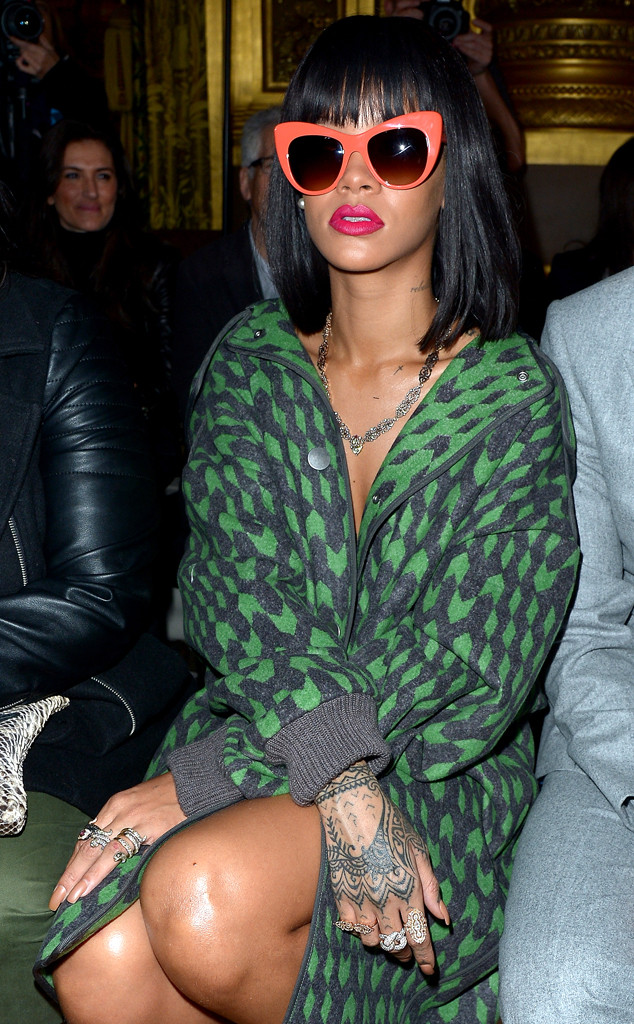 There is no denying that Rihanna is a fashion icon.

From the stage to the street, the 30-year-old performer has been making heads turn with her style choices so it should come as no surprise that she has become a staple of Fashion Week over the past decade.

No matter what show the Grammy winner is attending, she never fails to disappoint with her outfit selection. We love that she doesn’t shy away from fashion risks and somehow always make them work.

This may explain why she launched her own lingerie collection, Savage x Fenty, which showed during New York Fashion Week in 2018. Rihanna made sure to create an inclusive show by featuring woman of all shapes and sizes on the runway.

In fact, then-pregnant model Slick Woods walked in the Savage x Fenty show while she was in labor with her first child. She later welcomed a baby boy!

However, the lingerie line was not the first time that the Barbados native’s designs had been showcased during Fashion Week.

The Ocean’s Eight star had previously showed her collaboration with Puma during Fashion Week in 2016 and 2017.

Take a look back at Rihanna’s best Fashion Week appearances over the years below and prepare yourself for more of her iconic looks at her next Savage x Fenty show.

Rihanna was all smiles as she walked the runway at her Savage x Fenty Fashion show during New York Fashion Week in 2018.

In 2018, the 30-year-old performer rocked a white blouse and trousers as she made her way into the Louis Vuitton presentation in Paris.

The “Umbrella” singer turned heads in neon at her Fenty x Puma by Rihanna show in 2017.

The Grammy winner made a statement in an overcoat and leather beret for the Christian Dior show at Paris Fashion Week.

In 2016, the Barbados native was a vision in pink at her Fenty x Puma by Rihanna presentation in New York.

In New York, the Ocean’s 8 star struck a pose in a black hooded jacket and lace dress at her Fenty x Puma by Rihanna show.

The pop icon looked chic in a pastel coat and leather boots at the 2017 Dior show in Paris.

The songwriter stopped for photographers at the Adidas Originals x Kanye West fashion show in 2015.

The “American Oxygen” performer stunned in a maroon off-the-shoulder dress at the Zac Posen presentation during New York Fashion Week.

In 2014, the Clara Lionel Foundation creator made heads turn in her blue jacket and matching hat at the Alexander Wang show in New York.

Rihanna showed off her curves in a black dress at the Altuzarra show in 2014.

The “We Found Love” singer picked a white crop top and hot pink skirt for her appearance at the Versace show during New York Fashion Week.

The Bates Motel actress carried a faux fur with the word “fear” written across it at the Comme Des Garçons fashion show in 2014.

All eyes were on Rihanna when she arrived in in menswear inspired black blazer and matching pants for the Givenchy Fashion Show.

The fashion designer was camera ready when she arrived a green patterned coat and red cat eye glasses for the Stella McCartney presentation.

The “SOS” performer looked chic in a lavender dress and matching shoes at the Chanel fashion show during Paris Fashion Week in 2014.

Rihanna donned a grey ensemble for her appearance at the Lanvin show during Paris Fashion Week in 2014. She completed the look with a fedora.

The “Take A Bow” singer showed off her sexy side in a LBD, red coat and stockings at the Dior show in 2014.

In 2013, the “Distrubia” performer got silly in front of photographers at the Opening Ceremony Fashion Show during New York Fashion Week.

The “Rude Boy” singer was simply stunning at the 2013 Chanel fashion show in Paris.

Rihanna was jaw dropping in a black dress and matching feather headpiece at John Galliano‘s Dior presentation during Paris Fashion Week in 2009.

The Barbados Ambassador paired her blazer with pair of thigh-high suede boots for the Vivienne Westwood show in 2009.

In 2009, the “Diamonds” singer looked flawless in a black ensemble at the Karl Lagerfeld show during Paris Fashion Week.

Rihanna was a showstopper in black at the Givenchy show in 2009.

The Bajan beauty was dripping in jewels at the Chanel show during Paris Fashion Week in 2009.

So chic! The makeup mogul looked radiant at the 2008 Gucci show in Milan.

The Savage x Fenty designer posed for photographers as she made her way into the Chanel show during Paris Fashion Week in 2009.

The Fenty Beauty creator was a vision in yellow at the 2007 Zac Posen show.

Rihanna looked fierce at the Just Cavalli show in 2006.

The pop star grinned while stopping for photos at the Baby Phat show during New York Fashion Week in 2005.

Share
Facebook
Twitter
Pinterest
WhatsApp
Previous article
Ryan Edwards of Teen Mom OG is arrested over $36 bar bill and a heroin possession charge
Next article
Mindy Kaling Predicts Where Kelly From 'The Office' Is Now, And It's Unsettling