Halle Bailey Cast as The Little Mermaid, Racists Flip Out on Twitter 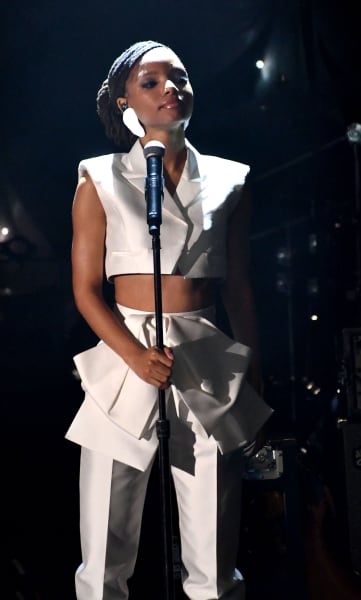 Halle Bailey is about to be part of our big screen world.

The 19-year old — who forms one half of the R&B duo Chloe X Halle, along with her sister — has been cast as Ariel in the upcoming live-action remake of The Little Mermaid.

Said director Rob Marshall of the decision to cast Bailey in the title role of the film, which is based entirely on the iconic 1989 Disney cartoon:

“After an extensive search, it was abundantly clear that Halle possesses that rare combination of spirit, heart, youth, innocence and substance – plus a glorious singing voice – all intrinsic qualities necessary to play this iconic role.”

Melissa McCarthy, Jacob Tremblay and Awkwafina are also also talks to star and lend their voices to the movie, which will begin production in 2020.

The Little Mermaid will be the latest Disney cartoon to be remade in this live-action fashion, following this spring’s Aladdin and this summer’s The Lion King.

End of story and end of this latest piece of interesting movie news?

Because social media can be a terrible place, full of judgment A-Holes and racists in general, many people out there are aghast over Bailey’s casting.

Because they thought it was Halle Berry who was cast as Ariel?

Actuallly, yes. This was an initial misunderstanding.

But the bigger uproar has centered around the fact that Bailey is African-American and the character of Ariel was not.

Of course, she as also a mermaid and Bailey is a human… but no one has really objected to this difference between the singer and the curious mermaid.

This person, for example, tried to use science to argue that Ariel simply had to be white:

There was also the use of the fake term “blackwashing,” along with some attempts to reason that Ariel is Dutch and, therefore, well, you see…

We’ll spare you the disgusting details of other, similar Tweets.

But know this: There’s a Change.org petition, which we are NOT about to link to, that calls for Bailey to be fired there must be “justice for Ariel” and the petition signees aren’t about to let “Disney ruin our childhood.”

We don’t even know what to say about people who actually get worked up over what ethnicity they think a cartoon ought to be when he or she is brought to life by an actual person.

Go outside? Take a nice, long walk? Try to re-evaluate every aspect of your life?

Because, seriously, you are 1. Mostly just being racist; and 2. Really need to direct this anger toward pretty much anything else of importance in the world.

The above Tweet is how Bailey herself reacted to the casting news.

We’re just gonna go ahead and leave it at that,