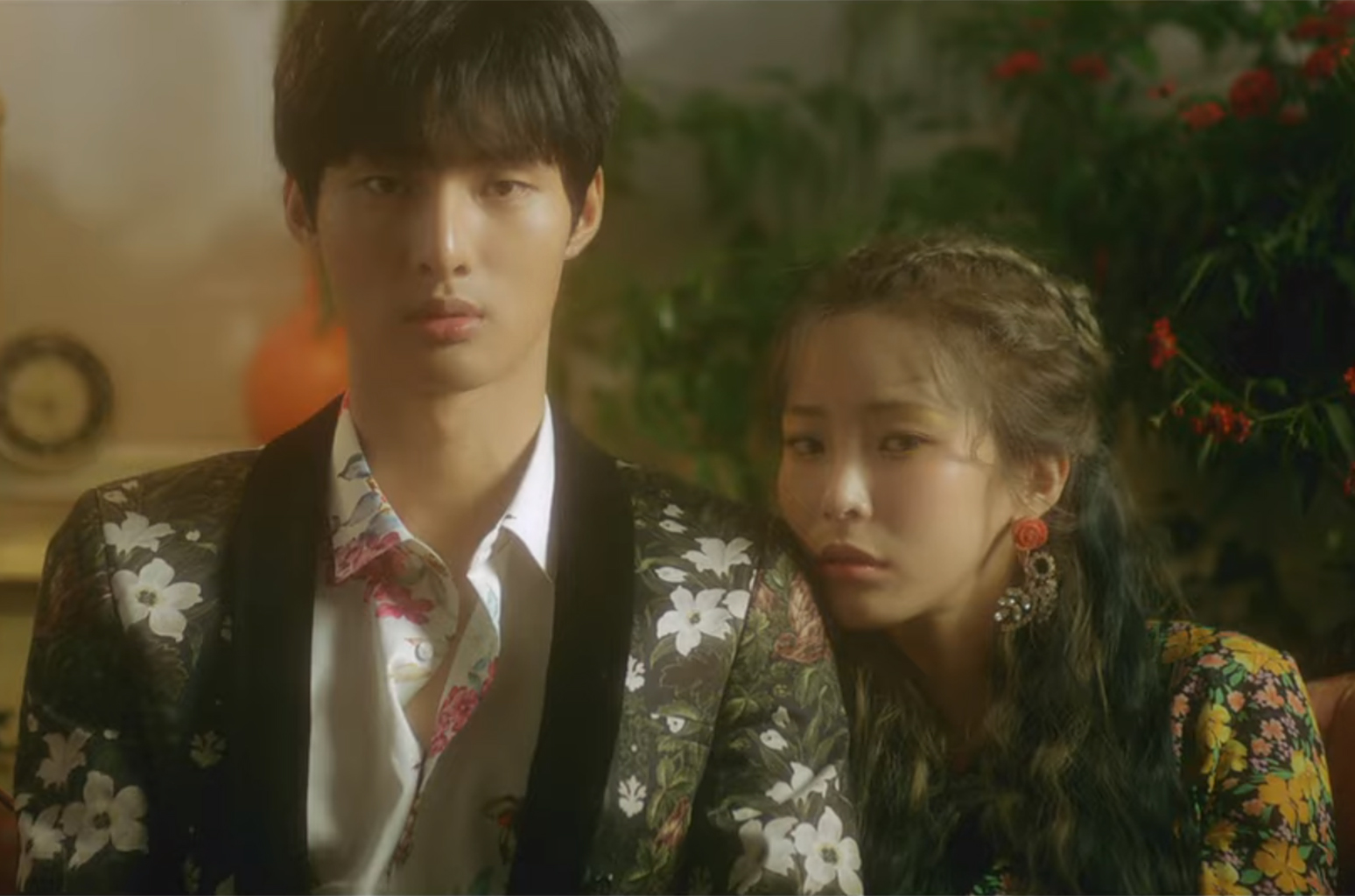 Heize, one of South Korea’s most popular young soloists, returned on Sunday with her new single “We Don’t Talk Together.”

Featuring rapper Giriboy and produced by BTS’ Suga, the song is a groovy alt-R&B breakup track wrapped in old-school hip-hop and snapping beats, tinny snares, woozy synths and the singer’s characteristically addicting sweet tone. Lyrically, it’s all about how a former couple has grown far apart from one another, putting a sense of physicality to it by expressing how they have nothing to say when walking together or going in the direction of places they used to go together.

“We Don’t Talk Together” was released through a dramatic music video that features Heize burying — or maybe not — her lost love. With a bit of of a creepy, noir feel to it, the clip starts with her having a tea party with a skeleton, sharing worm-filled cake with it, and going on a walk with it as she wears a mourning veil and pushes it in a wheelchair. As the chorus arrives, she dances with the skeleton and takes care of it as it’s sick in bed, only for Giriboy’s rap to arrive and reveal she’s reliving everything she did with her lover when he was still there.

Since the release of her self-titled debut album in 2014, Heize has rapidly risen to prominence in the South Korean industry, where she has regularly topped charts since her 2016 single “Star” rose to No. 1. She most recently released her album She’s Fine in March.

Watch the music video for Heize’s “We Don’t Talk Together” featuring Giriboy below.