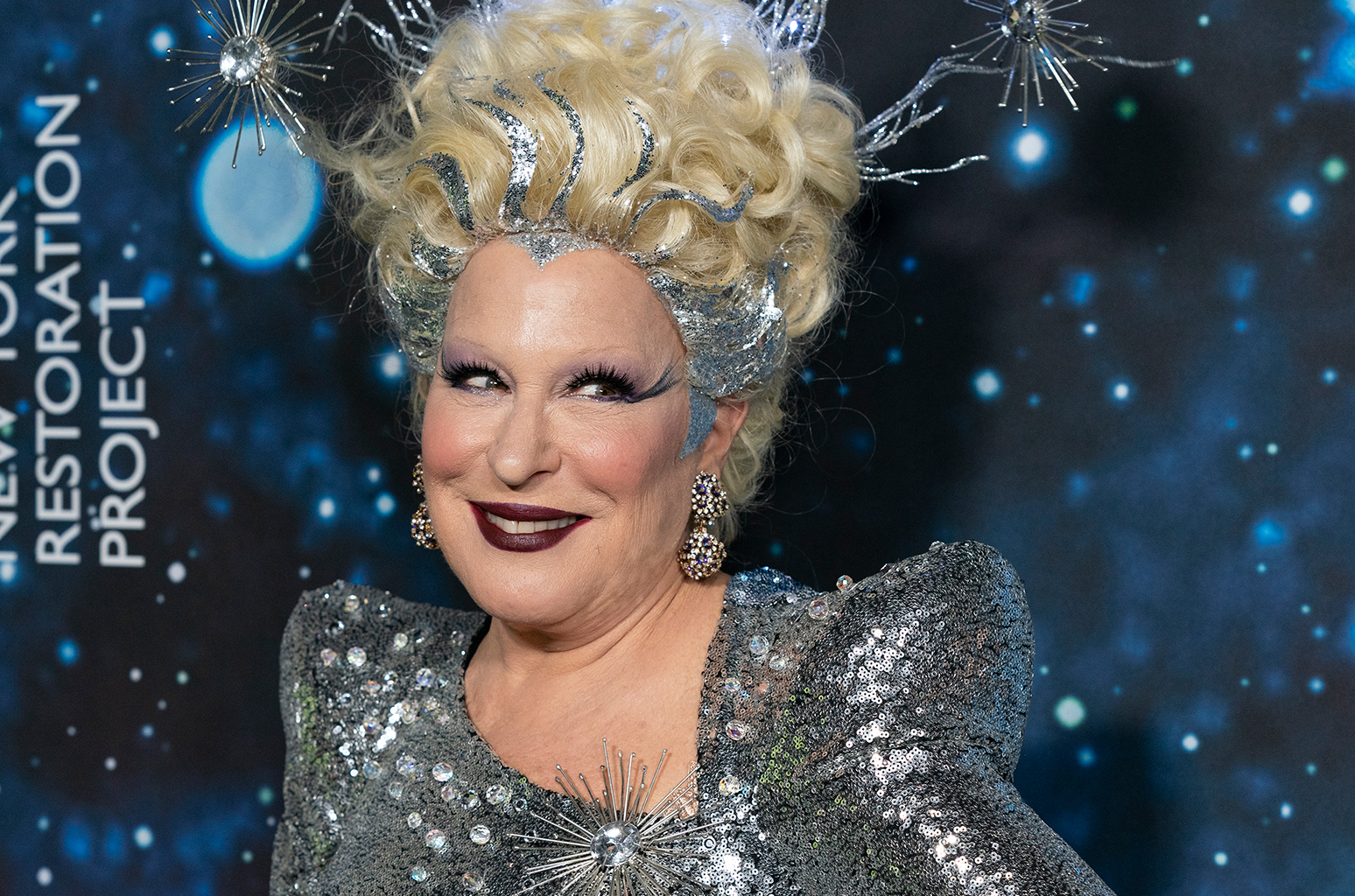 With guests donning extravagant costumes amid a celestial theme, New York City’s cavernous Saint John the Divine turned into Bette Midler’s legendary Hulaween bash on Monday (Oct. 29), hosted by the singer herself. Now in its 22nd year, the event is designed to raise money for the New York Restoration Project, a Big Apple nonprofit whose goal is to provide public spaces ranging from gardens to parks for every New Yorker.

Much like the inherent eccentricity of Halloween itself, the event brought out a hodgepodge of bold-faced names. Hot off of her rumored collaboration with Cardi B in the form of a reboot of her hit '90s sitcom The Nanny, the actress Fran Drescher served as MC. After the echoing sounds of a medieval organ filled the cathedral, Midler’s former Hello Dolly! co-star Gavin Creel took the stage with a parody of the 1970 hit “Moondance.” The night’s main headliner came in the form of the trumpeter and artistic director of Jazz at Lincoln Center, Wynton Marsalis.

Midler meanwhile delivered a parody of “Dream a Little Dream Of Me” reworked as “Give A Little Cash to Me.” The singer attended with her daughter, the actress Sophie Von Haselberg, with the two wearing matching jewel-encrusted blouses. Also in attendance was singer Debbie Harry, the actress Jane Krakowski and designer Marc Jacobs.

One of Hulaween 2018’s biggest highlights was a tribute to Mica Ertegün who received the aptly-named Wind Beneath My Wings Leadership Award. The co-founder of the decorating firm MAC II and widow of the late Atlantic Records founder Ahmet Ertegün, Midler gave an impassioned speech honoring Mica and explained she was there at the earliest moments of the star’s fledgling career.

“I have known Mica for over half of my life, from the time she took me under her wing in 1970 when I signed to Atlantic Records which was co-founded by her husband, the late Ahmet Ertegün,” explained Midler. Back then, the singer was making a living crooning at gay bathhouses when she garnered an intense fanbase leading up to her 1972 debut album The Divine Miss M and a Grammy for Best New Artist. “Mica has given me the greatest gift one person can give to another. She believed in me.”

Touching on Ertegün’s philanthropy, which includes scholarships at St. John’s University and Oxford, Midler noted that when she started with the New York Restoration Project in 1985, “Mica immediately became one of my staunchest and most generous supporters. Her faith in us never wavered. She’s always worked to make a beautiful and more equitable world for all.” With that, in celebration of Ertegün’s 92nd birthday a week earlier, Wynton Marsalis serenaded Ertegün with an emotional trumpet solo.

Aside from Ertegün’s tribute, the night included a costume contest judged by the designer Michael Kors (the winner: a group who dressed up like the late David Bowie). Throughout the night, guests munched on stracciatella and salmon.

As for Midler, who this October is celebrating the 25th anniversary of her Halloween classic Hocus Pocus, the outspoken singer held back from politics for the night. She however couldn’t resist throwing out at least one of her trademark zingers before the event was through: “I was taking a shower this morning and something hit me behind my knee. It was my ass!”