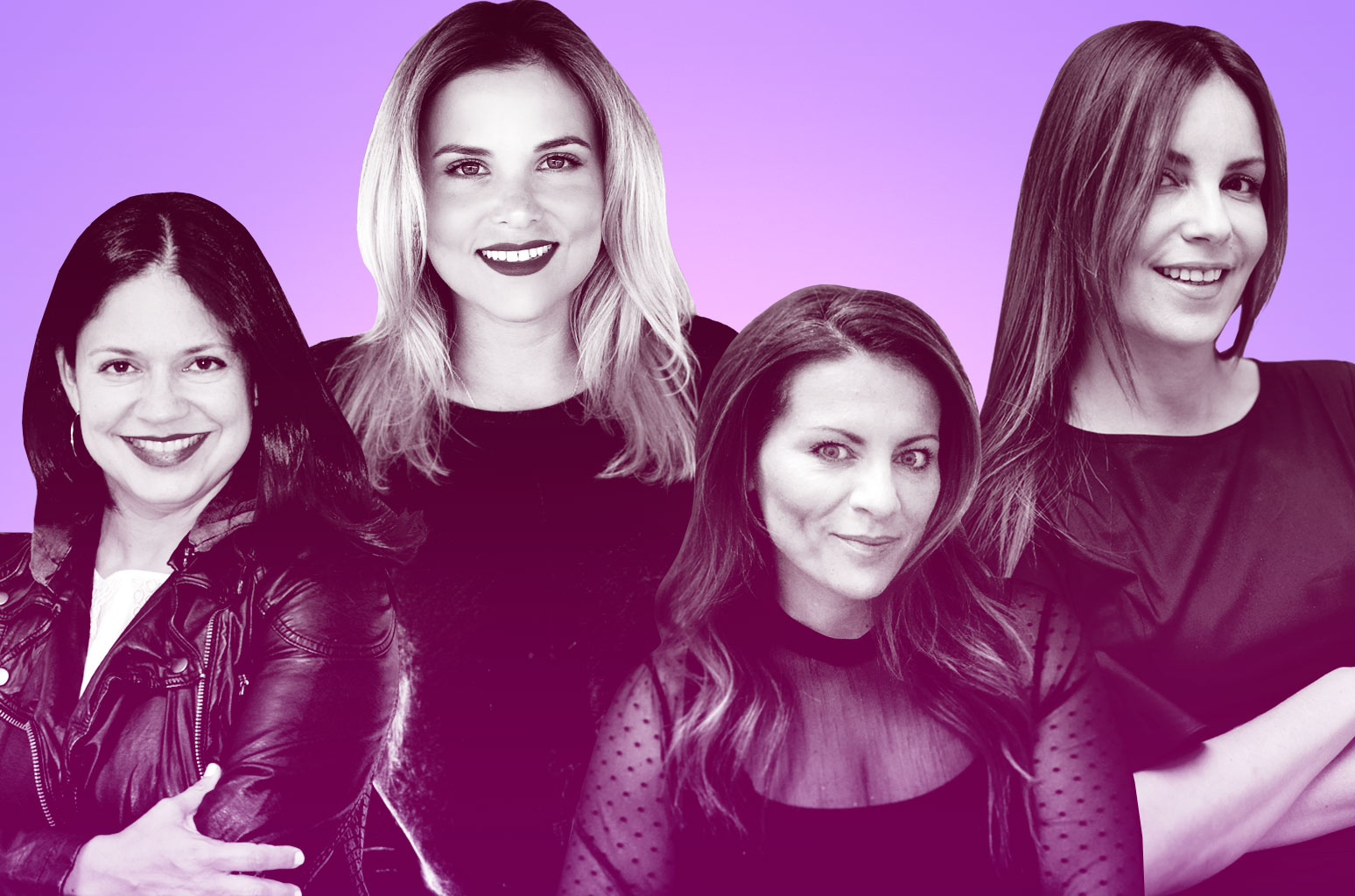 Behind a successful Latin artist there is a great team that is responsible for making the best decisions. And as part of that team, there are successful women who are responsible for the publicity of each superstar maintaining an impeccable image of them.

In celebration of International Women's Day on Friday (March 8), Billboard has compiled a list of the most important publicists in the Latin market. Meet them below:

In 2003, Mayna Nevarez launched Nevarez Communications were she became one of South Florida’s first Latin independent publicists. Working with clients such as Daddy Yankee, Natti Natasha, Joss Favela, Elvis Crespo and Carlos Vives, among others, has taken Nevarez around the globe. She is the chapter chair in Miami for the global organization Woman In Music.

“As a publicist love to build our clients dream and craft and be part of their development for their music career.  You have to be a student 24/7. To adapt to the market changes and continue to learn from the upcoming generation.”

“It is very rewarding to see people I have had the privilege of working with in the past and still feel that connection and respect that we created together, and the blood, sweat and tears come to fruition. I am part of their history and, certainly, they are part of mine.”

“To trust my instinct, keep expectations in check, demand respect when it is not given, only work on projects I’m passionate about, and be a good person in general, even if others may think it's not what it takes to be in this business."

“I have learned that every move you make must be well planned and done with caution.  Also, don’t be afraid of bad or good consequences. Everything has its purpose.”

Alejandra García has been in the Latin music business for more than seven years. Being a woman and the lead of publicity in Warner Music Latina she has the responsibility of the evolution of many artists such as Tommy Torres, Anitta, Sofia Reyes, Danny Ocean, De La Ghetto and many others.

“The fact that Latino artists are No. 1 on global lists of digital platforms and have the most-viewed videos on YouTube, surpassing any other artist, is something very exciting! I can’t wait to see what the future holds for this ever-changing Latin music industry.”

As a president of The Nieman Group, Jennifer Nieman handles PR, marketing and branding for some of the most influential icons of Latin music and entertainment. Nieman’s current music artists include Maluma, Becky G, Wisin and Prince Royce. In the past, she has also worked with duo Wisin & Yandel, Chayanne, Ricky Martin, Marco Antonio Solís, Jencarlos Canela, Frankie J and Obie Bermudez, among others.

“There is a lot of magic in this business and to be part of making that magic happen and touch lives is priceless.”

Director Media and Marketing, Seitrack US

Paz applies more than 20 years in the industry to increase artist visibility, growth and consolidation utilizing her traditional and non-traditional media strategies and marketing leading skills. In her current role, she has been key to the development of artists such as Miguel Bosé, Zoé, Bronco, Ha*ash and Ximena Sariñana, among others in the U.S.

“Being a female publicist in the Latin music business, has given me the opportunity to spread our sound and culture. Music is without a doubt the world's most powerful force and us Latinos are a sound powerhouse.”

Sujeylee Solá started her firm Acoustyle Communication on April 2012 with the intension of just doing what she love to do, becoming a singer. But, she has always focused on her goals and strategies making her a person who led Latin artists success. Her work can be seen all over the world playing an integral role in publicizing artista like Bad Bunny, Farruko, Gerencia 360, Lali, Leslie Grace and Luis Coronel, among others.

“Staying true to yourself is key and that’s what separates you from everyone else.”

Lamboy has over 20 years of experience in the music and entertainment industry and is the longtime publicist for Romeo Santos and Residente. One of the key people in the success of the album Soy Yo by Kany García and single "Calma" by Pedro Capo, she is also an expert in the international Latin Market.

"Work in the world of Latin music as Woman has been a great responsibility that with great effort we have overcome barriers. In my case, I always think about future generations every achievement of the present is a seed for future."

A 16 year public relations veteran, Romina Magorno spearheads her own boutique public relations agency Imagine It Media with its foundation in music, entertainment and lifestyle PR in the U.S. Latin and crossover markets. She has worked with a diverse range of personalities, artists, and actors throughout her career and current clients include: Steve Aoki, Deorro, Jorge Drexler, Ivy Queen and C. Tangana to name a few. She is a lover of music, animals and a proud working mom based out of Miami.

“For me being a woman in this male dominated entertainment industry is great and extremely rewarding, but it hasn’t all been unicorns and rainbows. This business is competitive and can challenge your very core, but I would not have it any other way. It has taught me the value of working with passion and having a unique voice because I am a woman. I'm leaving my mark and that is part of the greater effort that we are making and the story we are trying to tell to make the industry a richer place. The plus is that I am Latin and you know, we bring a one of a kind flavor to the mix!”

“My career enables me to work with an eclectic group of creative individuals from various fields that are key to our industry’s structure. Subsequently, it has awakened my curiosity to learn and discover all forms of art.  Also it has pushed me to practice being patient."

“Your integrity, your word and the relationships that you develop with the media on behalf of your client will go a long way. No matter how many contacts, email addresses, telephone numbers or social media following you have that really means nothing if your credibility if not in the right place.”

As a resident of the music industry for the past 24 years, Maria Ines Sanchez has learned a handful of invaluable lessons and Industry insights. She has developed and executed publicity initiatives achieving measurable results and securing the widest Latin press coverage across all national, regional, broadcast, print and online media. During her time at Polygram, Sony, Warner, Universal, Machete, D. Baron Media and The Sixth House, Del Records and now at AfinArte Music, the spirited Caribbean soul from Venezuela has been part of the marketing and PR teams who worked on tremendously successful campaigns for some of the most talented and popular artists in Latin Music, including Celia Cruz, Shakira, Ricky Martin, Juanes, Gloria Trevi, Don Omar, Chiquis Rivera,Wisin & Yandel, Luis Fonsi, David Bisbal, Ricardo Arjona, Gilberto Santa Rosa, JLO, Gerardo Ortiz, Voz de Mando and El Fantasma, among others.

“I believe the challenge that have impacted us publicists the most, is that music coverage has grown leaps and bounds giving our artists more exposure but at the same time, less impact. I also believe that we have become more than just a PR representative, we are a vital link between our clients and industry power players.”

Nayira Castellanos is the founder of Beast Communication which manages artists such as Mau y Ricky, Jen and Katalina, among others.  In the past, she has worked with Universal Music. Beats covers media on a national level and is now in the expansion stage into important music markets across Latin America such as Mexico and Colombia to name a couple.

As an independent publicist, Marlene was one of the first ones to work the reggaeton genre when she was independently hired by the Machete Music label with artists such as Don Omar, Hector El Father, Wisin y Yandel, Magnate y Valentino, Glory and Luny Tunes, among others. She then expanded her business and  founded Fusion 4 Media where she is in charge of J Alvarez, Tempo, Osmani Garcia, Marger and Ana Gabriel, among others.

“To be able to be a female publicist in the Latin Music business and reach success is a slow steady climb, but with hard work, consistency and perseverance, it is all worth it at the end, because being able to work in what you love is a true blessing and my biggest joy is helping others make their dreams come true.”

“The artists, the business and the music are always evolving so everyone involved should be constantly re-inventing themselves to stay on trend.  It is sad that the Latin music business still has a glass ceiling for women and that must change. We need more women writers, producers, executives etc. Up to now it has been a mostly male driven business.”