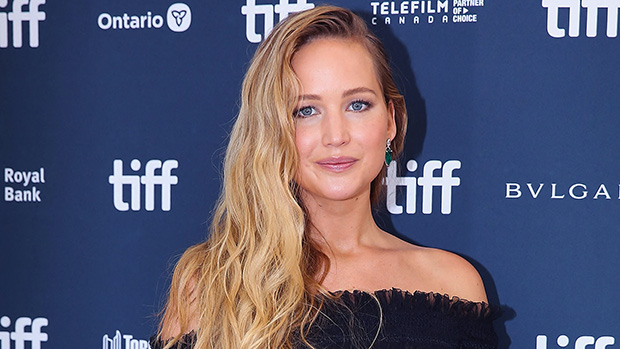 Being a new parent is one of the hardest things anyone can do! Jennifer Lawrence opened up about some of her worries while talking to Viola Davis for a brand new “Actors on Actors” discussion for Variety, released on Wednesday, December 7. Jennifer, 32, who had her first child in February, revealed that she often questions herself when spending time with her son Cy, 9 months. “Every day of being a mom, I feel awful. I feel guilty,” she said.

“Every day of being a mom, I feel awful. I feel guilty,” Jennifer Lawrence tells Viola Davis of her parenting anxieties. #ActorsOnActors https://t.co/TqYPwE3e0E pic.twitter.com/cPPxTdFqnl

Jennifer also revealed some of the questions that she asks herself as she bonds with her baby boy. “Is this what he wants to be doing? Should we be outside? We’re outside. What if he’s going to get sick? Should we be inside? Is this enough? Is this developing your brain enough?” she re-enacted. “Is that a milestone or is that a bad sign?”

The Silver Linings Playbook star shared a more specific instance where she felt that her son wasn’t verbalizing sounds that she’d expected. “I worried that my son was starting to say ‘Kuh’ instead of ‘Duh-duh.’ I thought that’s the back of the throat. That’s not the front. That’s not the front of the mouth,” she quipped. “Who do I call that’s going to calm me down and not go hmm?”

Viola, 57, assured Jennifer that being incredibly anxious for your children’s sake is a very normal part of being a mom, and she shared her own story about a time when she was very anxious about her daughter Genesis and made a scene in a Target parking lot.  “I locked my kid in the car for about three minutes,” she began in a different clip. “It was sweltering hot outside. I was overwhelmed. I had 50 million things on my plate. My daughter was in the back. She’s happy. All of that, and I’m just so stressed out going to Target.”

She explained that when she got to Target she started leaving the car and realized that she locked her keys in the car and proceeded to scream in the parking lot. “I threw myself on the concrete, Jennifer. I threw myself in the parking lot. There was construction going on. I screamed. You would think I was in a Greek tragedy. ‘My baby, Jesus,’” she said. The Fences star revealed that she found two men, who she asked for help who told her to call 911, and she said she screamed “every expletive” at the operator, and thankfully, they were able to quickly help her rescue her daughter from the car.

Viola continued and said she had some trouble calming down even after the episode and just did some “mindless walking around” in Target, but a friend told her that it was all part of being a mother. “I call my friend Michelle, and I said, ‘Michelle is this what being a mom is?’ She said, ‘Viola, I’m sorry, but yeah, it is,’” she said.

Everything About Kylie McDevitt – Hollywood Life