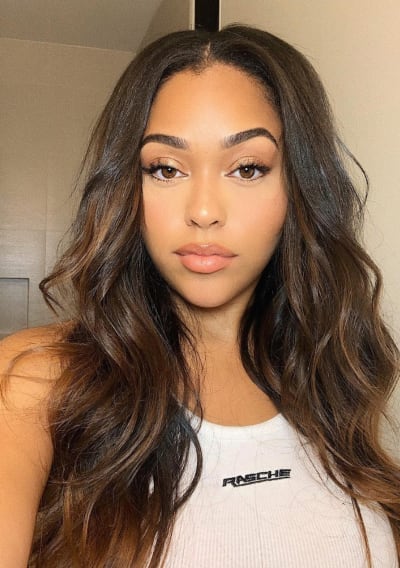 It’s a hard time to be Jordyn Woods.

Just a few weeks ago, Jordyn was living in Kylie Jenner’s guesthouse, enjoying all the benefits that come with being best friends with the world’s youngest billionaire.

These days, however, Jordyn is living at home with her mom after suffering a swift and brutal fall from grace.

As you’ve likely heard by now, Jordyn hooked up with Tristan Thompson, who at the time was still dating his baby mama — and Kylie’s beloved older sister — Khloe Kardashian.

Needless to say, Kylie was not thrilled to learn that her best friend betrayed her family in such insidious fashion, and she made her displeasure clear by giving Jordyn the boot.

From an outsider’s perspective, the situation may seem pretty cut and dried:

Jordyn messed up big time, and now her punishment is a lifetime of exile.

But even though Khloe went off on Jordyn and accused her of making misleading statements in a series of recent tweets, Kylie reportedly harbors some sympathy for her former friend.

So it’s possible that there’s a path to redemption for Jordyn.

Unfortunately, it will likely involve two tasks that Woods might be unwilling or incapable of performing:

First, she’ll have to prove she wasn’t lying when she claimed the hookup was a one-time thing.

(Several sources have claimed that Jordyn and Tristan had been hooking up for a month before they got caught.)

Second, she’ll have to participate in Kris Jenner’s campaign to turn this whole mess into a ratings bonanza for Keeping Up With the Kardashians.

And now, it looks like Jordyn may have the opportunity to accomplish both those tasks at once.

“They really want Kris Jenner to polygraph Jordyn for the upcoming season of the show,” a production source tells Radar Online.

“Everyone wants to settle this once and for all, and they’ve approached Jordyn with the idea and she is considering it.”

Amazingly, one of the people who’s eager to leave this whole scandal in the past is Khloe Kardashian.

“Khloe wants this to be over and she also doesn’t want to look more wrong than she already does,” says the insider.

It’s a far cry from Khloe’s feelings on the topic just last week.

“Why are you lying @jordynwoods ??” she tweeted in response to Jordyn’s interview with Jada Pinkett Smith.

“If you’re going to try and save yourself by going public, INSTEAD OF CALLING ME PRIVATELY TO APOLOGIZE FIRST, at least be HONEST about your story. BTW, You ARE the reason my family broke up!”

Harsh words, but it seems Khloe may not be the type to hold a grudge.

Her future as a part of the extended Kardashian clan depends on it.