TVMaskBest Source for Celebrities News, Movies & TV Shows
HomeTrendingJustin and Claire Duggar: We're Learning So Much About Each Other as...
Trending 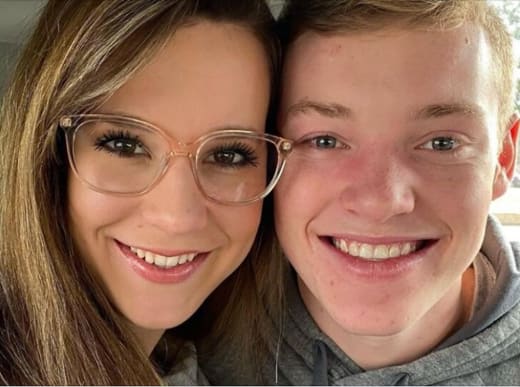 Justin and Claire Duggar have sat down for their first joint interview as husband and wife, opening the TLC-sponsored video with a bombshell:

They really have settled down in Texas!

Despite most of Justin’s controlling family residing in Arkansas, the very young couple says in their update that they’ve decided to live close to Claire’s parents and close to Claire’s hometown in the Lone Star State.

“We are super excited for this next chapter of our lives — just to not ever have to leave one another ever again,” Claire says in the video. “It’s been something that we’ve waited for.”

Her 18-year old husband then chimed in with the news we stated above:

“We’ve decided to settle down in Texas, kind of around Claire’s parents and their hometown.”

Justin and Claire got married on February 26, allegedly after a year or so of courting.

However, there’s been chatter that this union was arranged by Jim Bob Duggar — and while we certainly can’t confirm that rumor, it’s evident that Duggar and Spivey know very little about each other.

“Something new that I’ve learned about Claire is that she can’t go in the mornings without a cup of hot tea,” Justin says in the interview.

“She always has to have her hot earl grey tea and done a certain way, which I’m figuring out. But, I think it’s cute.”

It’s also something nearly every other husband would have known about his wife long before exchanging vows.

Of course, due to some strict Duggarr family rules, Claire and Justin never even kissed prior to their wedding ceremony… let alone spent the night together.

“In the mornings, I’ll have to get up and have a little bit of time to get ready. He can wake up and be like, ‘Oh, I’m supposed to be out the door in 10 minutes. Got to go!’

“Once he finally gets out of bed, I’m really jealous that you’re just able to roll with it and go so quickly.”

As for what the two do as a married pair?

They obviously work on getting pregnant.

And they go bike riding, according to Spivey.

“I had never done it a whole lot before,” she said.

“I knew how to ride a bike, but last summer, his family really got into biking and he introduced me to it. Going on long bike rides has become a fun thing for us to do together.”

Following their big day, Justin and Claire said the following to People Magazine:

“We are so thankful for the love of Christ that has brought our lives together and teaches us what real love looks like.

“There is no greater joy than marrying your best friend.

“We are thankful for the prayers and support so many have shown us through our engagement and look forward to this new chapter of our lives together as husband and wife.”

Days after their nuptials, Justin shared a teaser video that featured intimate moments from their special day, including their very first kiss as husband and wife.

“The wedding day was awesome. I mean, of course that’s every guy’s expression, but it was really something that was super memorable,” Justin says in this new TLC video.

“[I] wish we could go back to that day every once in a while and play it all over again.

“It was just so awesome.”

That’s a nice thing for Duggar to say and think.

We can only imagine what he would have to say about his wedding night!

If you know what we mean!