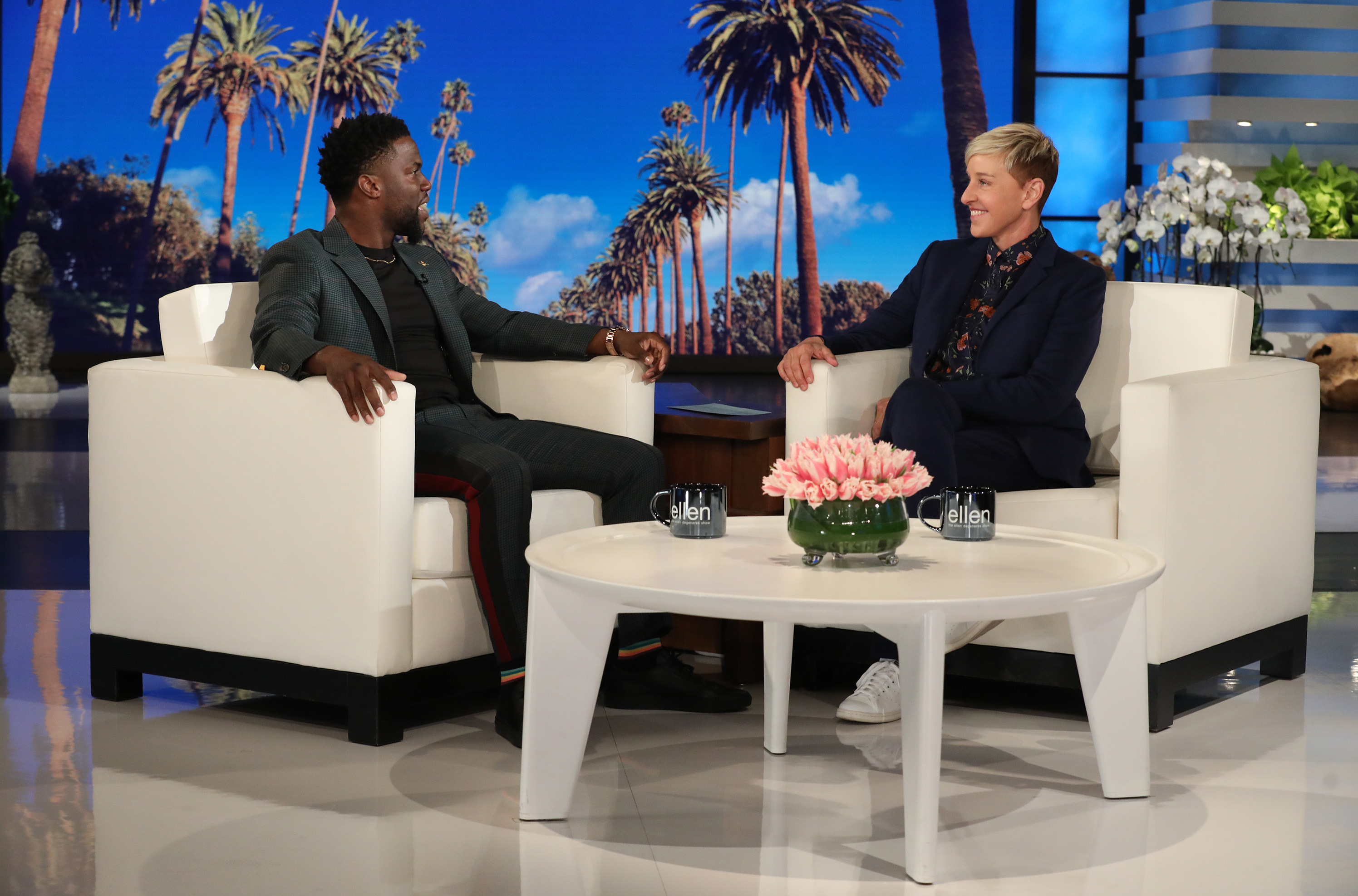 In an emotional, hour-long appearance on Ellen that will air Friday morning, Kevin Hart says he is "evaluating" reprising his role as the 2019 Oscars host after Ellen DeGeneres called the Academy to vouch for him following a controversy over past anti-gay tweets.

The comedian's remarks come almost a month after Hart, the Academy of Motion Picture Arts and Sciences' initial choice for the hosting position, stepped down amid controversy over past homophobic remarks. When presented with an Academy ultimatum that he apologize for those remarks or leave the post, Hart first refused to apologize and passed on the gig, and then ultimately expressed regret for his remarks.

Speaking with Ellen DeGeneres on Friday, the Ellen and former Academy Awards host revealed that she called the Academy on Thursday because she wanted Hart to host. "I called them, I said, 'Kevin’s on, I have no idea if he wants to come back and host, but what are your thoughts?' And they were like, 'Oh my God, we want him to host! We feel like that maybe he misunderstood or it was handled wrong. Maybe we said the wrong thing but we want him to host. Whatever we can do we would be thrilled. And he should host the Oscars.'”

The Hollywood Reporter has reached out to the Academy for comment on this rendition of the conversation.

Hart later said he would "assess" whether he was interested in reprising the role. Hart told DeGeneres, "Leaving here, I promise you, I'm evaluating this conversation. This is a conversation I needed to have, I'm glad that I had it here, and I'm glad that it was as authentic and real as I could have hoped that it would be. So let me assess, just to sit in this space and really think, and you and I will talk before anything else."

Earlier in the program, DeGeneres, who says she began speaking with Hart about hosting the Oscars after she hosted the ceremony for the second time in 2014, defended Hart. “As a gay person. I am sensitive to all of that. You’ve already expressed that it's not being educated on the subject, not realizing how dangerous those words are, not realizing how many kids are killed for being gay or beaten up every day. You have grown, you have apologized, you are apologizing again right now. You’re done it. Don’t let those people win — host the Oscars.”

The significance of opening up about the December drama with DeGeneres could hardly be lost on Hart: The host, herself an out gay woman, famously came out on a 1997 Time magazine cover and on her TV show, the ABC sitcom Ellen, in a milestone moment for LGBT representation in the medium.

On Thursday night, DeGeneres tweeted that Hart's appearance was originally scheduled to air Monday, but that she had decided to move the segment up because she didn't want to sit on it: "I had an incredible and honest conversation with @KevinHart4real about hosting the #Oscars. It was supposed to air on Monday. I don’t want you to have to wait, so now it’s gonna air tomorrow," she wrote.

Later, once clips of her show had posted online, DeGeneres added on Twitter, "I believe in forgiveness. I believe in second chances. And I believe in @KevinHart4real." In another tweet, she said, "In this conversation, @KevinHart4real was authentic and real, and I’m in his corner. #OscarsNeedHart."

The statements that initially caused an uproar over Hart's hosting gig included a 2012 tweet that said, "Yo if my son comes home & try's 2 play with my daughters doll house I'm going 2 break it over his head & say n my voice 'stop that's gay.'" Another from 2010 said a user's avatar profile pic looked "like a gay bill board for AIDS." In a 2009 tweet he called someone a "fat faced fag."

In his eventual apology, Hart said, "I sincerely apologize to the LGBTQ community for my insensitive words from my past." He added, "I'm sorry that I hurt people. I am evolving and want to continue to do so. My goal is to bring people together not tear us apart. Much love & appreciation to the Academy. I hope we can meet again."

This article originally appeared in THR.com.